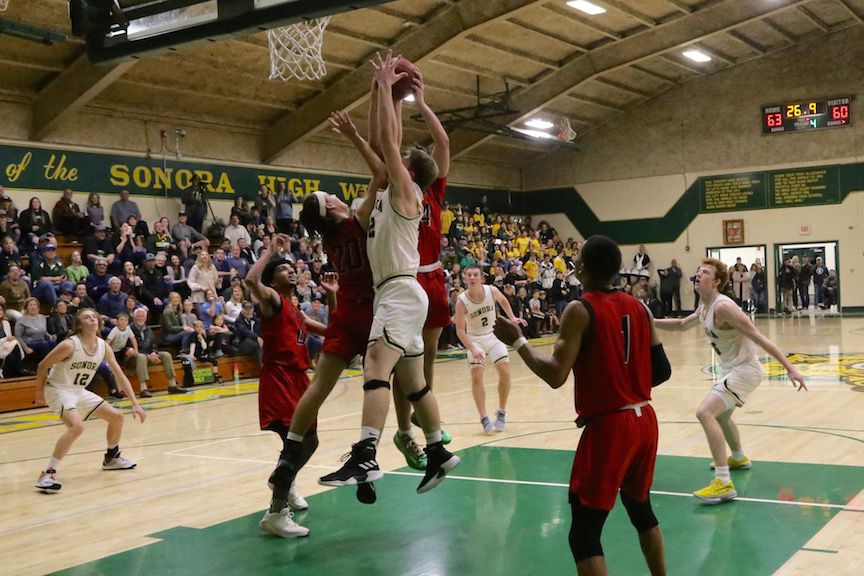 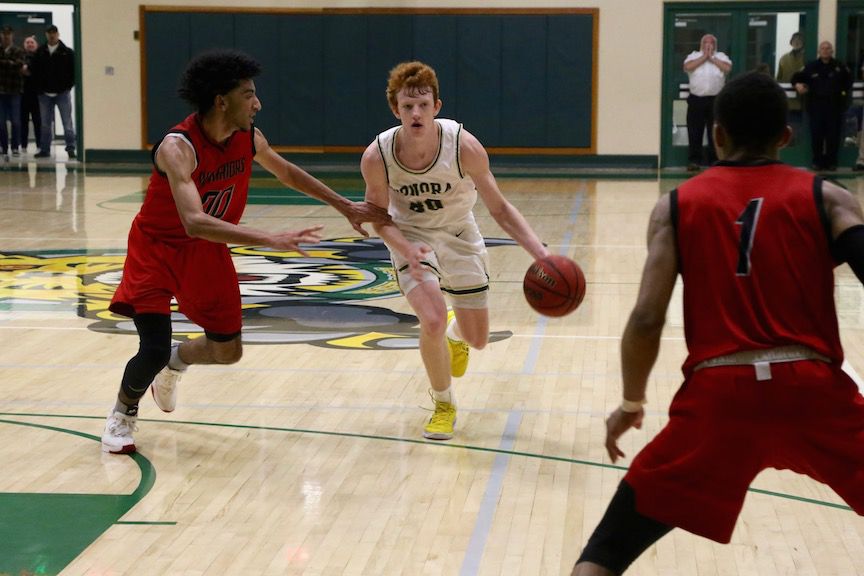 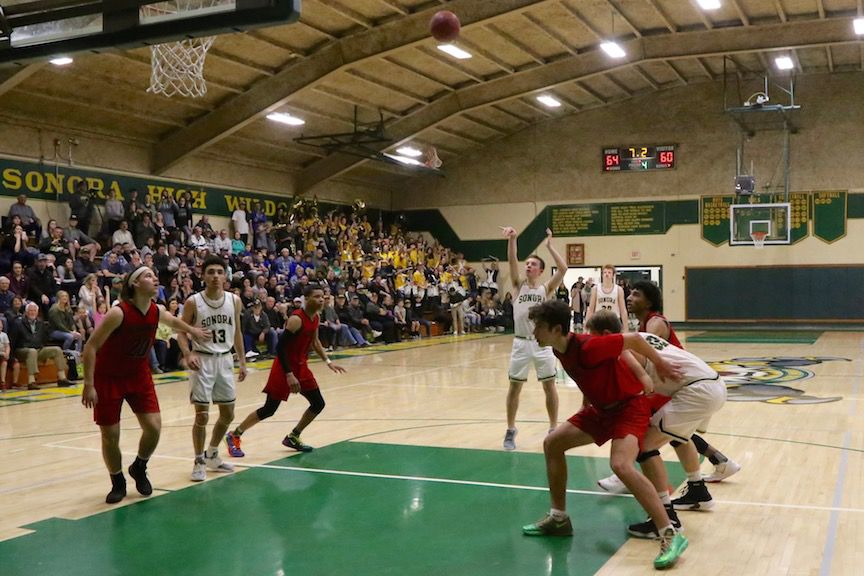 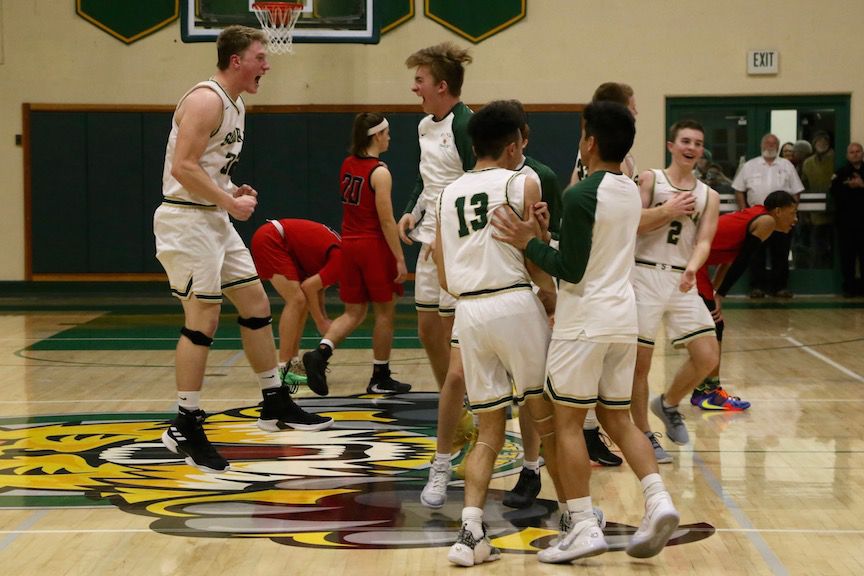 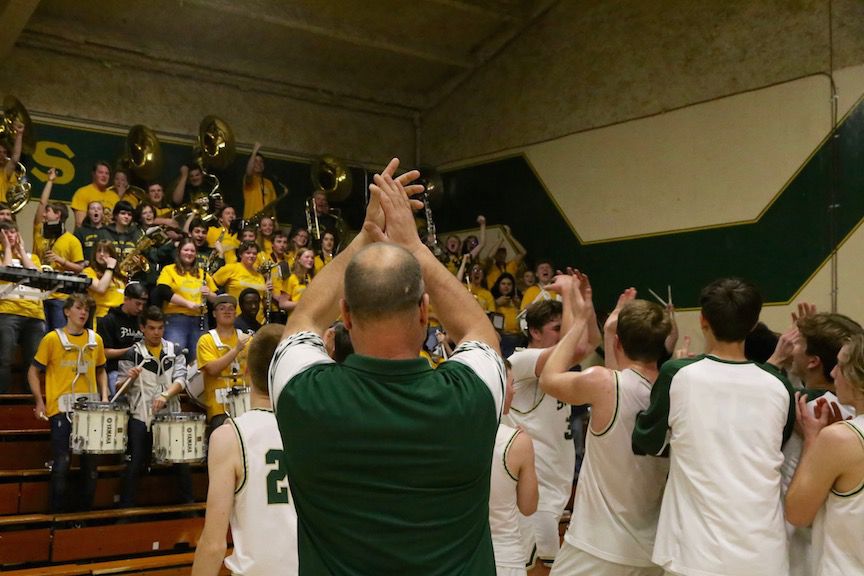 West Campus trailed 57-46 with under 7 minutes on the clock in regulation, and they fought back with physical rebounding and clutch shooting to close the gap to 63-60 with less than a minute left. The visitors then missed on three straight free throws, and Sonora’s Jon Mayben drained two from the foul line to put the game out of reach with 7.2 seconds left.

Mayben and Spencer Capello made timely baskets in the second half, Austin Patterson “was a beast,” and Sonora’s big boys, Gabe Milbourn and Devon Dye played huge inside, Lloyd Longeway, the Wildcats head coach, said in the midst of raucous celebration on the floor in Sonora’s home gymnasium.

“I’m really proud of my guys!” Longeway hollered between high fives, handshakes and hugs near center-court. “That was a good West Campus team!”

Sonora’s close win sets up a Mother Lode showdown for the ages at 7 p.m. Tuesday, when #1 Sonora hosts #5 Calaveras, with the winner going to the Division IV final at 4 p.m. Thursday at Golden 1 Center in downtown Sacramento.