Sign Up
Log In
Purchase a Subscription
You have permission to edit this article.
Edit
Home
News
Sports
Lifestyle
Obituaries
Photo Galleries
Videos
e-Edition
Classifieds
Special Publications
Share This
1 of 14 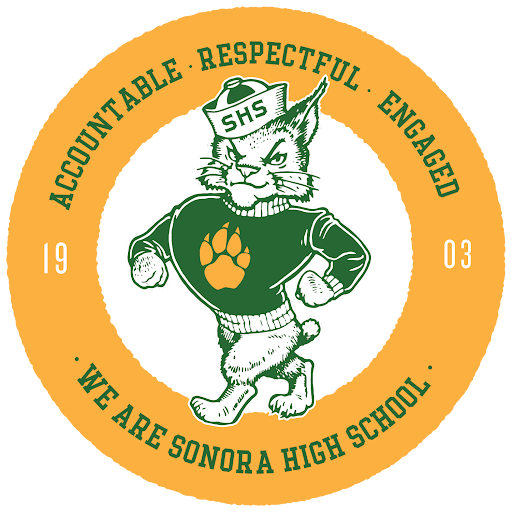 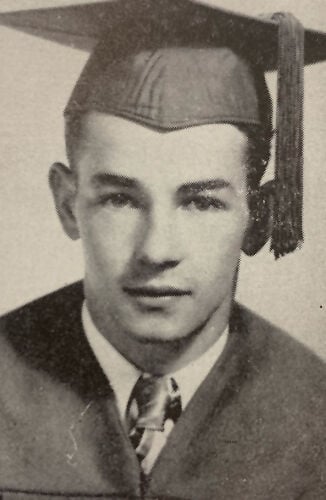 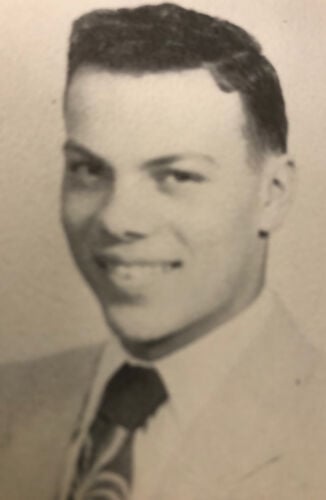 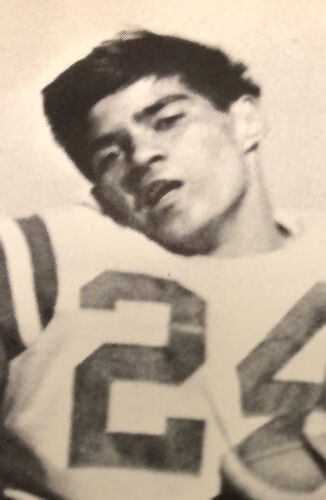 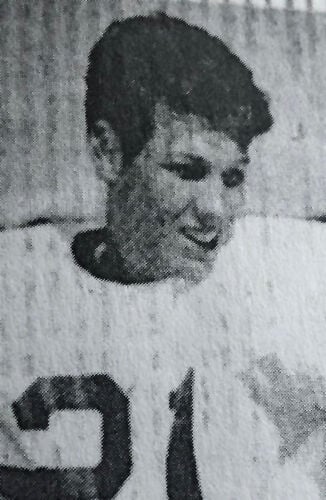 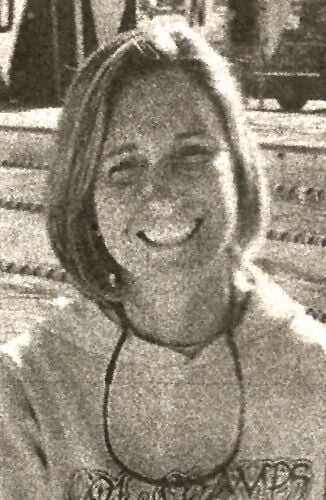 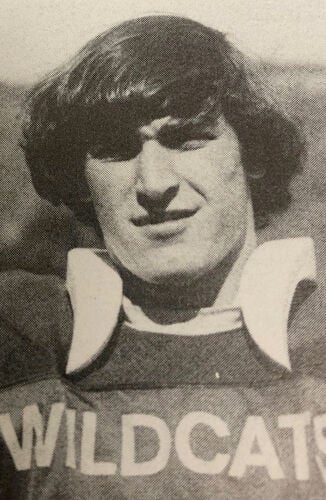 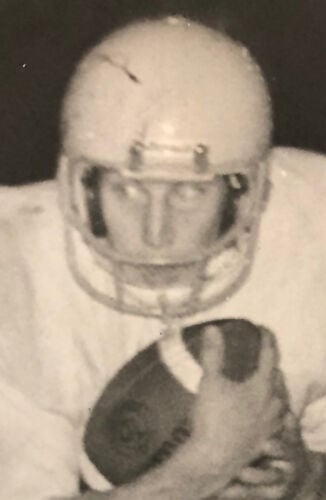 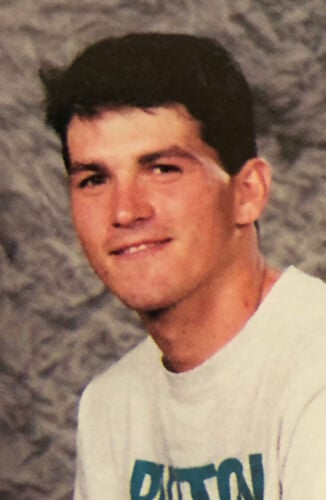 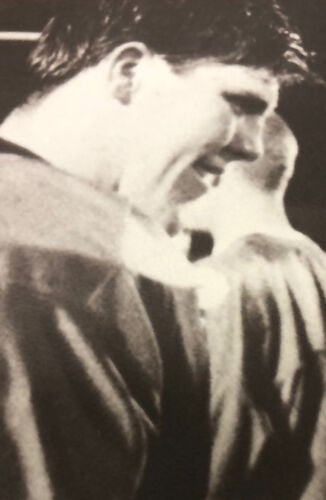 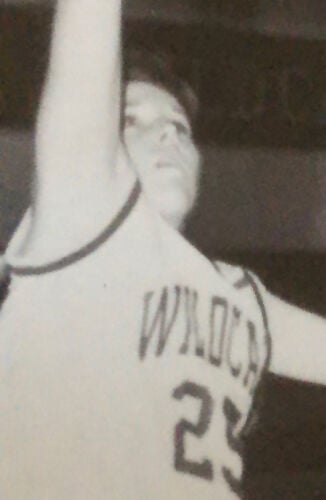 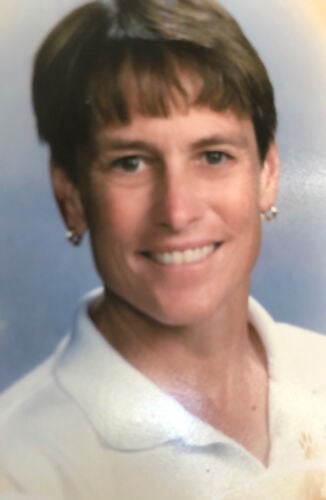 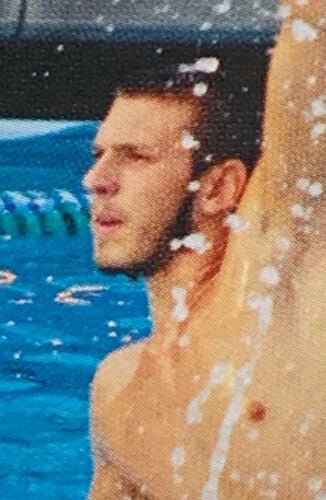 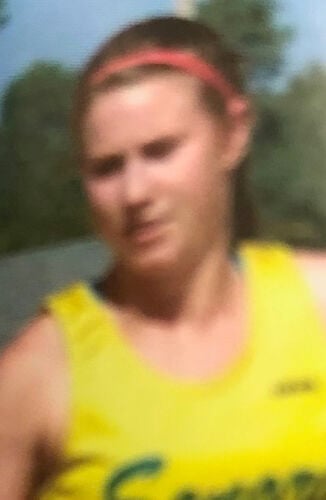 This year, 13 athletes and coaches will represent both the 2020 and 2021 classes. The public is invited to attend.

Reservations to attend the event should be made by Oct. 1. The cost for adults is $40 per person and children 12 and under is $20. There will also be a raffle the night of the banquet.

Wivell participated in football, baseball, basketball and track. He played both offense and defense in football, and played one year at University of California, Berkeley. He played four years on the varsity baseball team at second base. He also ran the sprints in track and played guard in basketball. He received the Fred Rowe Most Outstanding Male Athlete Award for the class of 1950.

Riedel participated in football, baseball, tennis and track. He played multiple positions in football, including halfback, quarterback, special teams and linebacker on defense. He excelled in track and was very fast, running the 100, 220 ,440 dashes, 440 relay team and the 330 hurdles. He was a co-recipient of the Fred Rowe Award for the Outstanding Male Athlete Award for the class of 1954.

Fernandes participated in football, wrestling and track. He was the Valley Oak League (VOL) All-League football player at the halfback position and noted for his quickness and speed. In wrestling, he was a four-year varsity letterman and named the Sub-Section MVP for the middleweight division. In track, he ran the hurdles, long jumped and was a member of the 440 relay team. He received the Fred Rowe Outstanding Male Athlete Award for the class of 1963.

Menzes participated in football, basketball, baseball and golf. In football, he was selected as the team MVP and as the First Team All-League both on offense and defense. He played point guard in basketball and was an All-League infielder in baseball. He received the Jack Wivell Most Inspirational Athlete Award for the class of 1969.

Hansten is the dean of Sonora High swimming. She started the program from scratch and built it into a powerhouse within the Sac-Joaquin Section. All total, her teams won 13 VOL championships. She was selected 2009-2010 CIF Model Coach of the Year. In 2010, she was awarded National Federation High School Boys’ Swimming Coach of the Year. She has published two books on swimming workouts.

Lilly participated in football and track. He’s considered by many as one of the finest lineman to come out of Sonora High School. He was selected to the VOL All-League team on both sides of the ball. In track, he was the VOL League Champ in the discus throw and the shot put. He went on to play football and throw the hammer at California State University, Chico. He made the Division 2 track and field nationals in 1982 and 1984.

Dodge participated in football and baseball. In football, he made the MVC First All-League team as a receiver and as a defensive back. In baseball, he was a first team outfielder and had one of the highest batting averages in the league. He went on to play baseball at Modesto Junior College and was selected honorable mention his junior year and first team all Central Valley Conference his senior year. His 1983 baseball team still holds the records for most wins in a season in the school’s history.

Serva participated in football and track. He’s considered one of the finest receivers in the history of Sonora High School, where he caught 104 passes for a total of 1,925 yards along with scoring 20 touchdowns. He made the VOL All-League and All District teams both his junior and senior years. In track, he was an All-League long jumper, won the Section championship his sophomore year and placed in both his junior and senior years.

Russell participated in football, wrestling and track. He was a three-year varsity football player and named the VOL All-League player each year. He went on to become an All-District player and was selected to the All-State team. He wrestled for four years and was a VOL Champ and a league champ in track. He played football and was on the track team for two years at Modesto Junior College.

Bauer participated in volleyball, basketball and softball. She was on the varsity basketball team for three years and on the varsity softball team for four years — All-League each year in both sports. She was an outstanding shooter in basketball and an outstanding hitter and infielder in softball. She received a softball scholarship to California State University, Stanislaus, where she had a great career. She still holds 10 records that have stood for the past 16 years.

Mayhew coached and taught at Sonora High for over 20 years before losing her battle to leukemia. She coached volleyball for 20 years, winning six VOL junior varsity championships and three varsity championships. She coached boy’s tennis for 13 years, winning four VOL championships and appearing in two semifinal Sac-Joaquin Section tournaments. In her career, she was awarded All-District and All-Area Coach of the Year honors. In 2004, she was selected the Model Coach of the Year for the Sac-Joaquin Section. In the television series “Three Wishes,” she was granted her wish for the artificial turf on Dunlavy Field.

Martin participated in water polo, basketball and swimming. In basketball, he was a starting guard who was selected defensive player of the year twice. In swimming, he competed in many different events that led to multiple points for the team. It was in water polo where he excelled. His career record of 350 goals will last for many years to come. He made six All-Tournament teams and was a first team All-League player his junior and senior year. At that time, Sonora played in the very difficult Division 1 league (TCAL). He committed to play for University of California, Los Angeles, but when his coach retired he decided to stay home and is now coaching both water polo and swimming at Sonora High.

Lynn participated in cross country and track. She was one of the finest female distance runners to ever wear the green and gold. Running four years in each sport, she led her cross country team to the VOL championship in 2010 and again in 2012. She qualified in 2009 and 2010 for the National Junior Olympics and was named to the All-American team. In track, she was the VOL league champ in 1600m and 3200m distance events all four years. She won the Sub-Section championships in 2012. She went on to run for Troy University in Alabama for four years in cross country and track.