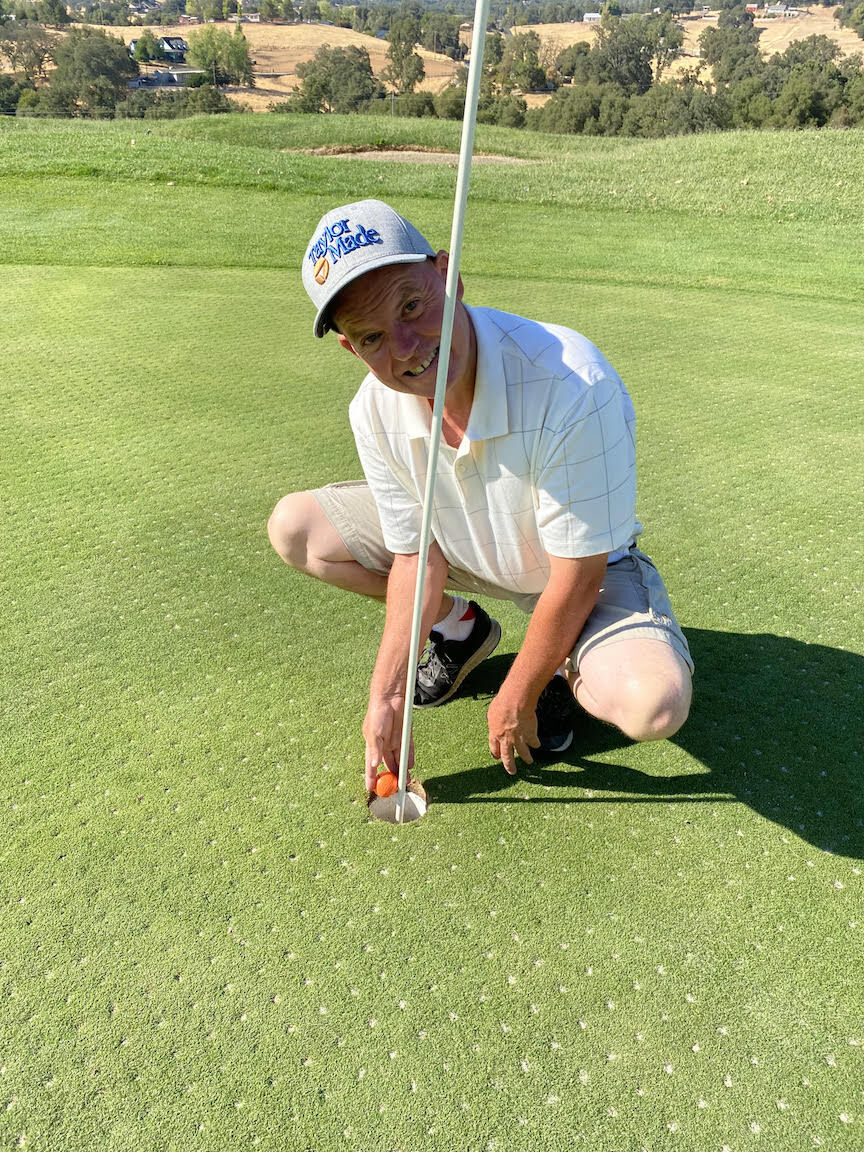 Special Olympics golf athlete David Cowley, 48, of Sonora, is all smiles after getting a hole-in-one while practicing about 4 p.m. Monday at Teleli Golf Club in Sonora. 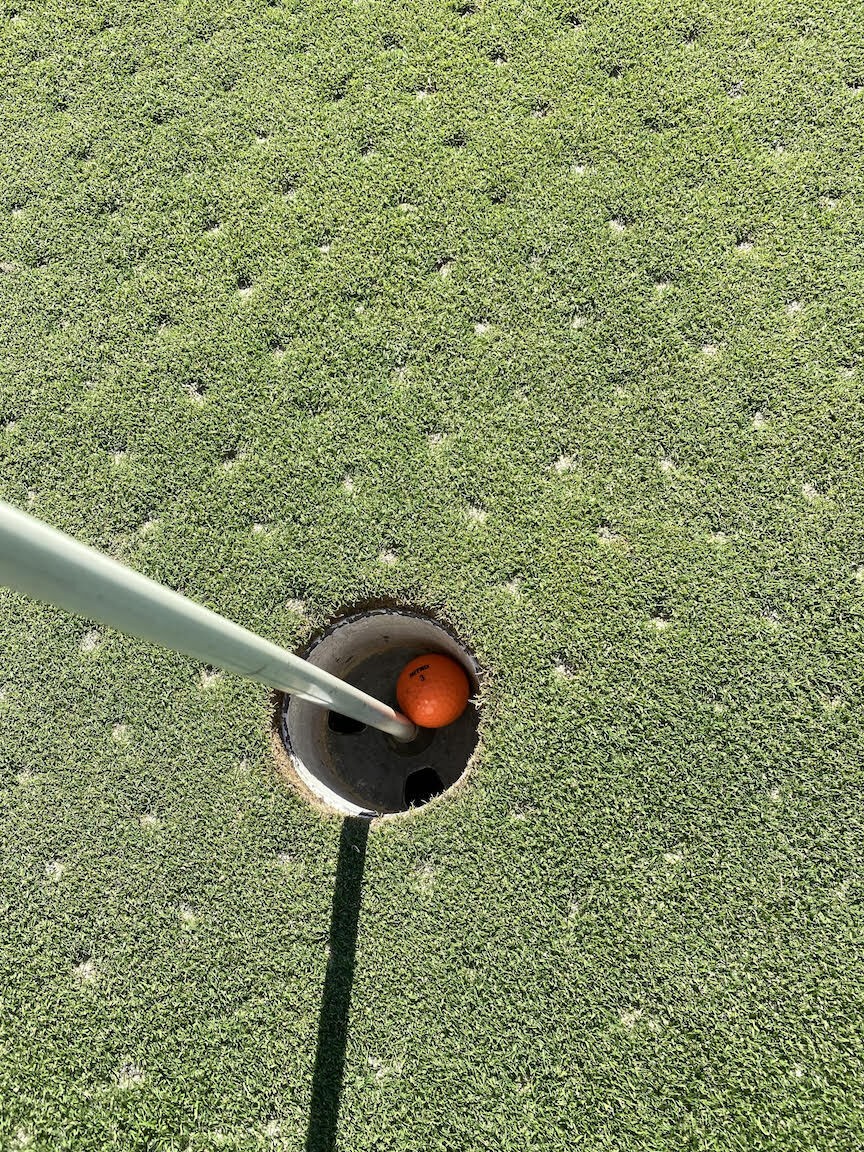 Special Olympics golf athlete David Cowley, 48, of Sonora, is all smiles after getting a hole-in-one while practicing about 4 p.m. Monday at Teleli Golf Club in Sonora.

Special Olympics athlete David Cowley enjoyed “one of the biggest thrills of his life” on Monday when he sunk a hole-in-one while practicing at Teleli Golf Club in Sonora, his coaches said.

Cowley, 48, of Sonora, was preparing for an annual tournament in Folsom that has since been cancelled due to COVID-19 when he aced hole No. 5, a 97-yard par three, using a 9-iron and an orange Nitro ball.

“I’ve played golf for 25 years and never had one,” said Kathi Kopyn, former area director for Tuolumne County Special Olympics, who submitted the story and photos to The Union Democrat.

Cowley has been participating in the Special Olympics golf program for several years and has progressed from an alternate shot format to playing in the nine-hole tournament on his own with a coach and caddie.

Olson immediately called Kopyn to share the exciting news after it happened about 4 p.m. Monday.

Kopyn noted that most golfers play a lifetime without ever sinking a hole-in-one, so Cowley has much to be proud of for that accomplishment.

Debi Fox is the current area director for Tuolumne County Special Olympics, which Kopyn noted is one of the biggest programs in California thanks to all the volunteers and coaches involved.