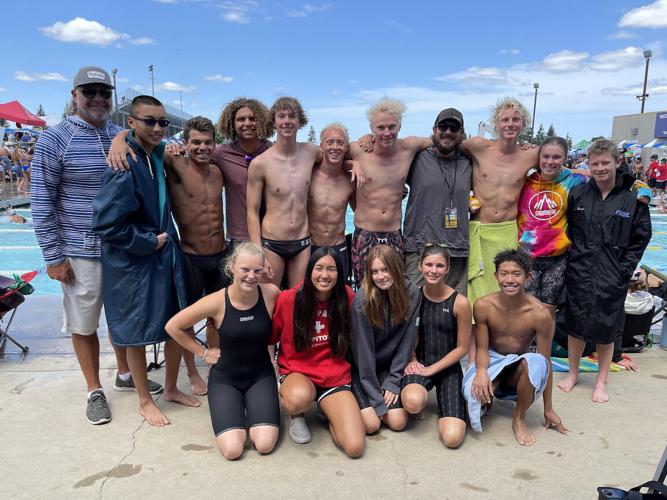 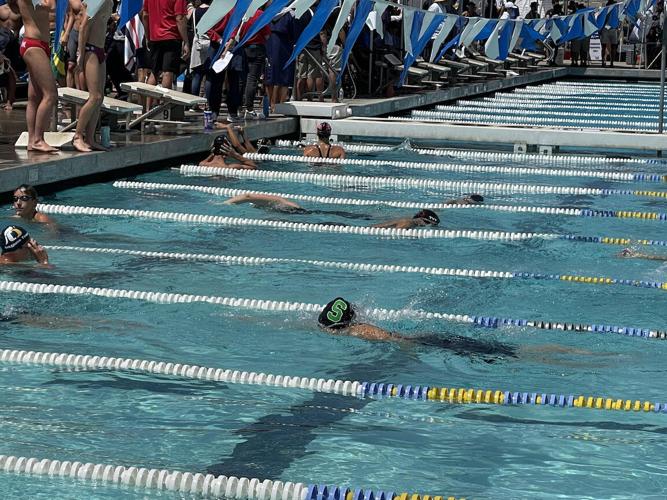 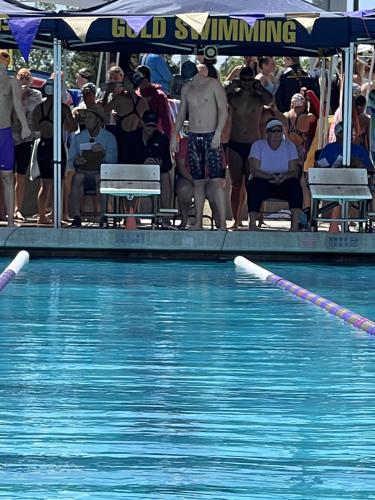 Jack Birtwhistle gets ready to swim the 100-meter freestyle last week at the CIF Sac-Joaquin Section Championships at Tokay High School in Lodi.

Jack Birtwhistle gets ready to swim the 100-meter freestyle last week at the CIF Sac-Joaquin Section Championships at Tokay High School in Lodi.

The Sonora High School swim team competed in the CIF Sac-Joaquin Section Championships last week at Tokay High School in Lodi, where every Wildcat recorded personal bests to cap off their season.

Sonora swimmers typically compete in Division III, but the section meet pitted them against 91 other schools mostly in divisions I and II. The Wildcats also finished the regular season as champions of the Mother Lode League.

Several Wildcats qualified for the finals on Saturday after strong finishes in the trials on Thursday and Friday.

Birtwhistle’s lifetime best of 21.66 seconds in the 50-meter freestyle not only qualified him for Saturday’s finals, it also broke a school record for Sonora that has stood since 2009. He also holds the school’s fifth-fastest finish all time in the 100-meter freestyle.

Those who advanced to the finals in the varsity boys 200 relay were Birtwhistle, Christian Felts, Nate Personius and Aidan Pink.

Birtwhistle, Personius, Pink and Keifer Newman also advanced to the finals in the 400 relay for the Sonora varsity boys.