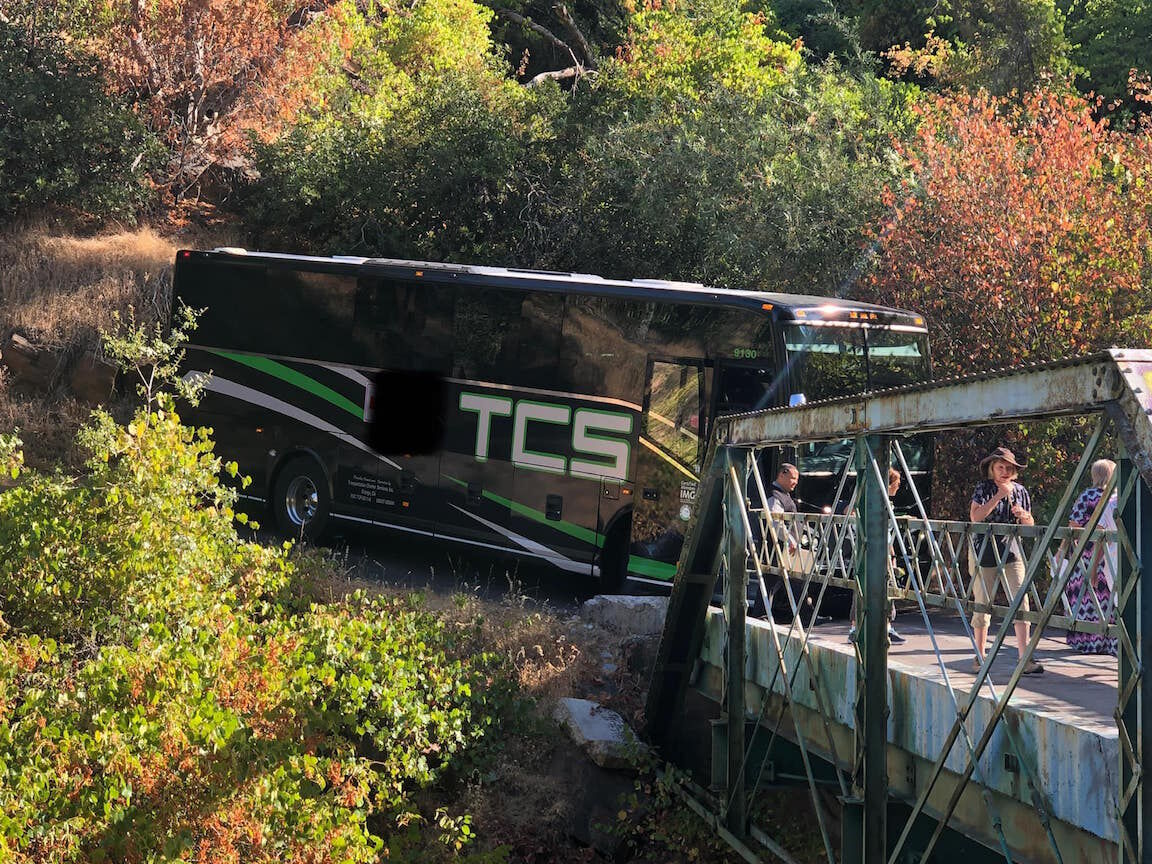 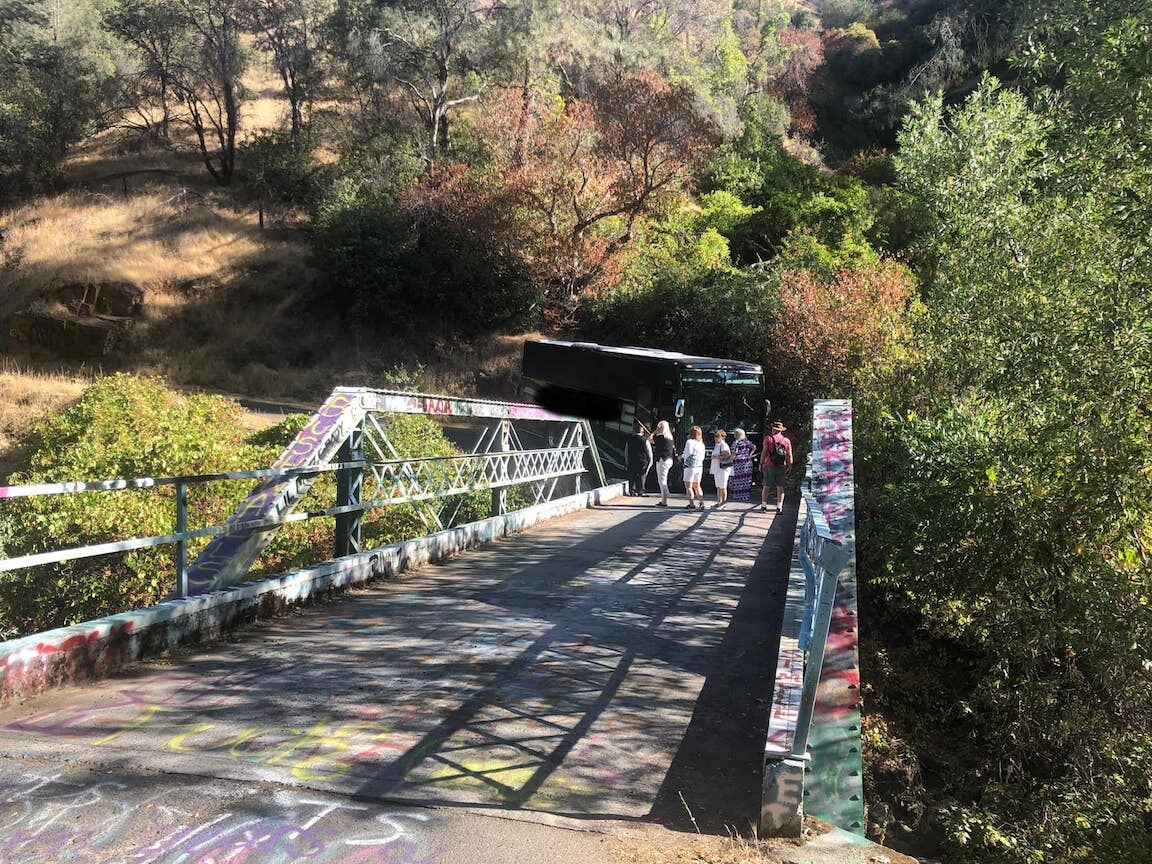 A tour bus became stuck on Wards Ferry Road on its way to Yosemite National Park from Black Oak Casino.

A tour bus became stuck on Wards Ferry Road on its way to Yosemite National Park from Black Oak Casino.

Cell phone map apps frequently suggest Wards Ferry Road as a shortcut between communities along Highway 108 and Yosemite, but anyone who’s ever been down the route knows it turns to single-lane switchbacks before it reaches the graffiti-covered Wards Ferry Bridge over the Tuolumne River.

That’s where all 27 passengers decided to get off the bus, rather than go back the way they came, CHP staff based in Jamestown said on Wednesday.

The CHP urged anyone coming to Tuolumne County to research their routes, and if a road looks questionable, to stop and ask for guidance.

The John Muir Trust said last week that growing numbers of visitors using Google Maps to try to get up Ben Nevis risked being directed to a route that is “highly dangerous, even for experienced climbers,” CNN reported.

Heather Morning, a safety advisor with Mountaineering Scotland, told CNN that Google Maps suggested other routes which would direct users towards life-threatening terrain when they sought to navigate the country's other high peaks, including 3,484-foot An Teallach.

Ben Nevis is the highest point in the British Isles, 4,413 feet above sea level.

Wards Ferry Road is a former footpath, horse trail, and wagon road that became known as Murderers Gulch because so many cold-blooded bandits, robbers, and assassins lurked in the steep-sided Tuolumne River canyon from the Gold Rush era to the 1890s.

In January 2019, a big rig driver hauling a pressurized propane tank trailer went off a curve at night on a narrow, winding, single-lane section of the former miner-mule trail, and slid hundreds of feet down a slope toward the Tuolumne River.