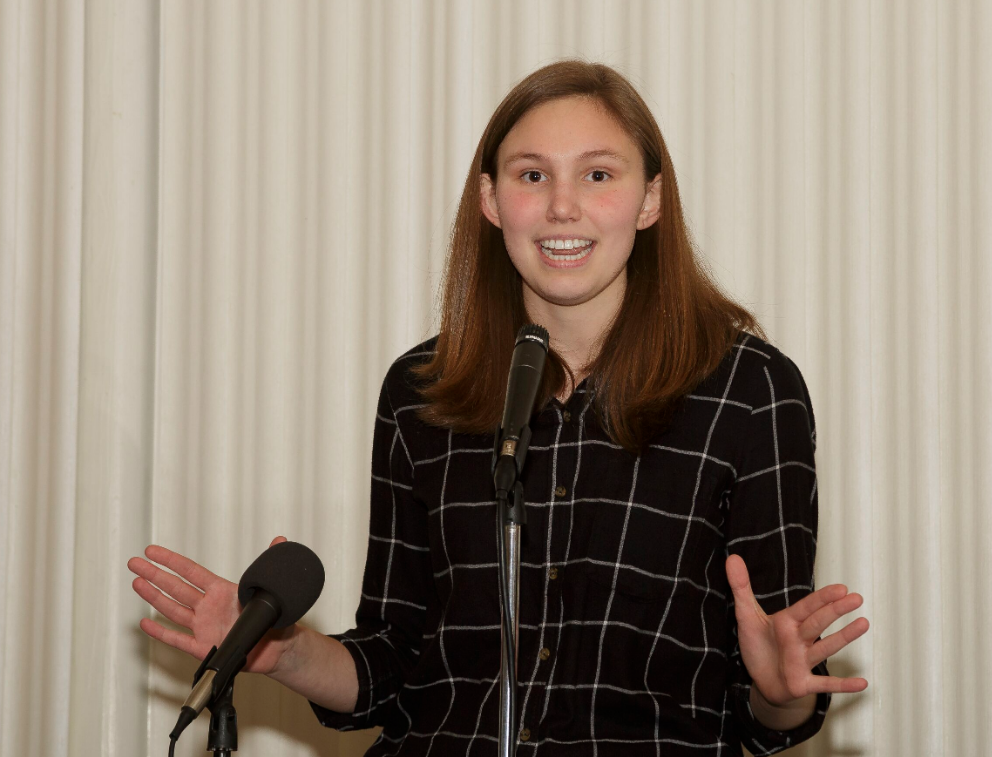 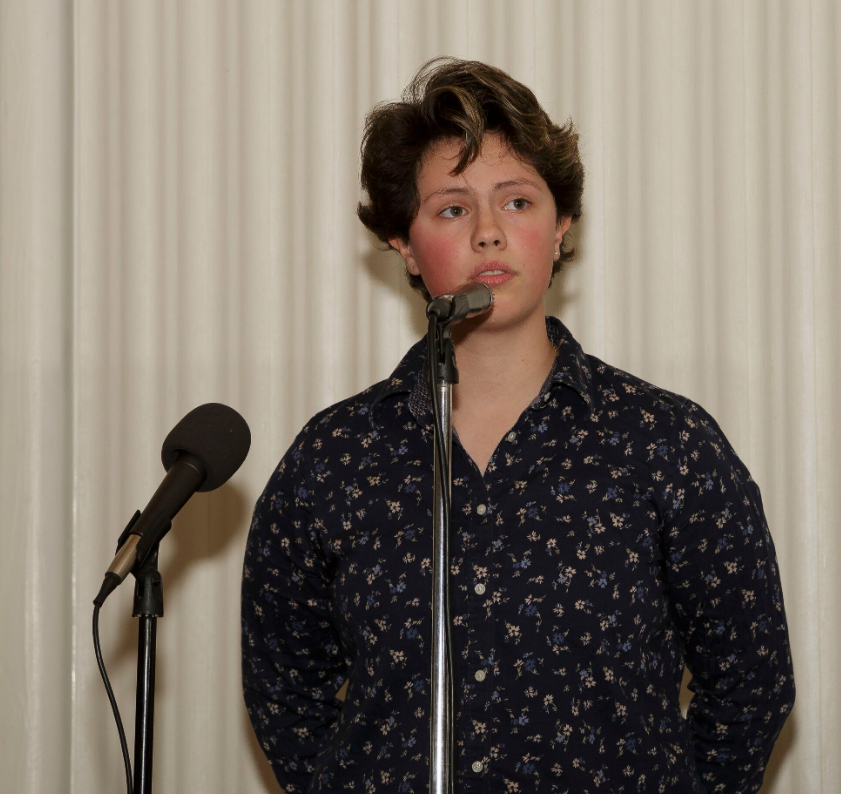 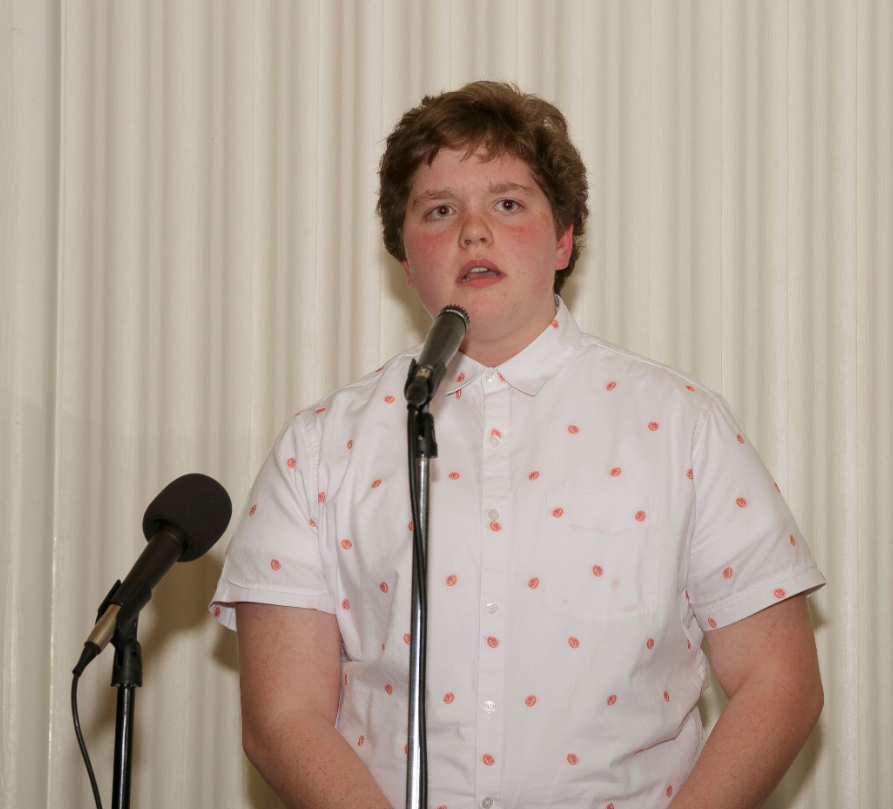 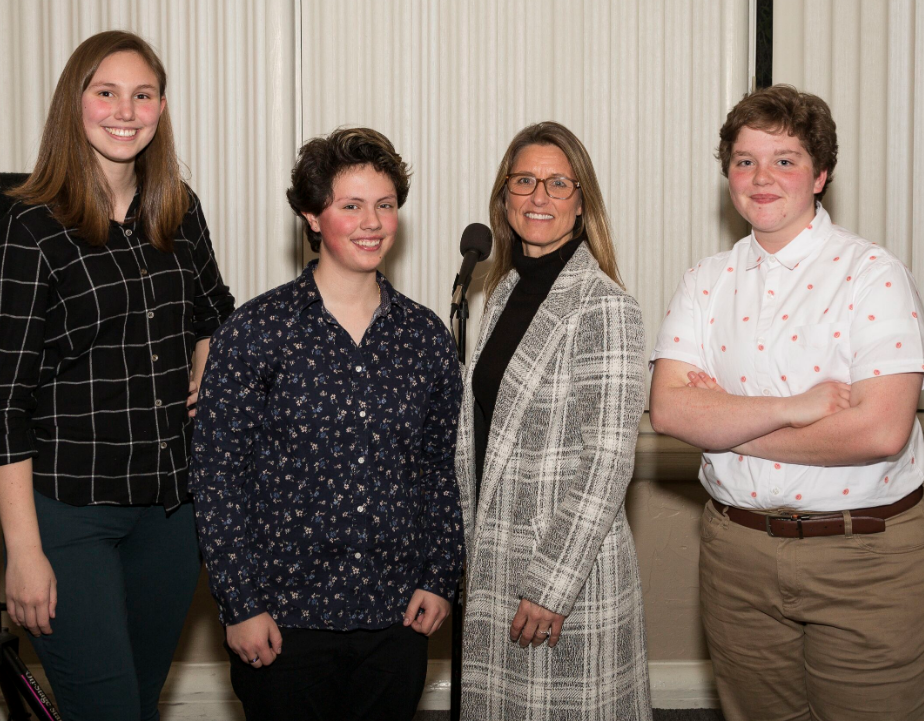 “These kids work so hard to get these poems to the place they end up,” said Holly Britton, the Poetry Out Loud coordinator for Tuolumne County. “It’s more than memorization.”

Students in the county event performed three poems and were judged on interpretation, presentation and accuracy.

Harris placed third in the Poetry Out Loud contest last year as a freshman.

Her father, Rod Harris, a music professor at Columbia College, said she became aware of Poetry Out Loud as an elementary school student when he and his wife, Susanne, took her and her siblings to the event.

He described his daughter, who was on a school field trip to Disneyland Friday, as a good student, a reader, pianist and actor who has a role in Summerville High’s upcoming performance of “Anne of Green Gables.”

“Valerie is the kind who is always looking for something extra,” he said.

She represented the county in the state spelling bee twice.

Students who win their school-level competition work with Britton for about a month, studying the poem and the poet, finding the poem’s meaning to be able to deliver it to the audience in a way that is both understandable and engaging.

Poetry Out Loud is a nationwide competition supported by the the California Arts Council, the Poetry Foundation and the National Endowment. Locally, the Sonora Area Foundation and Front Porch support the event, which is in its 12th year. It operates under the auspices of Tuolumne County Arts.

Tuolumne County has been represented twice in the national finals by Levi Lowe, then a student at Sonora Union High School student. He won the state final in 2015 and 2017.

Britton said poetry is essential, both for students and adults, because poems portray the heart of what it means to be human.

“Poems provide a tool to express feelings,” she said. “People who read poetry are compassionate, empathetic and are good listeners. They can be still and hear other voices.”