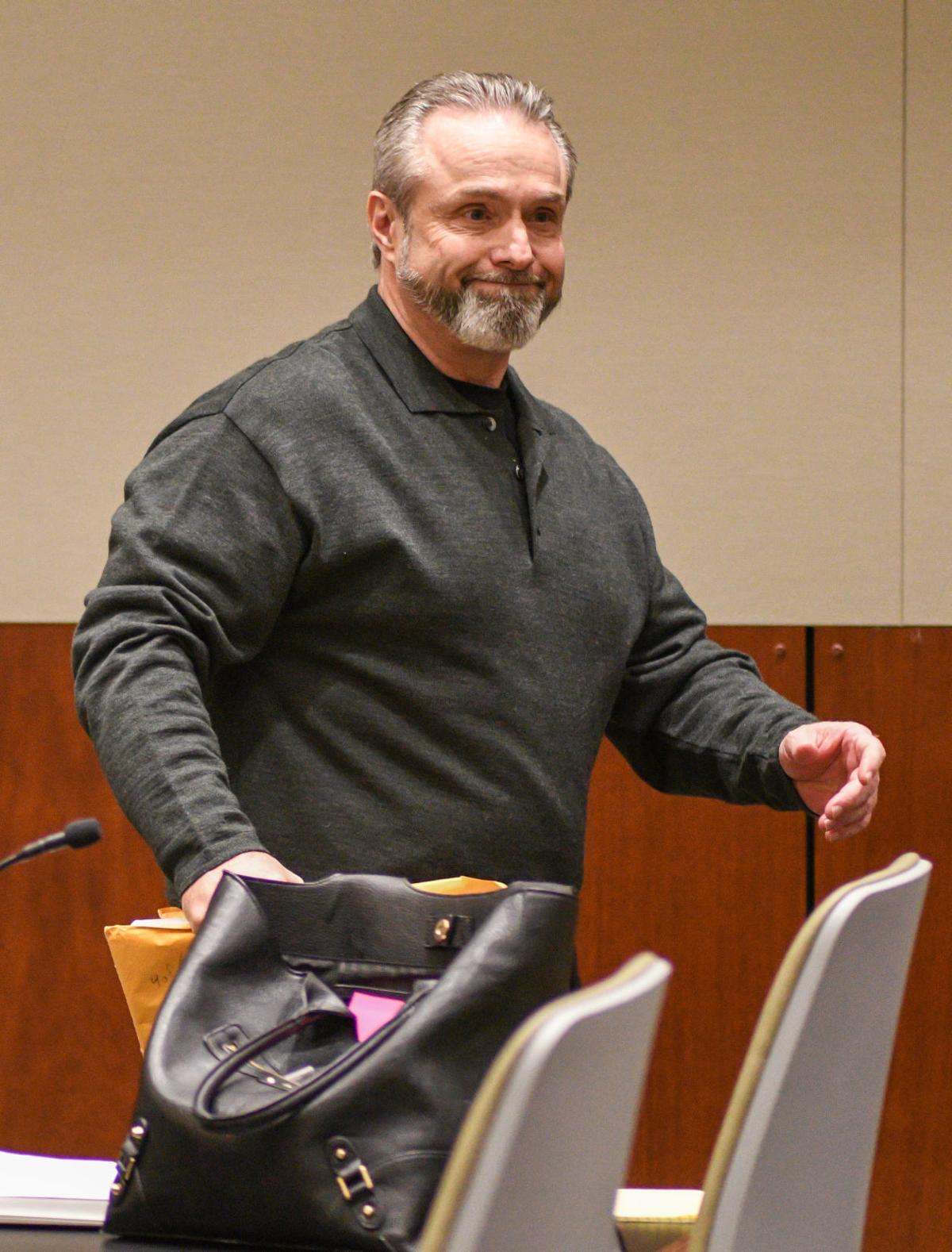 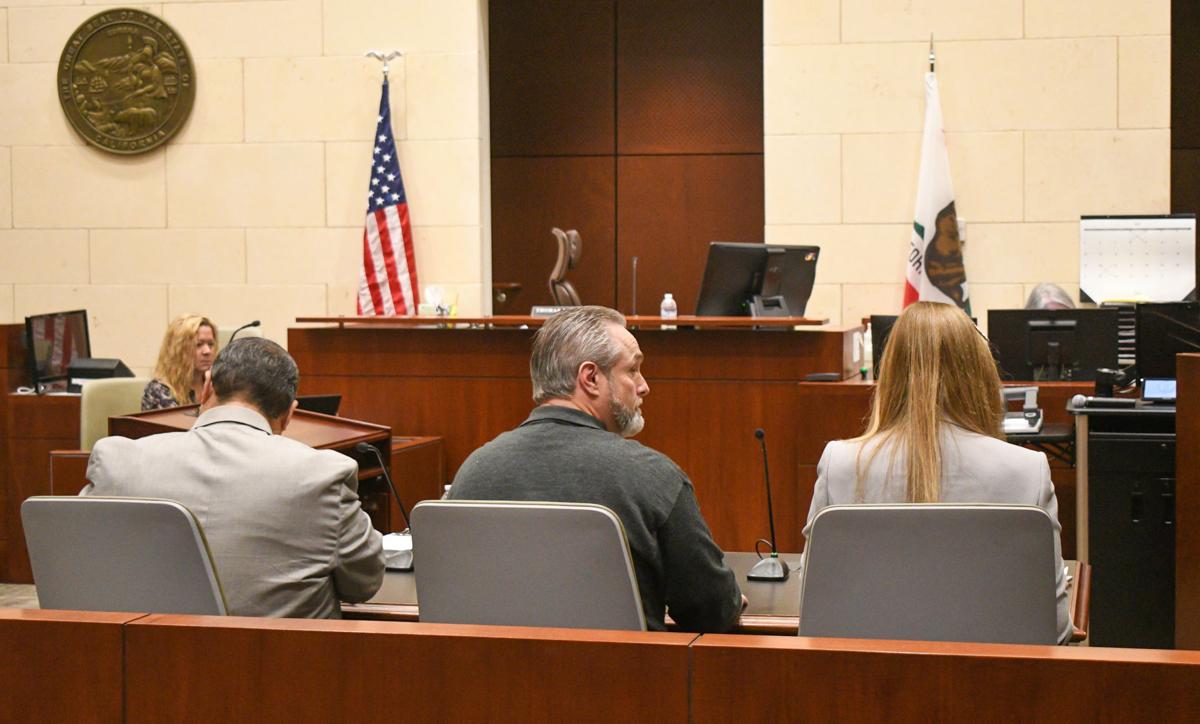 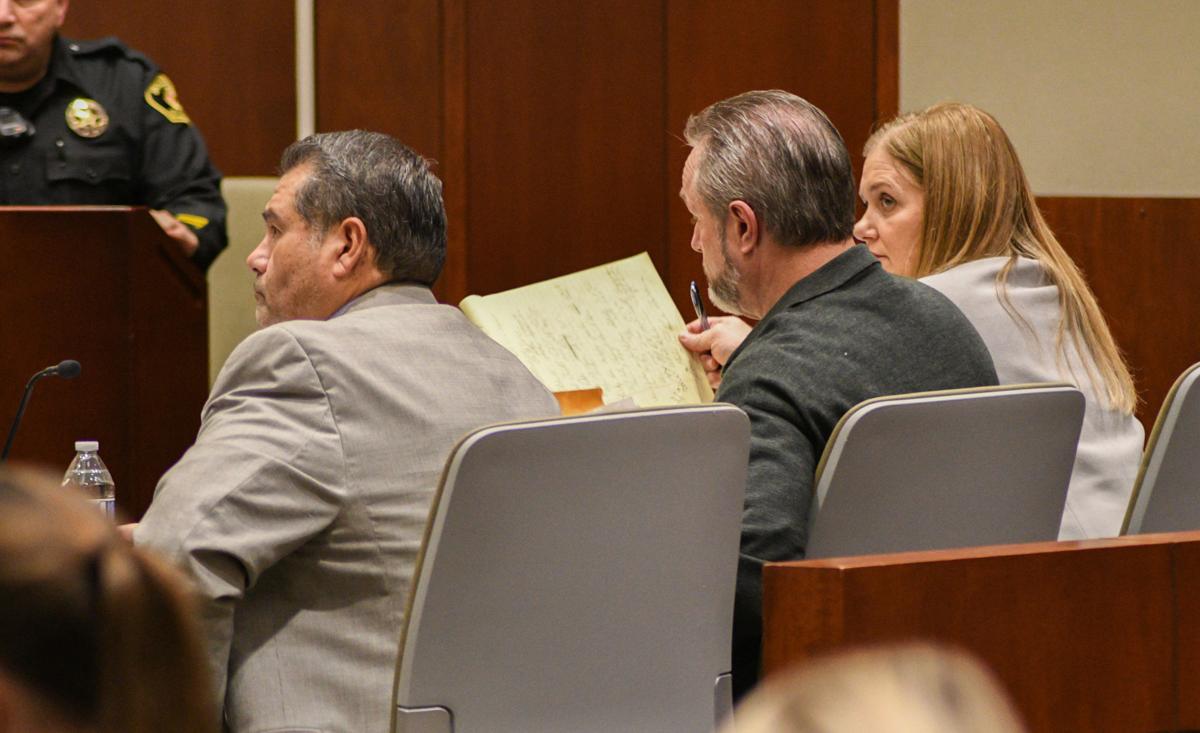 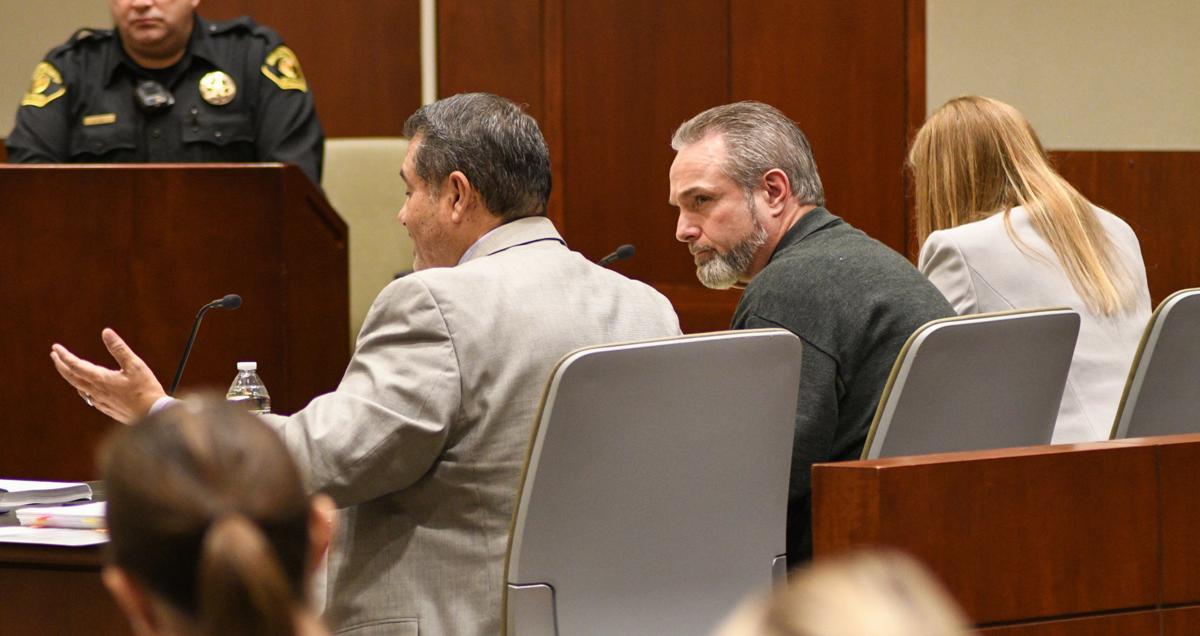 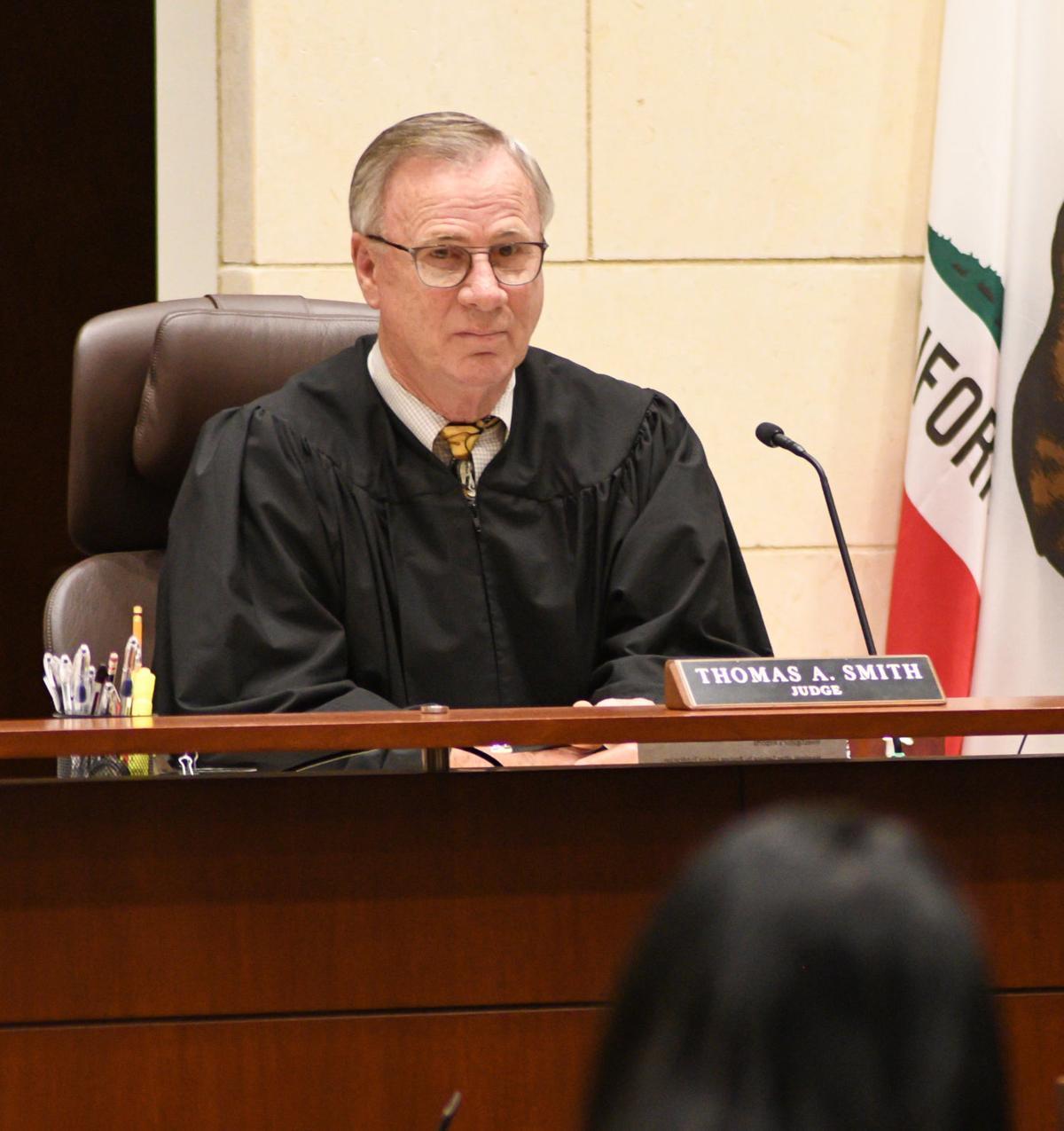 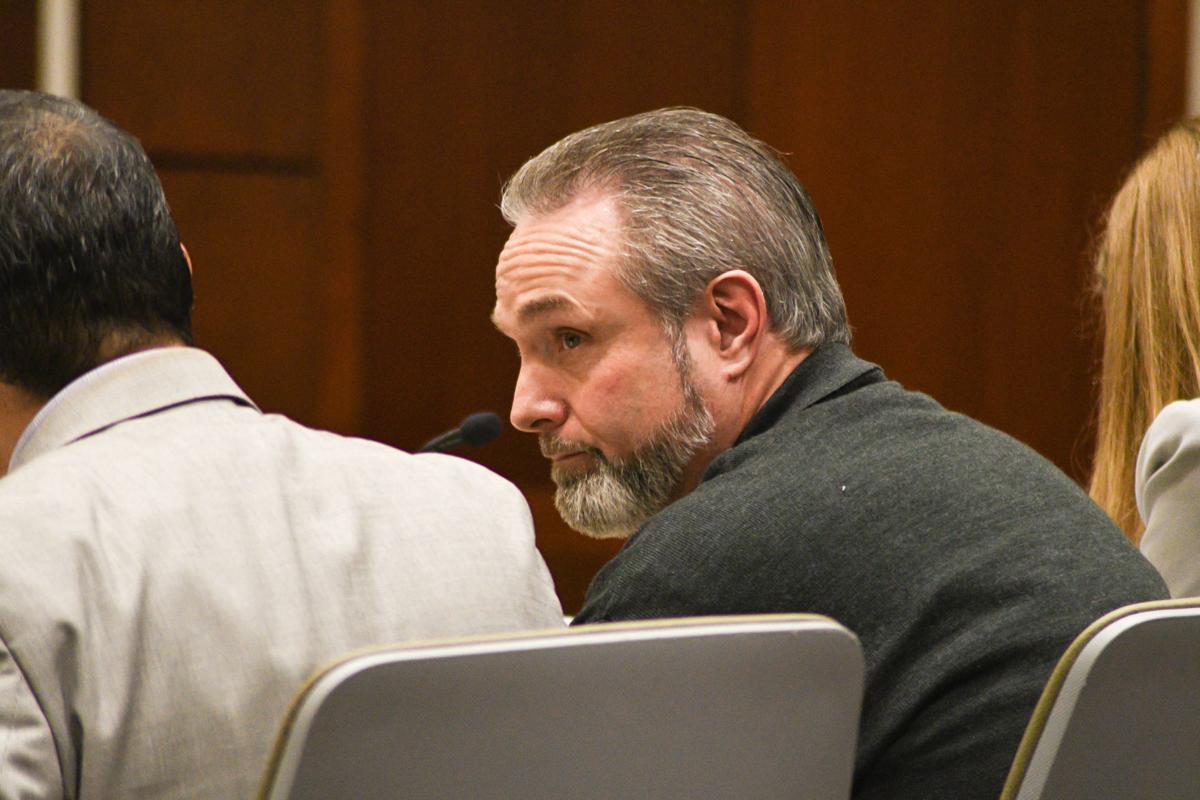 Karl Karlsen is on trial of murdering his wife Christina Karlsen in 1991. 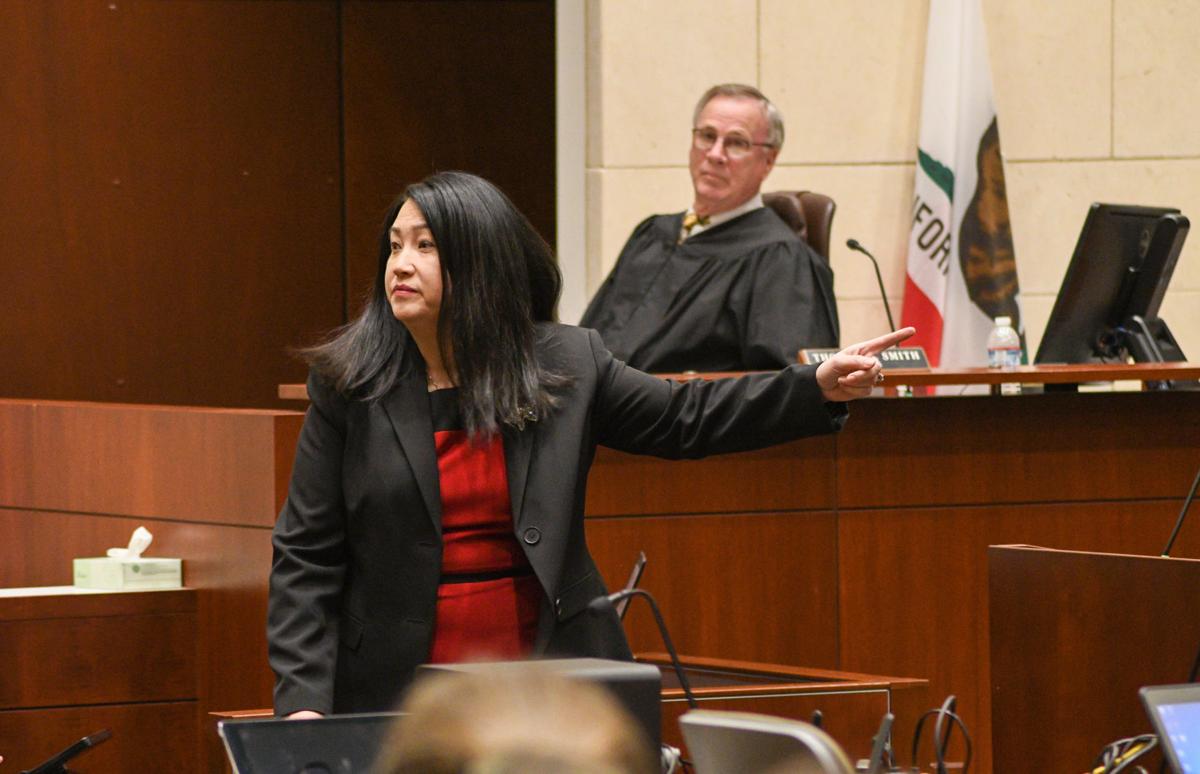 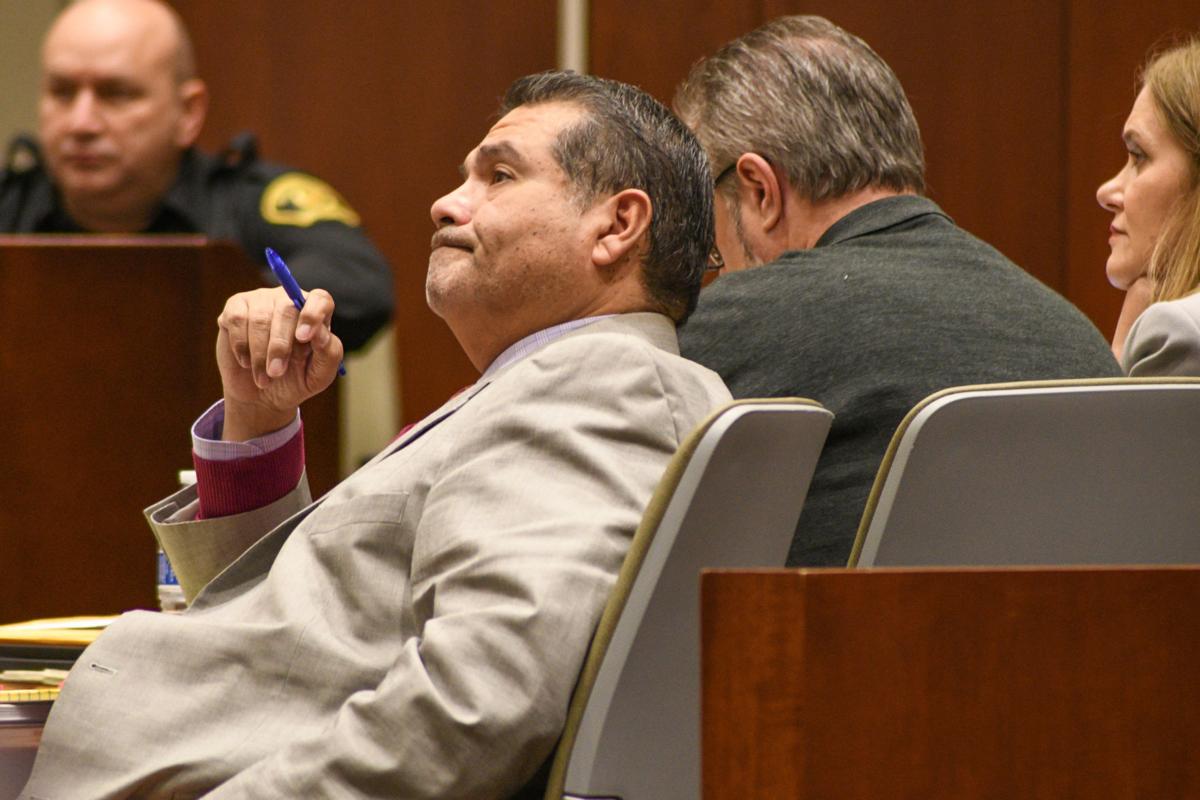 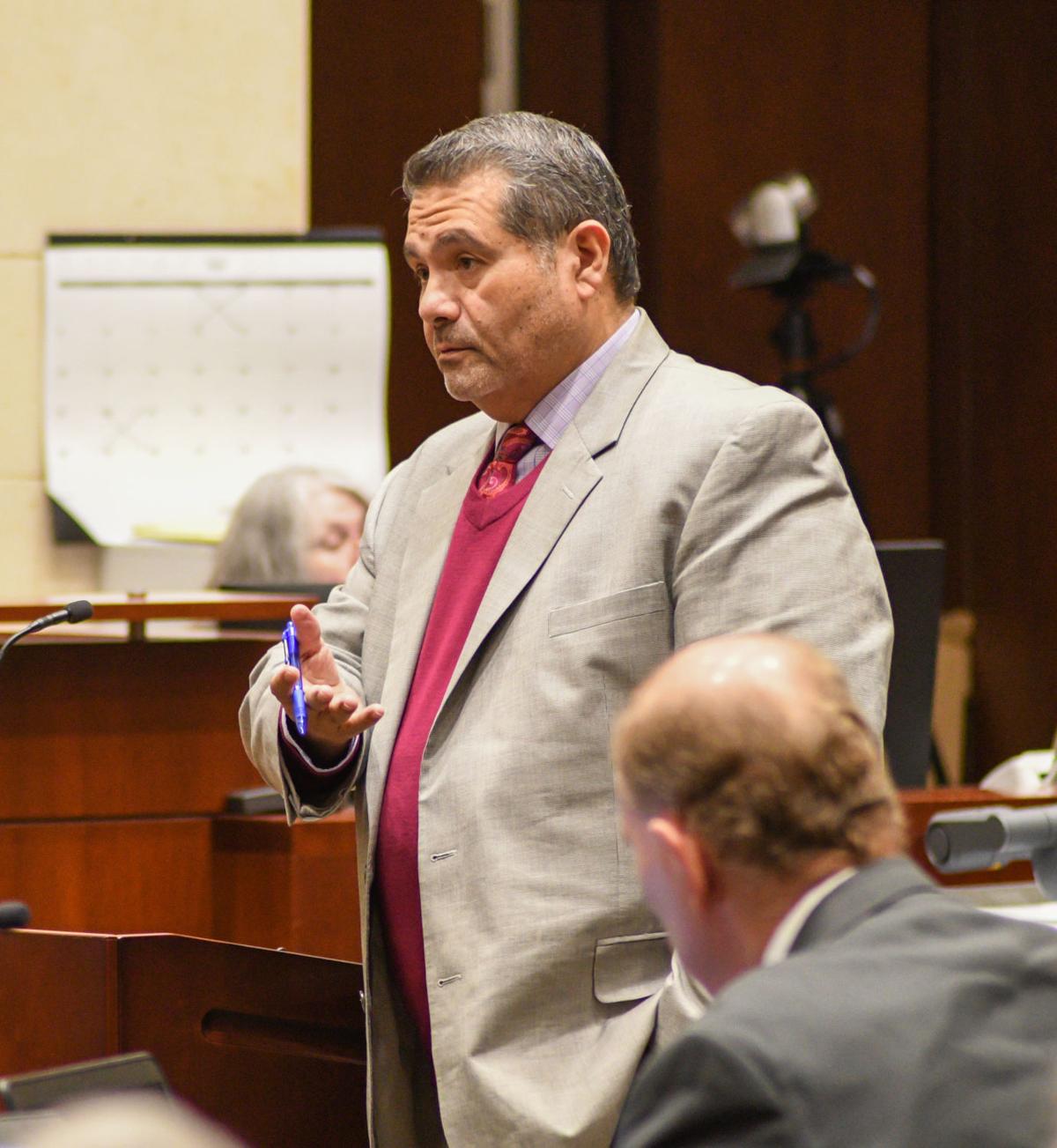 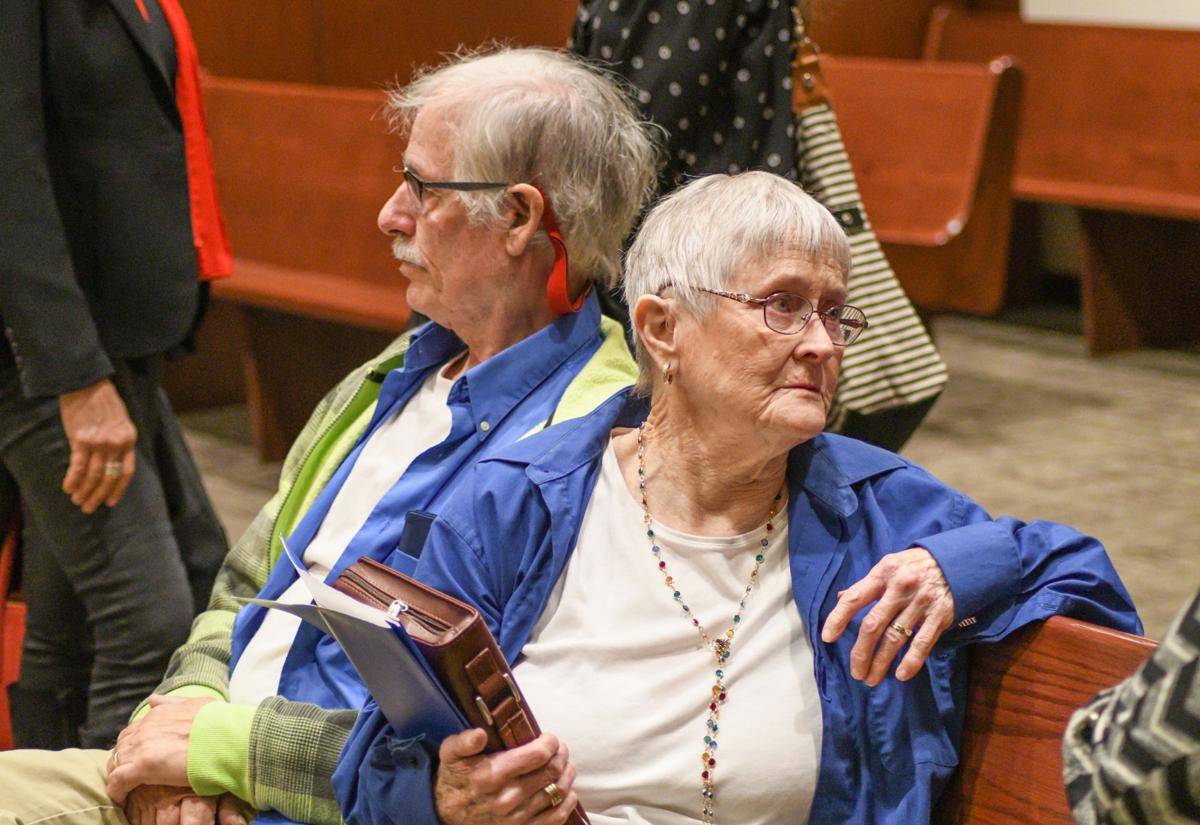 Karl Karlsen is on trial of murdering his wife Christina Karlsen in 1991.

On New Year’s Day in 1991, the 6-year-old daughter of Christina Karlsen was napping in the bed she had just received for Christmas when she heard her mother screaming, “Karl, get the kids.”

Erin DeRoche, now 36, was the first witness Tuesday for the prosecution in the murder trial of her father, Karl Karlsen.

Christina Karlsen perished in the house fire, DeRoche said. But she didn’t understand until much later the significance of what her father told her inside an ambulance beside her burning family home: “He said Mommy had gone to heaven,” DeRoche testified.

She said she harbored suspicions about the fire throughout her life and shared them with her younger brother, Levi, before he was murdered by their father in Seneca County, New York, in 2008.

DeRoche confronted her father while he was in custody and awaiting trial for Levi’s murder.

“I told him I knew he killed my mother and my brother,” De Roche said. “He grinned like a Cheshire Cat and said it’s been 20 years, they haven’t caught me yet, they’re not going to.”

Much of the morning was comprised by DeRoche’s memories of the fire and her coming of age belief of her father’s complicity in her mother’s death.

Karlsen’s attorney, Richard Esquivel, questioned DeRoche’s recollection of the fire and suggested her conclusions about her father has distorted her memory.

“I’m pretty impartial to him. I don’t hate him,” DeRoche said, “I think his actions are reprehensible.”

DeRoche did not look at her father as she took the stand but at times glanced toward him during her testimony.

On her way out of the room, she looked directly at him, but he turned his head toward the papers on the table in front of him. Throughout the day, Karlsen, unshackled and in civilian clothes, leaned over to speak to his attorneys or shook his head at the testimony.

At times, DeRoche broke into tears and her voice faltered. She looked toward the ceiling, tilted her glasses away from her face and dabbed her eyes with a tissue.

“It’s fine, I just saw my grandma,” she said once, looking toward Arlene Meltzer in the audience.

Hours before the murder, DeRoche recalled Karlsen taking the children outside of the house to burn the family Christmas tree. He doused the tree in flammable liquid and lit a match, DeRoche said, and told the children he was showing them how fast a house could burn.

“It was gone in a matter of moments,” DeRoche said.

She testified that when the fire broke out in the room she shared with her sister Katie, a four-chest dresser blocked the door and DeRoche couldn’ move it. Her father broke the window from the outside and pulled her and her sister, Katie, outside and to his pickup truck about 100 yards away.

Their Dalmatian was already in the truck bed. Levi was brought over after. Karl Karlsen asked her to stay down, but she was curious and looked through the front window at her father. He was kicking the base of the house, below the bathroom window her mother was trapped behind.

“It didn’t seem logical if he was actually trying to get my mother out,” DeRoche said.

Later, they drove down the road to get help, but not to their closest neighbor, she said. By the time they returned, the house was engulfed in flames and she could no longer hear her mother’s screams.

Ken Thurston, 84, a retired volunteer firefighter, testified he was the first responder to the house in his Ford 250 set with a tank and pump. He drove alongside the Karlsen vehicle and said he was struck by the normalcy of Karlsen’s demeanor.

“I didn’t get the sense he was saddened,” Thurston said.

Though at times confused — he could not identify Karlsen in courtroom — Thurston said he was unequivocal in his memory of the event because he could not sleep the night after it happened.

“There were a few things which really made me question what was going on,” he said. “I would have been a basket case.”

He said Karlsen told him during their conversation he used 17 nails to set a board over a broken window in the bathroom. He also said a lamp he was using in the hallway that lined the family bedrooms and bathroom (which was already stained with kerosene) had fallen over and likely started the fire.

Thurston said he knocked on the bathroom window and didn’t hear any response. He radioed the emergency line to tell them there was not just a possible death, but that it was “probable.”

As a child, DeRoche also said she remembered a pattern of abuse in her home, even after Karl Karlsen moved the family to Seneca County and re-married a woman named Cindy Best.

“When my father was around, the atmosphere was tense, were basically walking on eggshells,” she said.

She said Karl Karlsen abused Levi often and hit him with a cutting board, cattle prods, pipes, shovels and pitchforks.

It was in contrast to her life as a small child, she said, remembering ice cream on Main Street in Murphys, her mother teaching her to sew and cook grilled cheese, and pressing leaves into a photo album.

During her opening statement, District Attorney Barbara Yook described Christina as a devoted 30-year-old mother and said her death was intentionally planned by Karl Karlsen to pay out the life insurance he took out on her only a couple months before.

On the day of her death, everything seemed normal to Christina.

“She planned to go shopping that day after she got out of the bathroom. She didn’t get the chance,” Yook said.

Yook said Christina, born and raised in Calaveras County, met Karl in North Dakota while she was married to a man named Alan Teague. Teague and Karl Karlsen were both deployed there while in the Air Force. By 1983, Christina was divorced from Teague and married to Karl Karlsen. Five years later, they moved to 4060 Pennsylvania Gulch Road in Murphys — a three bed, one bath home owned by the Lucero family — after Karl Karlsen accepted a job working for Christina’s father, Art Alexander, at Art’s Sheet Metal for $13 an hour.

Yook related the details of the fire and subsequent investigation, which languished until Karlsen’s arrest and conviction of the murder of his son Levi.

Esquivel sought to assert that many of the recollections made by the prosecution witnesses would not be corroborated by reports or photos.

“Listen to the evidence and don’t throw your common sense out the window,” Esquivel said.

Before the start of opening statements, Esquivel opposed the presentation of wage checks provided by Christina Karlsen’s father to Karl, but the judge said he would allow it because it related to the allegation of financial gain in the murder. Yook argued the checks would show Karlsen had limited finances and was motivated to carry out the murder.