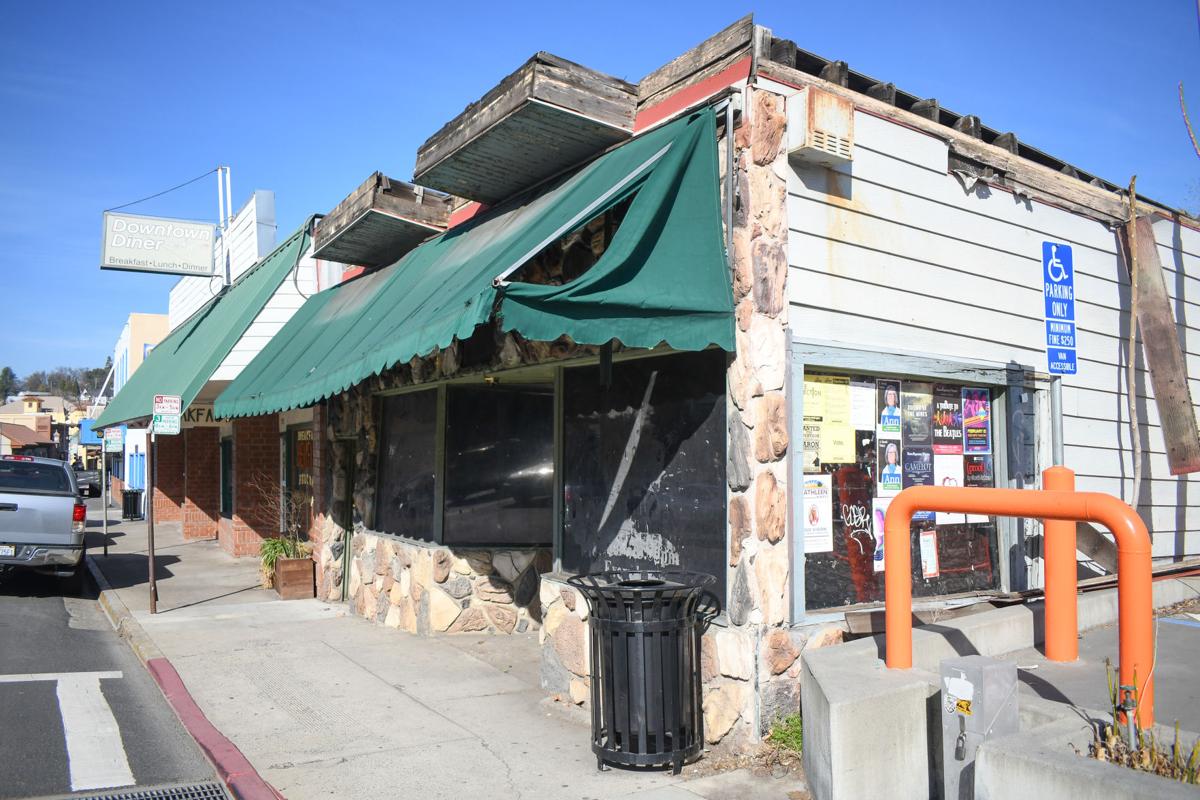 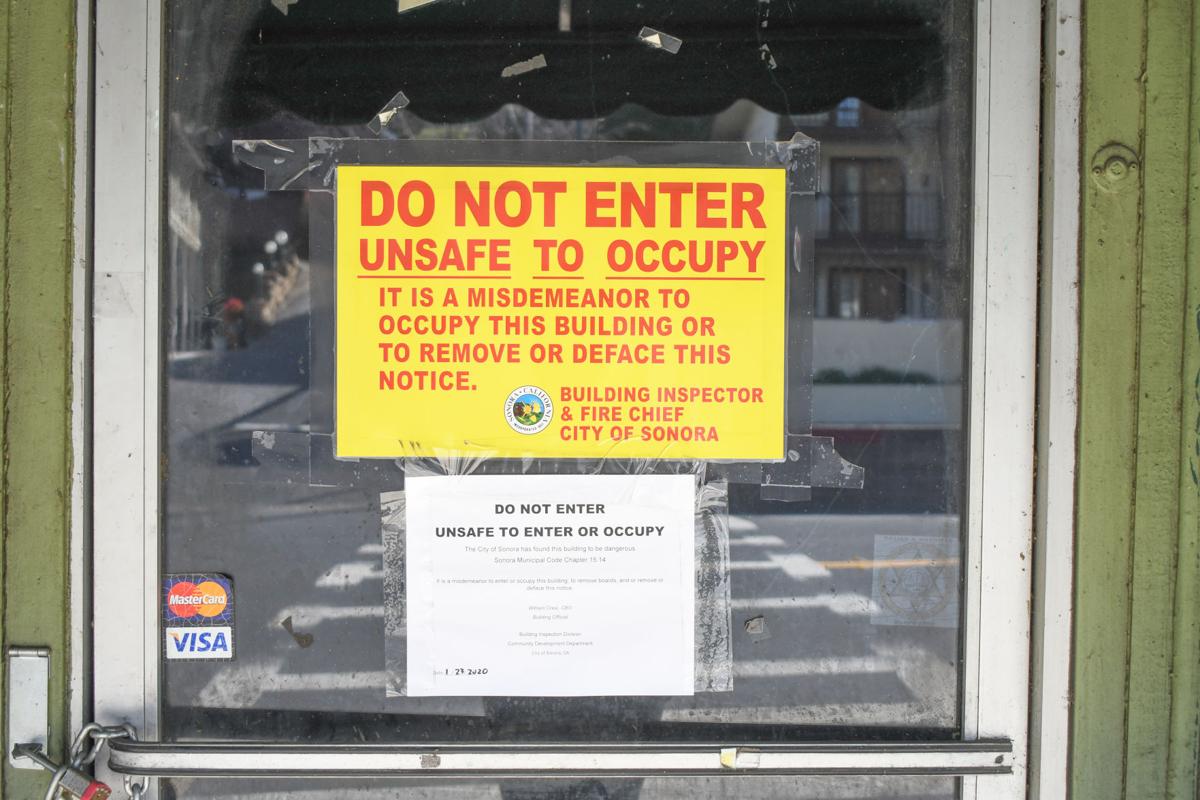 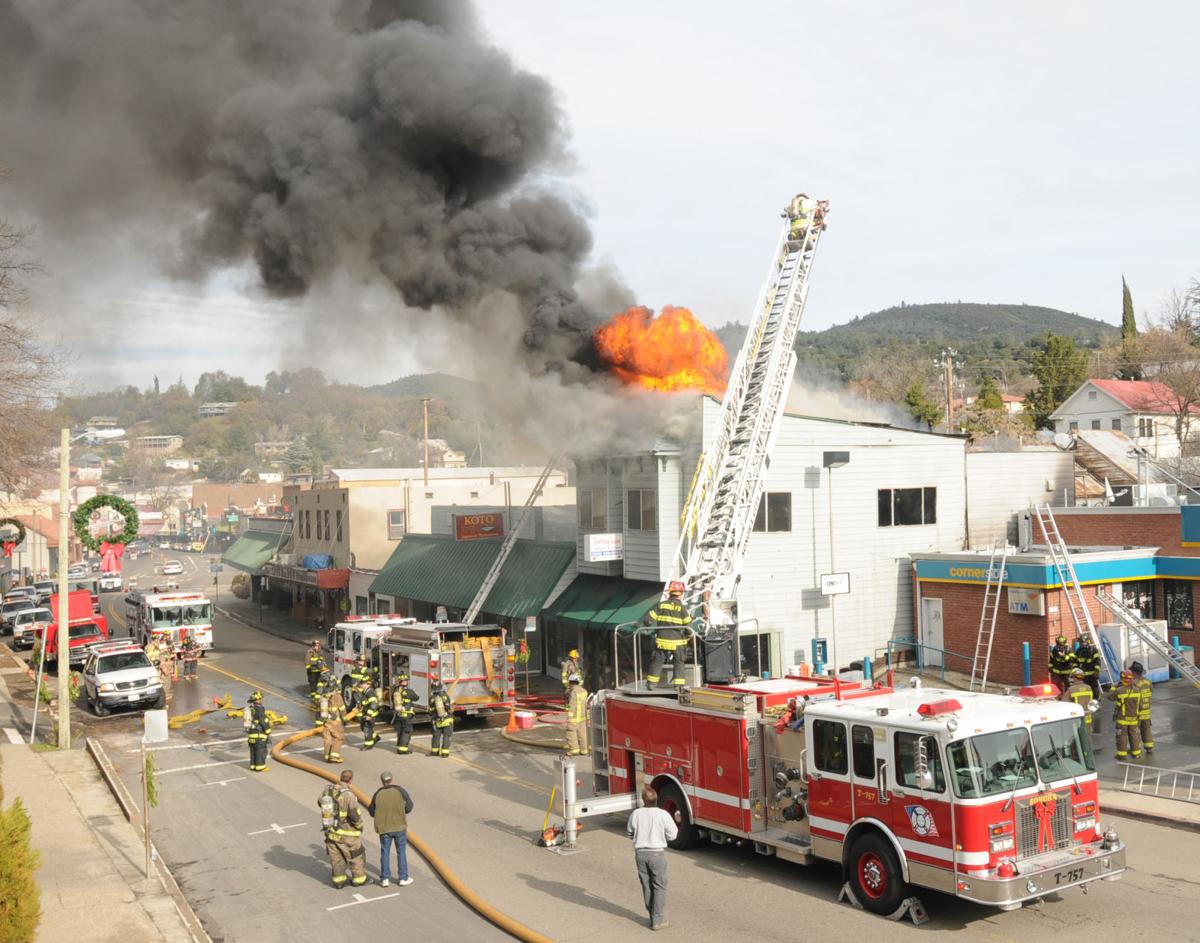 A burned-out former Indian restaurant at 301 S. Washington St. in downtown Sonora will be torn down on Saturday after being an eyesore for more than a decade.

The building was home to Bombay Indian Cuisine when it was mostly destroyed by a fire on Dec. 15, 2009, which was determined by city fire officials to have started in an electrical sub-panel of an interior wall next to the restaurant’s kitchen.

An order to demolish the building was issued by the city on Jan. 21 to owner Amarjit Singh, whose listed address is in Rancho Cucamonga.

“The order requires it to be taken down,” said Daren Wardell, the city’s contract building inspector. “There’s no other option.”

Wardell initially posted the building as dangerous and restricted access in September after conducting an inspection and observing the center to be sinking or collapsing.

During a follow-up inspection on Jan. 21, Wardell observed more deterioration that put the building at further risk of collapse and determined there was nothing left to do but have it demolished.

“There’s a process when you’re going to take something to the ground, and the first part of that is preserving historic assets,” he said. “It was way beyond that point.”

The building was constructed as a two-story frame commercial building in 1895 and relocated to its current spot in 1927, according to the city’s historic resources inventory.

Singh bought the building in 2007 for $423,500 from Victor and Luiz Mariano, according to property records at the Tuolumne County Assessor’s Office.

Wardell said the building has remained fairly stable since the upper floor was removed in 2012 due to safety concerns, but he believes heavy winters in recent years took their toll.

The rest of the building couldn’t be torn down due to an ongoing lawsuit filed by AMCO Insurance against Singh in 2010 that didn’t get resolved until last year.

“We’ve been coordinating our efforts with the property owner, who is now able to move forward with taking down the building,” said Rachelle Kellogg, the city’s community development director.

Kellogg said she didn’t know any details about the lengthy legal battle.

Attorneys who represented Singh when the case went to the state’s Fifth District Court of Appeal, which overturned the initial ruling in Tuolumne County Superior Court, could not be reached for comment.

The northbound lane on South Washington Street will be closed between Gold and Church streets from 6 a.m. to about 6 p.m. Saturday for the demolition, Moyle Excavation said.

Northbound traffic will be rerouted to Gold Street during the closure.

Singh is expected to maintain ownership of the property after the building is demolished, but Kellogg said he hasn’t given the city any idea about what he plans to do with it.

“Our only concern is that the building gets taken down,” she said.

Several other historic buildings in the downtown area have come down in recent years after falling into disrepair.

Nineteenth-century-era homes at the corner of East Lytton and South Washington streets had to be demolished in 2016 after becoming magnets for squatters and crime, leaving a vacant lot where a future Bank of Stockton building is planned to be constructed.

Nearly 100-year-old buildings on Stockton Road across from the Mother Lode Fairgrounds were torn down last year after county officials deemed them unsafe due to decades without proper upkeep.

“It’s nice to get some of these buildings down that can’t be repaired or restored, especially if they’re unsafe,” Kellogg said. “Just like the houses on South Washington, things get to a point where they have to come down.”