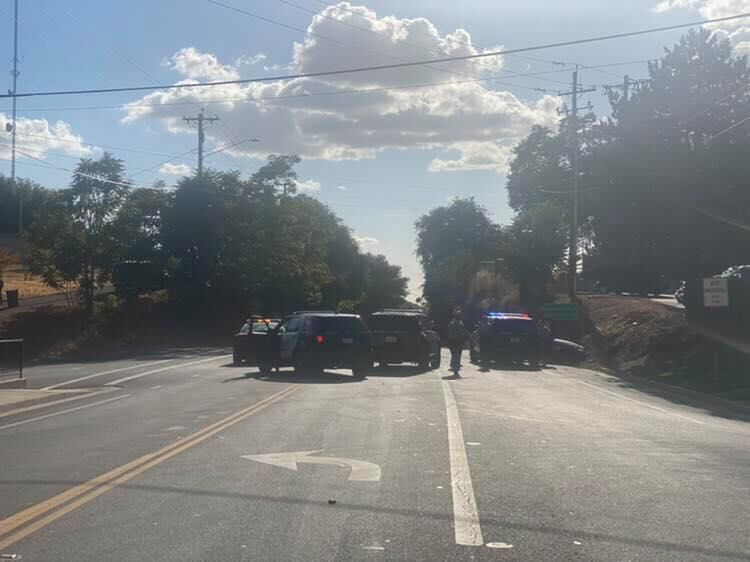 A high-speed pursuit Friday afternoon from Tuolumne to Sonora ended when the suspect crashed a stolen pickup she was driving into a Lexus sedan at Mono Way and Sanguinetti roads. 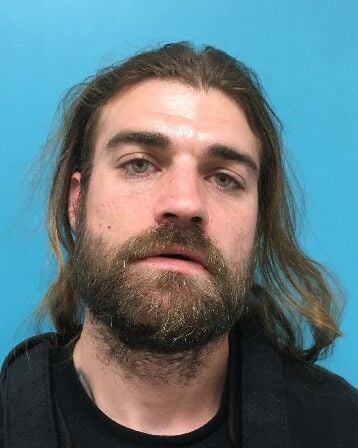 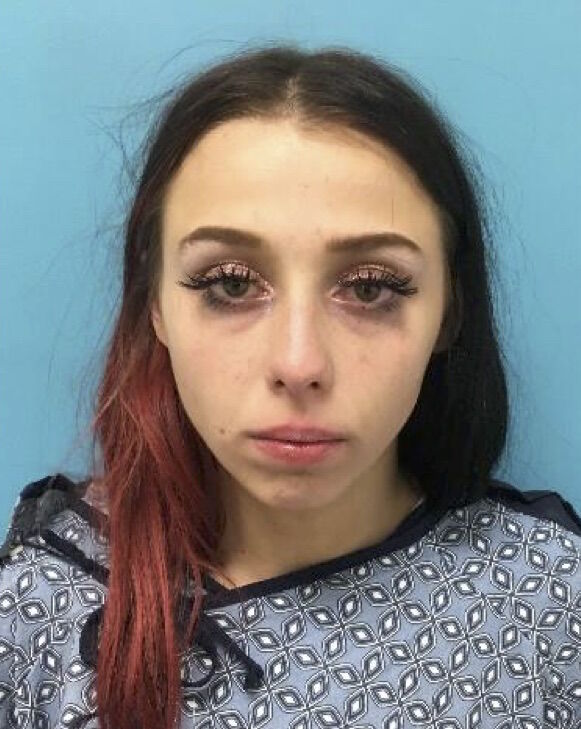 A high-speed pursuit Friday afternoon from Tuolumne to Sonora ended when the suspect crashed a stolen pickup she was driving into a Lexus sedan at Mono Way and Sanguinetti roads.

The fifth time was not the charm for a 31-year-old frequent fugitive who has led Tuolumne County authorities on at least four high-speed chases since 2010, with the latest happening in June.

Sean Matthew Foster, whose address was listed in Tuolumne County Jail booking logs as “transient,” was arrested Friday with an 19-year-old woman who allegedly attempted to flee from sheriff’s deputies in a stolen pickup before crashing into a Lexus sedan at Mono Way and Sanguinetti Road in front of the Sonora Plaza Shopping Center.

A Sheriff’s Office news release on Monday said that Deputy Jon Hammell was patrolling Friday afternoon around Buchanan Road near Mira Monte Road in the township of Tuolumne when he spotted a man operating a power tool underneath a red, 1990s model Ford pickup.

Hammell identified the man underneath the truck as Foster, who had a felony warrant after successfully getting away from authorities during a high-speed pursuit on June 7.

The release said a woman in a nearby pickup yelled out to Foster, who tried to jump into the truck before Hammell stopped him and deployed his taser on the suspect after the ignored several of the deputy’s commands to stop.

Foster was arrested and found to be in possession of an ounce of methamphetamine and $650, the release said. He was booked into Tuolumne County Jail about 3:25 p.m. Friday on suspicion of drug possession for sales with a felony no-bail enhancement, as well as a misdemeanor resisting arrest and two felony warrants.

Meanwhile, the woman in the pickup who shouted to Foster drove away from the scene before responding deputies caught up with her on Tuolumne and attempted to stop her.

The woman then led deputies on a chase that reached speeds of up to 90 mph from Tuolumne and through East Sonora before crashing at Mono Way and Sanguinetti Road and being apprehended by California Highway Patrol units.

Three ounces of meth were found inside the pickup, which was determined to have been stolen, the release said.

Abigail Elizabeth Rodgers, of 10300 block of Preston Lane, Jamestown, was booked into jail about 3:35 p.m. on suspicion of felony evading arrest with wanton disregard for safety, felony vehicle theft, felony receiving a stolen vehicle, misdemeanor driving without a license, and an infraction before being unable to provide proof of insurance, the sheriff’s logs stated.

Foster was last accused of running from the law and avoiding capture on June 7 after a high-speed chase that reached speeds of up to 80 mph and went “literally all over the county,” from the township of Tuolumne through Sonora to Jamestown and back toward Sonora, before he ditched an older Toyota pickup he was driving and escaped on foot in rough terrain at Lime Kiln Road and Dusty Trail, a sheriff’s spokesman said at the time.

Prior to that, Foster was accused of leading personnel from multiple law enforcement agencies on a high-speed pursuit in January 2020, which culminated in him similarly ditching his vehicle on Chicken Ranch Road and successfully fleeing from the pursuing officers on foot. He was arrested a week later in Tuolumne.

The same Foster allegedly also led a CHP officer on a chase in February 2017 in Jamestown, after which he was arrested on suspicion of driving on a suspended license; reckless evading; resisting, obstructing and delaying arrest; and being a felon possessing ammunition.

In July 2010, Foster was also arrested after being involved in a pursuit in the Twain Harte area in a truck that was allegedly stolen.

Hammell is now looking for the owner of the vehicle that Foster was found underneath prior to his latest arrest. The owner of the pickup or anyone who knows someone who was parked in the area during the time of the incident with a matching vehicle description is asked to contact Hammell at (209) 533-5815.