Sign Up
Log In
Purchase a Subscription
You have permission to edit this article.
Edit
Home
News
Sports
Lifestyle
Obituaries
Photo Galleries
Videos
e-Edition
Classifieds
Special Publications
Share This
1 of 8 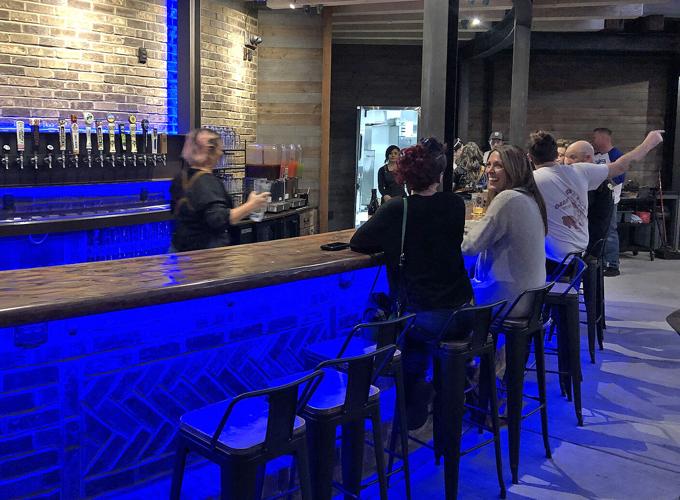 The Armory at 208 S. Green St. in Sonora officially opened its outdoor beer garden and rooftop lounge on May 5, more than six years after the venue was first announced. 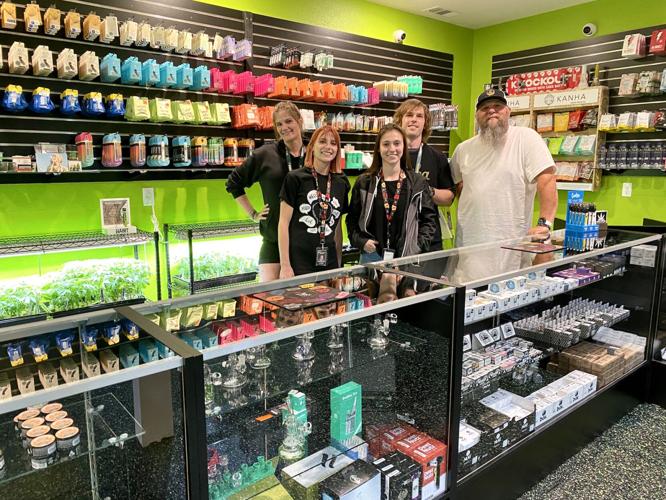 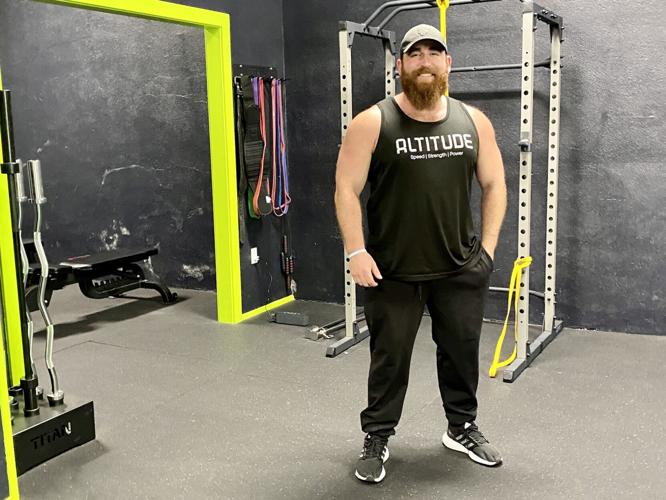 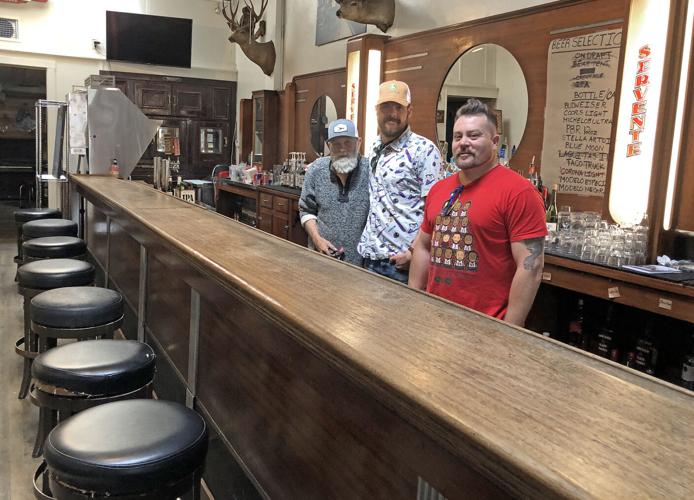 (From left) Servente's Saloon's new barkeep Jimmy York, of Sonora, and new co-owners Collin Ganz and Joey Churchward (third co-owner Lisa Churchward not pictured), all three of Twain Harte, are looking forward to preserving the history of the long-running downtown Sonora watering hole while "adding some modern polish to it." 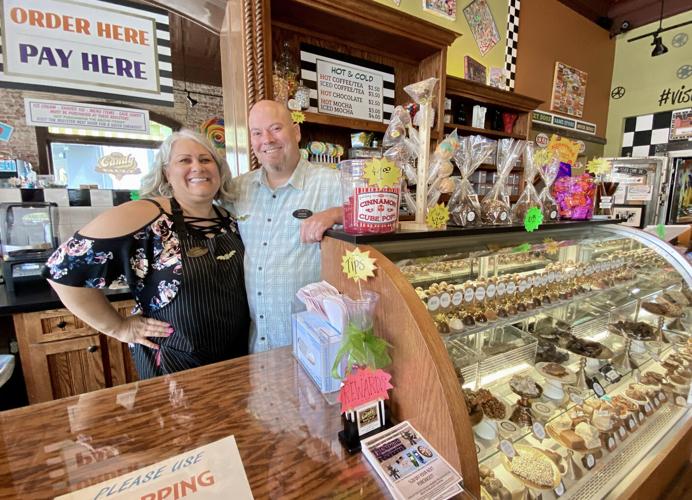 Nancy and Steve Leontie, owners of the Candy Vault at 42 S. Washington St., expanded the store into an adjacent space last year and recently repainted the storefront to match the business' colorful theme. 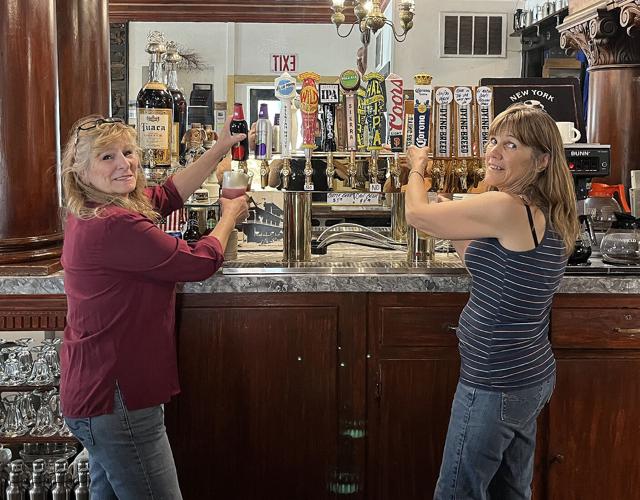 Lisa Hedges (left), co-owner of the Thirsty Prospector at 131 S. Washington St., and employee Sheri Busalacchi, show off the 12 new beers taps at the business formerly known as Legends. 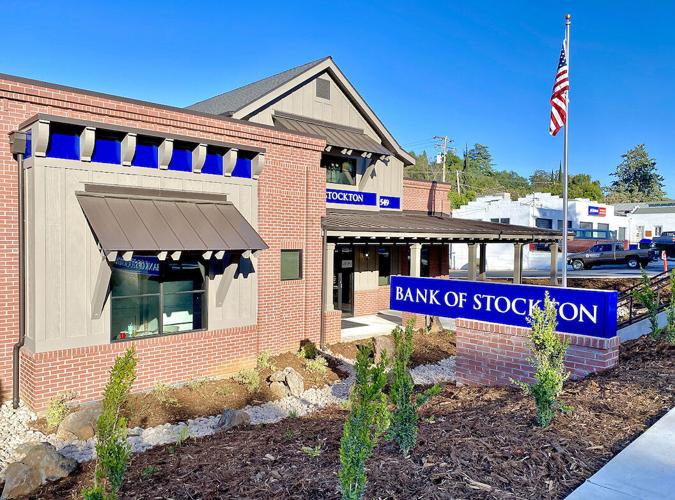 The Bank of Stockton moved on May 2 from the corner of Church and South Washington Streets to a newly constructed building at 549 S. Washington St. 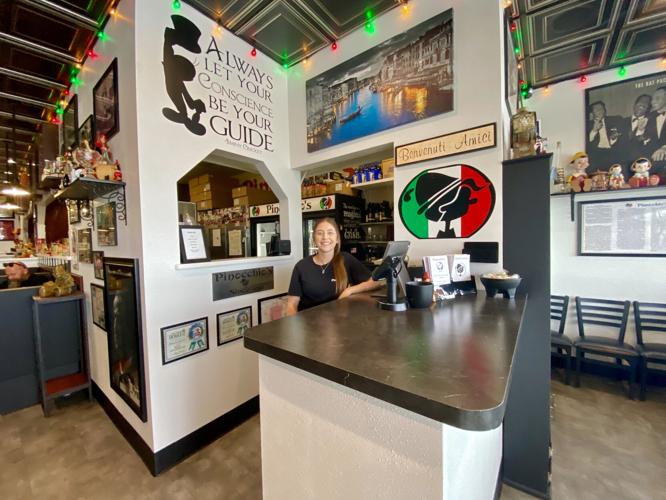 The Armory at 208 S. Green St. in Sonora officially opened its outdoor beer garden and rooftop lounge on May 5, more than six years after the venue was first announced.

(From left) Servente's Saloon's new barkeep Jimmy York, of Sonora, and new co-owners Collin Ganz and Joey Churchward (third co-owner Lisa Churchward not pictured), all three of Twain Harte, are looking forward to preserving the history of the long-running downtown Sonora watering hole while "adding some modern polish to it."

Nancy and Steve Leontie, owners of the Candy Vault at 42 S. Washington St., expanded the store into an adjacent space last year and recently repainted the storefront to match the business' colorful theme.

Lisa Hedges (left), co-owner of the Thirsty Prospector at 131 S. Washington St., and employee Sheri Busalacchi, show off the 12 new beers taps at the business formerly known as Legends.

The Bank of Stockton moved on May 2 from the corner of Church and South Washington Streets to a newly constructed building at 549 S. Washington St.

From the long-awaited opening of The Armory to a change in ownership for one of Sonora’s oldest saloons, a flurry of recent business activity in and around the city’s downtown area suggests a revitalized optimism as the dark days of the pandemic get further in the rearview.

Several new businesses have opened in recent weeks, some have changed hands or relocated, and others have expanded, renovated, or added to what they offer.

Perhaps one of the most hyped new businesses that have opened in the downtown area is The Armory at 208 S. Green St., six years after the vision for the entertainment venue and beer garden was first unveiled.

The business’ beer garden and rooftop lounge area officially opened to the general public at 3 p.m. Thursday, with 22 beers on tap, cocktails, hard kombucha, wine selections and menu of food that included fish tacos in celebration of Cinco de Mayo.

“It’s been an enormous amount of work because it’s never been open before, so it wasn’t a plug and play,” one of the co-owners Rebecca Barrows said. “We had to order a ton of furniture and build everything from the ground up.”

Barrows, who purchased the 14,000-square-foot building earlier this year with her husband, Jordan, a professional chef who’s designing the menu, and their friends Jenn and Doug Edwards, former owners of the Groveland Hotel and Hotel Charlotte in Groveland.

Both couples live in Sonora with their young children.

The Armory was open over the weekend for the Mother Lode Roundup, though they were requiring people to purchase tickets for Saturday in advance to help regulate the crowd.

Barrows said they plan to have the beer garden and rooftop lounge area open from 11 a.m. to 9 p.m. Wednesdays, Thursday and Sundays, and 11 a.m. to 10 p.m. Fridays and Saturdays, with it being closed on Mondays and Tuesdays for the immediate future.

The entire mezzanine, the lounge area, the private wine room, the large indoor space that can accommodate up to 130 people and the Bourbon Barrel are also now available to rent for private parties, gatherings or other events.

They plan on booking live music in the beer garden area and opening the Bourbon Barrel to the public in the future, as well, Barrows said. To book a private event, send an email to events@armorysonora.com.

“It’s awesome and amazing that Sonora is having this sort of tidal wave of new ownership and vitality,” she said. “There’s this new energy, and we’re here to serve the community.”

A second cannabis dispensary within the city also opened on May 1 at 10 Calaveras St., just outside of the historic downtown district.

Located inside a more than century-old former foundry building, the Bract House’s owners had to navigate a number of obstacles that delayed the dispensary from opening for more than two years since it was approved by the City Council.

“The past year, we’ve been kind of just waiting on the state,” Tom Calmese, who co-owns the business with David Bernhard, said.

The pair also own the dispensary Green and Gold in San Andreas since 2013 and have more than 10 years of experience in the cannabis industry.

Calmese said they’ve lived in the Mother Lode since 2005 and have seen success through a focus on personalized customer service and offering a wide variety of items, which he says he expects to exceed more than 1,200 products eventually.

They offer cannabis products for both medical and adult recreational use to those 21 and older.

“I’ve met thousands of people over the years who use it for a variety of medical conditions, and it gives them a higher quality of life than before they were using cannabis,” Calmese said. “I’m a true believer of cannabis, and feel there’s a decent selection to help people who are looking for alternative medication in a city like Sonora.”

Another business that recently opened on the north end of town is Altitude Sport Performance at 132 N. Washington St., in the space that has remained vacant since Dorothea’s Christmas shuttered at the end of 2014 after 25 years in business.

Chris Forster, of Sonora, is the owner of Altitude and said his business is not a commercial gym where anyone could drop in and work out as it caters specifically to specialized training for athletes.

“I do strength, speed, agility and performance work for athletes in general,” he said. “I work with middle school, high school, collegiate and occasionally professional or semi-professional athletes.”

Forster said he grew up in the area, graduated from Sonora High School, and has been training athletes for about 10 years, including down in Orange County before moving back home in 2018.

The goal is to help train athletes to make it to the next level in their respective sports, whether that be college, semi-professional or professional.

“For those athletes who want to reach higher levels, like college and beyond, it’s an important investment tool,” he said.

One longtime downtown business that recently saw a change in ownership was Servente’s Saloon 64 S. Washington St., which first opened its doors nearly 100 years ago in 1926.

The new owners are Joey Churchward, his sister, Lisa Churchward, and their partner, Collin Ganz, all of Twain Harte, who purchased the bar and space next door about two weeks ago from Marianne Wright, who is well known in the local business community.

Joey Churchward said on Thursday that they took over about a couple of weeks ago and have family roots in the area dating back to when their grandfather purchased a cabin in Twain Harte in 1959.

They previously owned and operated the Churchward Pub in Alameda for 10 years, until the pandemic contributed to them having to shut their doors. The trio was looking at places in Sonora when they came upon Servente’s and “fell in love with it,” Joey Churchward said.

“We love the history of it, love the name, and being able to have a 100-year party in four years,” he said. “We’re super excited to keep and preserve the history, while adding some modern polish to it.”

Plans for the place include moving the market at the front into the space next door that they also purchased to open up the entire saloon area, with additional plans to eventually offer food.

Joey Churchward said they plan to reach out to local food vendors and farmers. They are currently open THursdays, Fridays, and Saturdays, but hope to expand to seven days a week over summer.

A few paces to the north of Servente’s, the Candy Vault at 42 S. Washington St. expanded a year ago into an adjacent space in the building that has housed the business since 2009.

Owners Nancy and Steve Leontie said last year was good to their business despite others struggling due to lingering pandemic restrictions, though they are now starting to see more of the typical seasonal ebbs and flows.

The business now not only offers candy, but also novelty items like card games, mugs, T-shirts, and even art from artists who have studios in the second level of the building.

Steve Leontie said he’s positive about the future and mentioned other businesses that have opened in recent years, such as Sonora Fly Co., Sonora Brewing Co., Fittin’ Pretty, and Flappy’s Pizza Co.

“We’ve got good new businesses that I think are here to stay,” he said. “We've got some that are really hitting the mark.”

K.C. Hedges, who owns the business with his mother, Lisa, said they now have 12 taps for beer and serve hot dogs, chili dogs, sausages and rice bowls, while also continuing to sell books, antiques and novelty items.

“There’s a lot of progress being made and definitely increasing the traffic overall that I see in town,” he said. “Something like the Armory I think will just scale that up a bit…. If that can be successful, then other people will go for bigger things here.”

In addition, several other Sonora businesses have recently reopened after renovations or constructions of new digs.

The Bank of Stockton opened this week in its newly constructed location at 549 S. Washington St., while Pinocchio’s Italian Restaurant at 736 Mono Way in the Sonora Plaza shopping center reopened about a month ago after a three-month renovation.

Ricky Pinocchio, owner of the restaurant that’s been in his family for generations, said they completely renovated the dining room with new booths, tables, floor, ceiling, paint, and installed a new waiting room and host station.

“It feels like tourism is starting to pick up, too,” he said. “Now that the pandemic is starting to fizzle out, people are a little more comfortable to visit places again and enjoy themselves. It’s been really nice to see.”