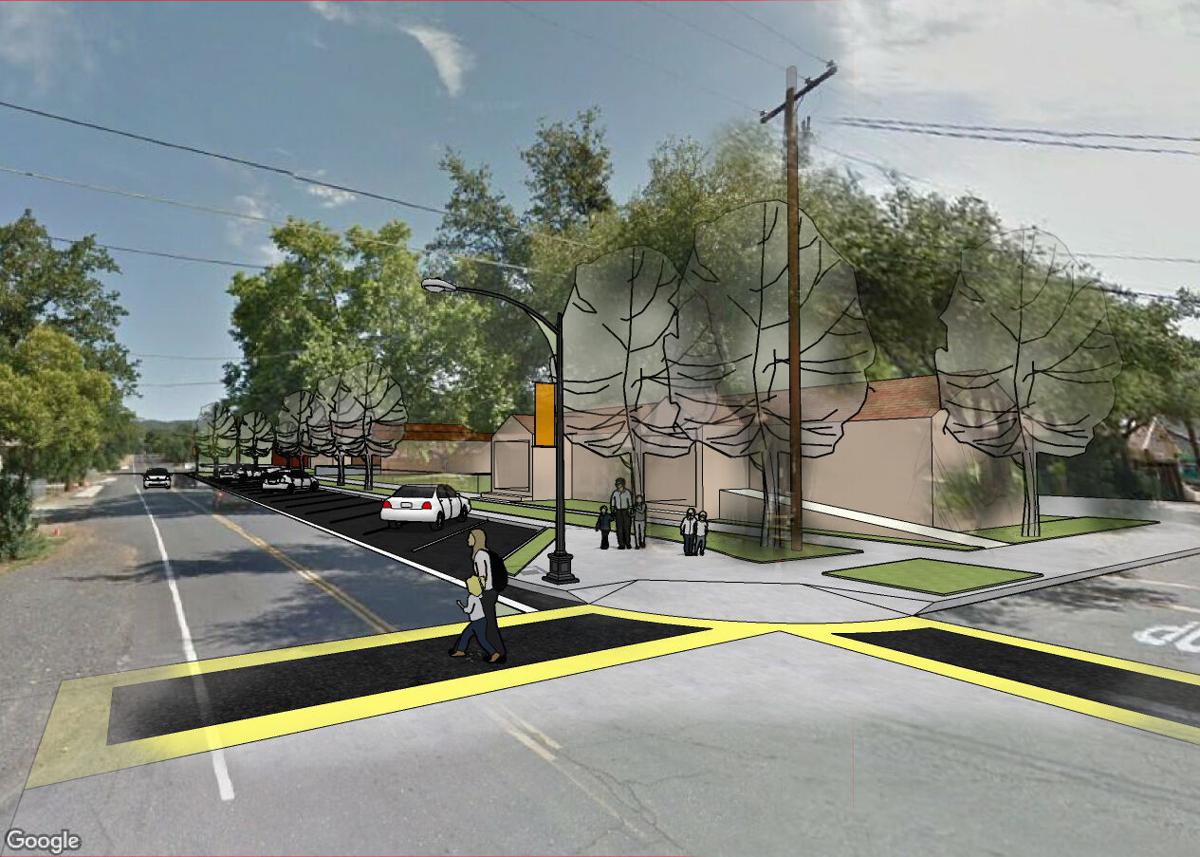 A conceptual drawing of street and pedestrian improvements planned near Jamestown Elementary School that will be funded through a $2 million state grant. 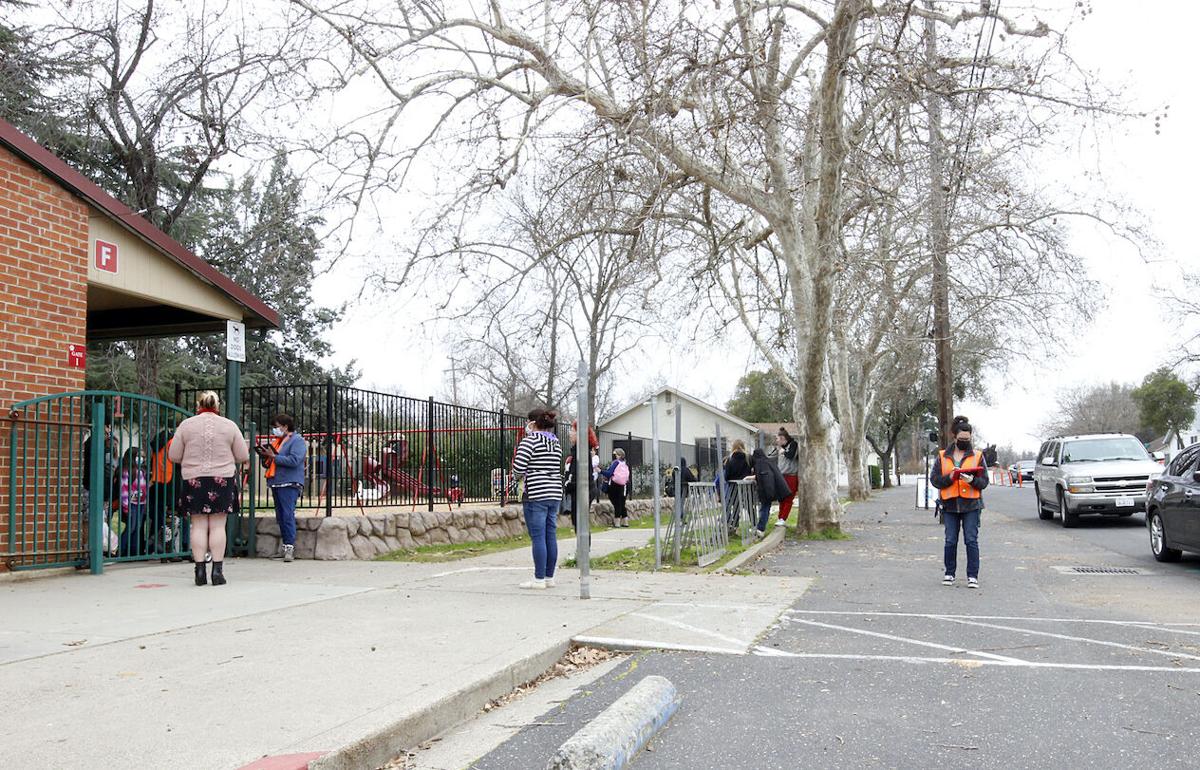 Parents wait outside a gate for their students near a section of sidewalk soon to be replaced. 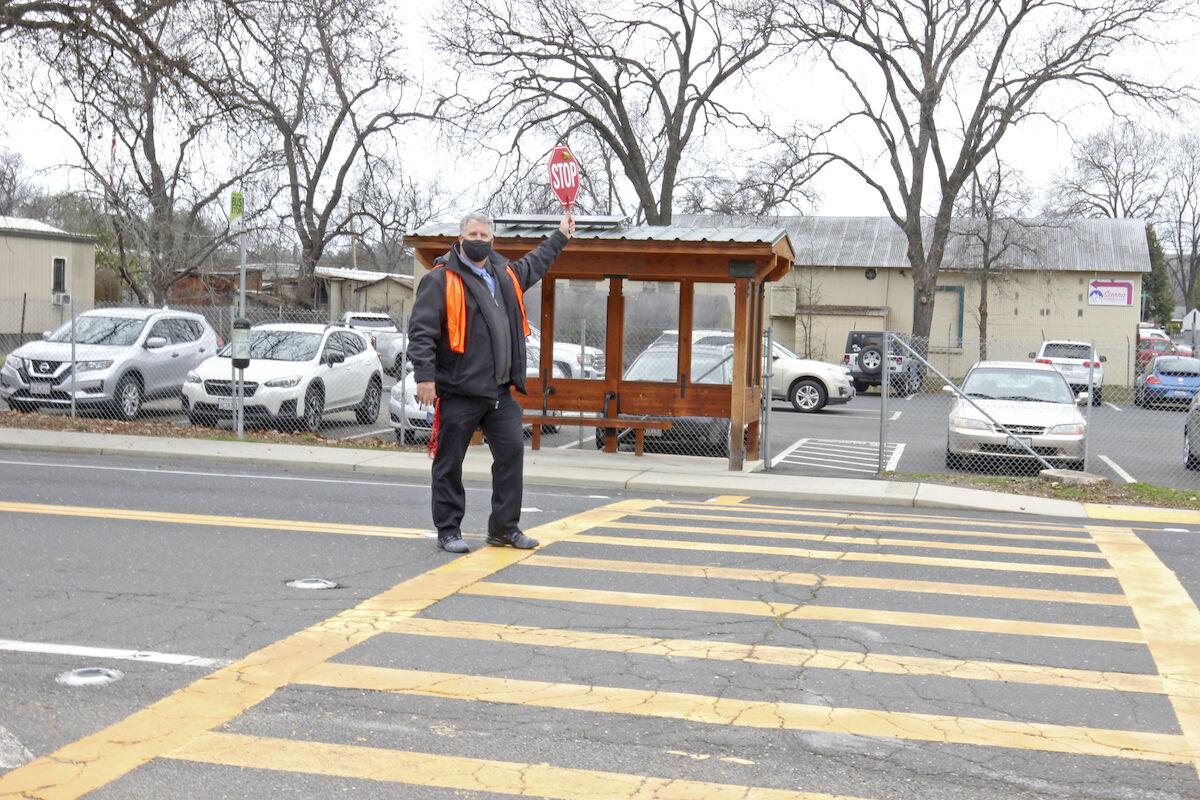 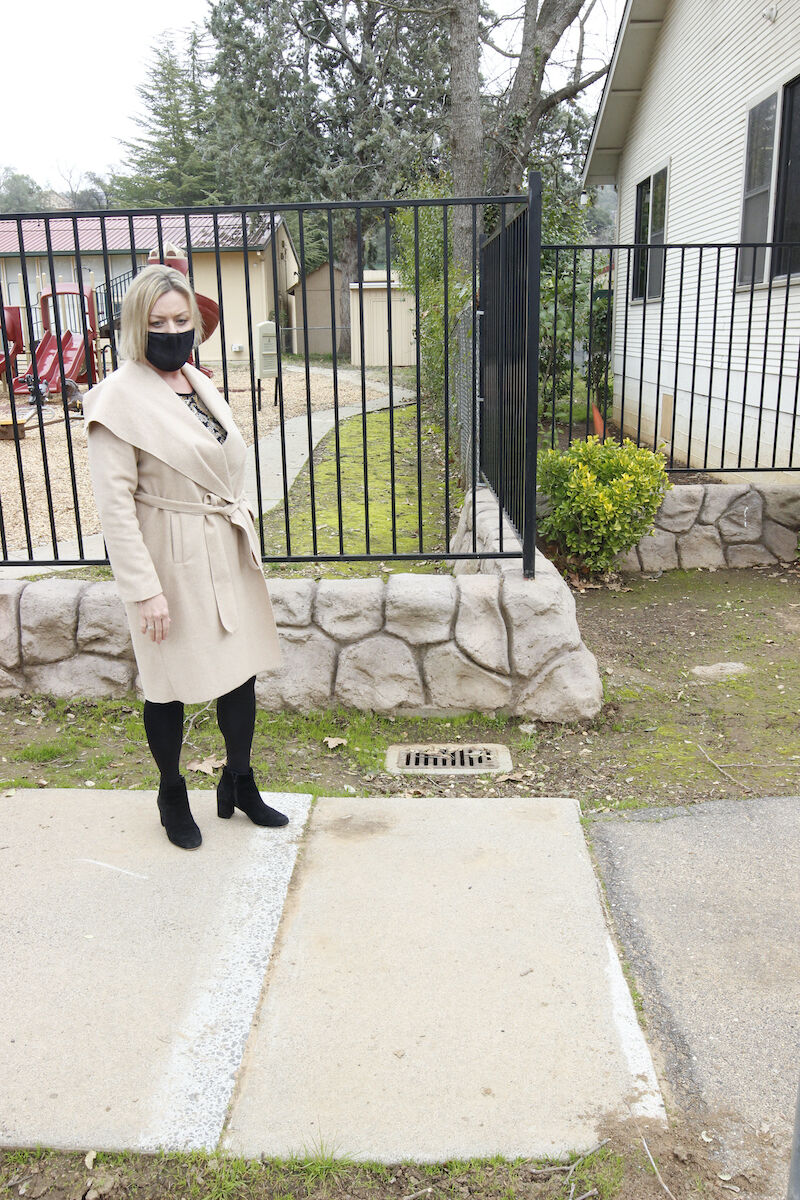 Superintendent Contessa Pelfry stands near a problematic drain near a sidewalk in front of Jamestown Elementary School on Feb. 11. She stated that the area floods every year.

A conceptual drawing of street and pedestrian improvements planned near Jamestown Elementary School that will be funded through a $2 million state grant.

Parents wait outside a gate for their students near a section of sidewalk soon to be replaced.

Superintendent Contessa Pelfry stands near a problematic drain near a sidewalk in front of Jamestown Elementary School on Feb. 11. She stated that the area floods every year.

Tuolumne County will look to make the streets and sidewalks around Jamestown Elementary School safer for children and local residents with a $2 million state grant it was awarded this week.

The project includes the construction of about 3,600 linear feet of new sidewalk, curb and gutter, ADA improvements and crosswalks within the vicinity of the school, according to County Supervisor Ryan Campbell, who announced the awarding of the grant in an email.

Parking stalls adjacent to the school and district offices will also be modified to angular for easier and safer access, in addition to about 400 linear feet of sidewalk that will be constructed to close existing gaps in the area between the school and downtown Jamestown.

Funding for the project comes through the state’s Active Transportation Program created in 2013 by then Gov. Jerry Brown, a pot of money that has eluded the county up to this point.

Campbell credited a partnership between the Tuolumne County Transportation Council, county Public Works Department and contracted consultant GreenDOT for helping to make the latest grant application successful and said he hopes it can be duplicated for similar projects in the future.

“We decided we really needed to buckle down and get some of this money, because we have some really severe transportation needs in Jamestown and other parts of the county,” he said in a phone interview Thursday. “If we get money for this project, build some great sidewalks and improve some roads in Jamestown, we can take that and show Tuolumne County can get stuff done, and that makes us a more attractive community to do more projects.”

The grant application, which scored a 91 out of 100 on the state’s grading scale, was a collaboration that involved TCTC Senior Planner Tyler Summersett, County Supervising Engineer Blossom Scott-Heim, and GreenDOT.

Campbell, who serves on the TCTC board, said GreenDOT was hired to help because of success they’ve had in getting the grant money for other jurisdictions. Money to pay for the consultant came out of funds through the federal Congestion Mitigation and Air Quality Improvement Program, or CMAQ for short.

An additional $230,000 will have to be provided by the county as a local match, bringing the total funding for the project to $2.3 million, though Campbell said their hope is that they will be able to use CMAQ funding as opposed to money from the county’s coffers.

Scott-Heim said part of the reason she believes the county has not been successful at getting grants through the program in the past is because many parameters favored more concentrated urban centers as opposed to rural areas, though the state has made some efforts recently to make it more equitable.

“The program since its inception really favored urban areas,” she said. “For a rural area to get a grant is a little more difficult, so we were very excited to get it.”

Construction on the Jamestown project isn’t expected to begin until 2025 because Scott-Heim said the money for all of the engineering, design and environmental work won’t become available until July 1, though funding for actual construction is scheduled to be available in the 2024-25 fiscal year.

Scott-Heim said the county is also looking at potentially submitting applications in future grant cycles for projects that include street and sidewalk improvements along the Columbia corridor, Parrotts Ferry Road, Racetrack Road, and between downtown Groveland and Tenaya Elementary School.

Contessa Pelfrey, superintendent of the Jamestown School District, said they provided input in the process of developing the grant application and are grateful for the county’s efforts.

Pelfrey said the recent addition of a stoplight at Fifth Avenue and Highway 108 has created more traffic around the school, which has 343 students enrolled from transitional kindergarten through eight grade. She also said drainage issues around the school can also cause problems on rainy days that the project will hopefully address.