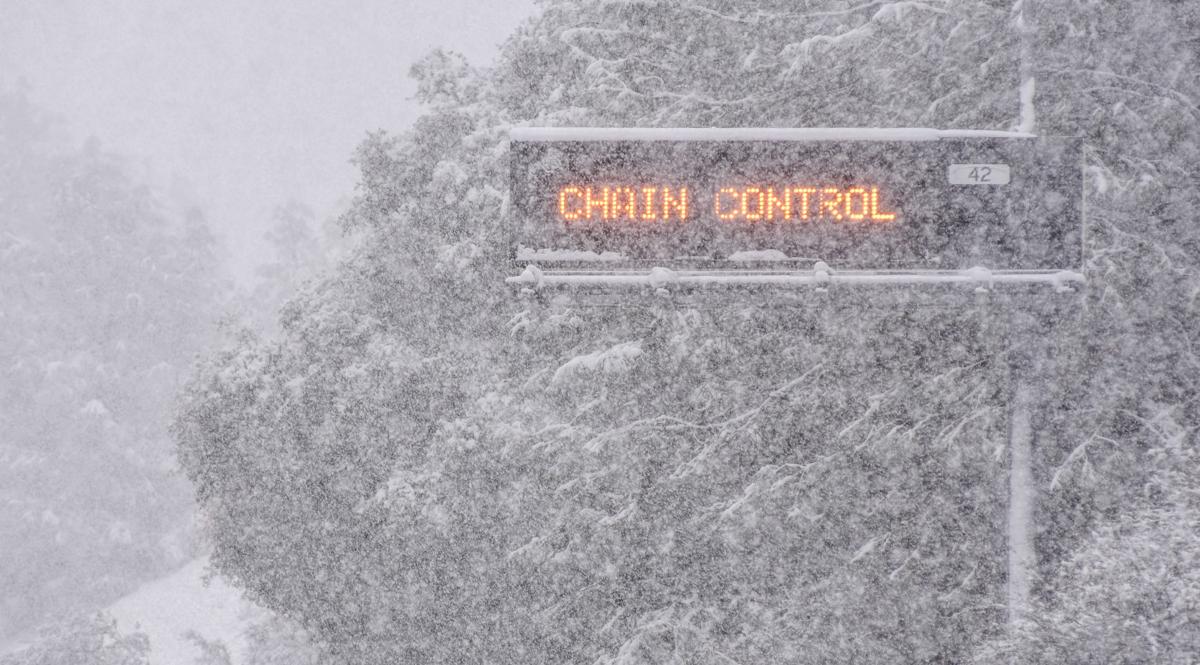 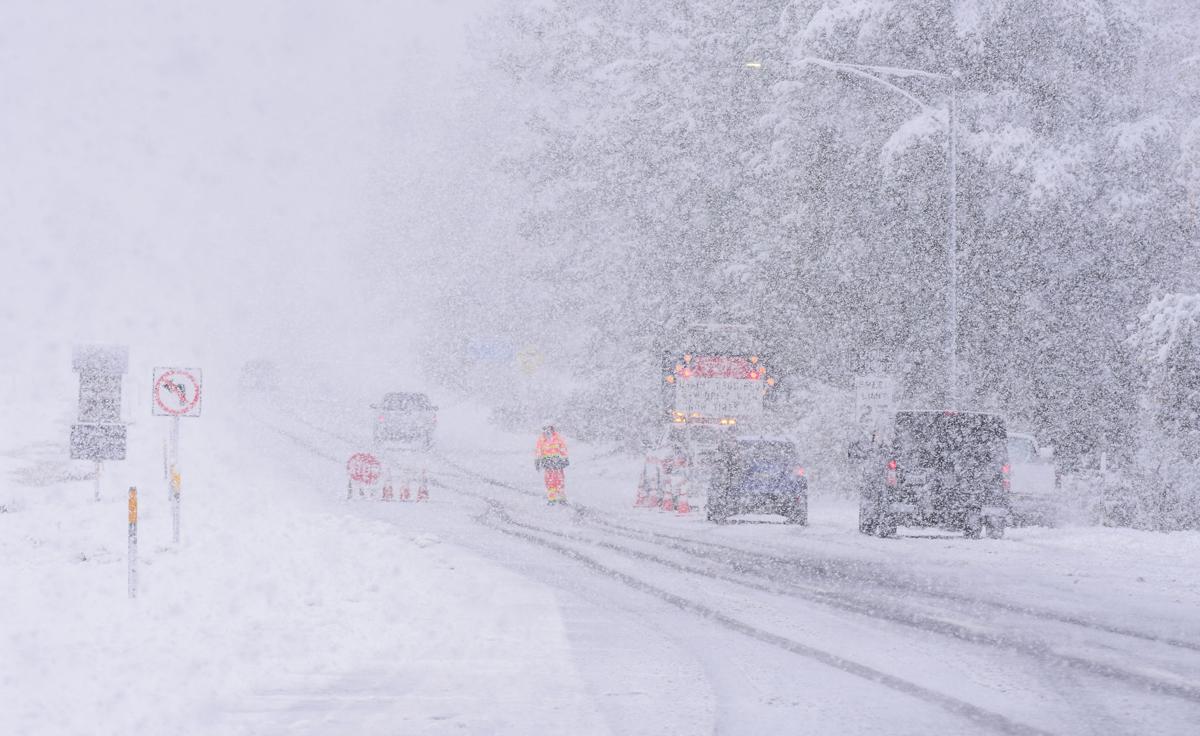 Vehicles stop to put on chains 200 yards east of the Soulsbyville traffic light. 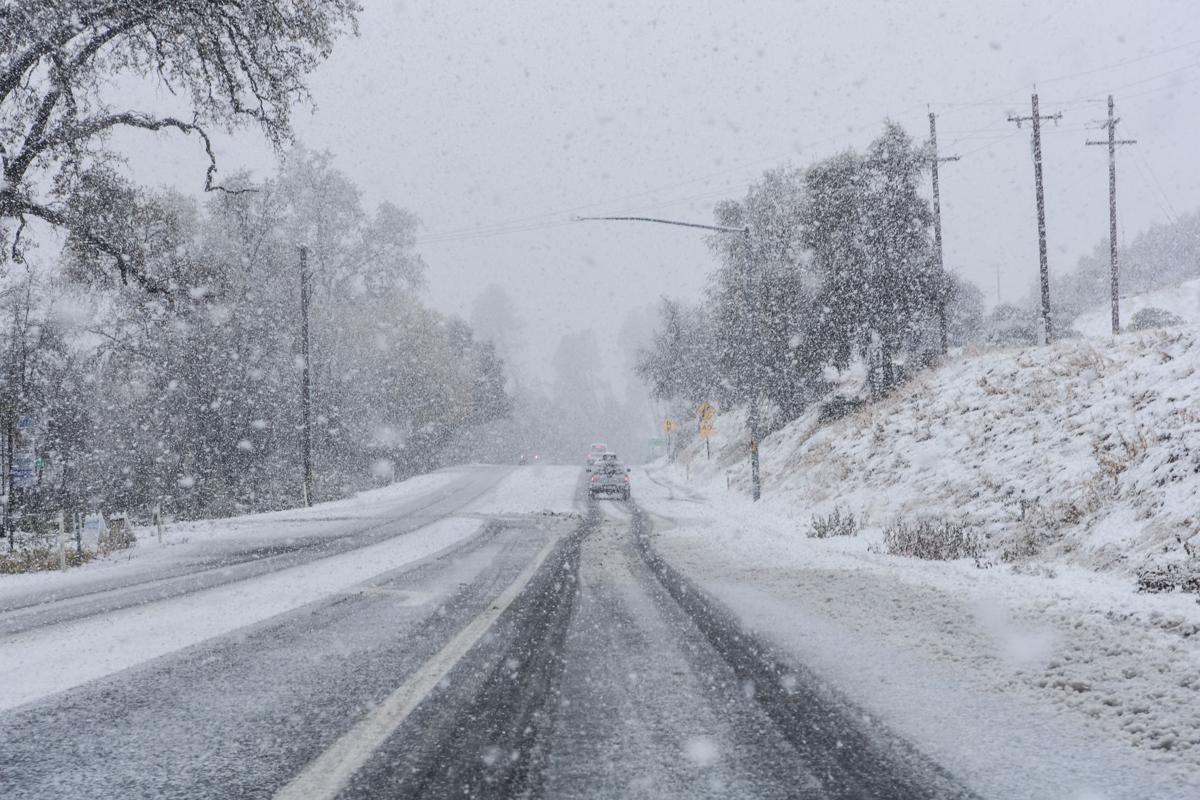 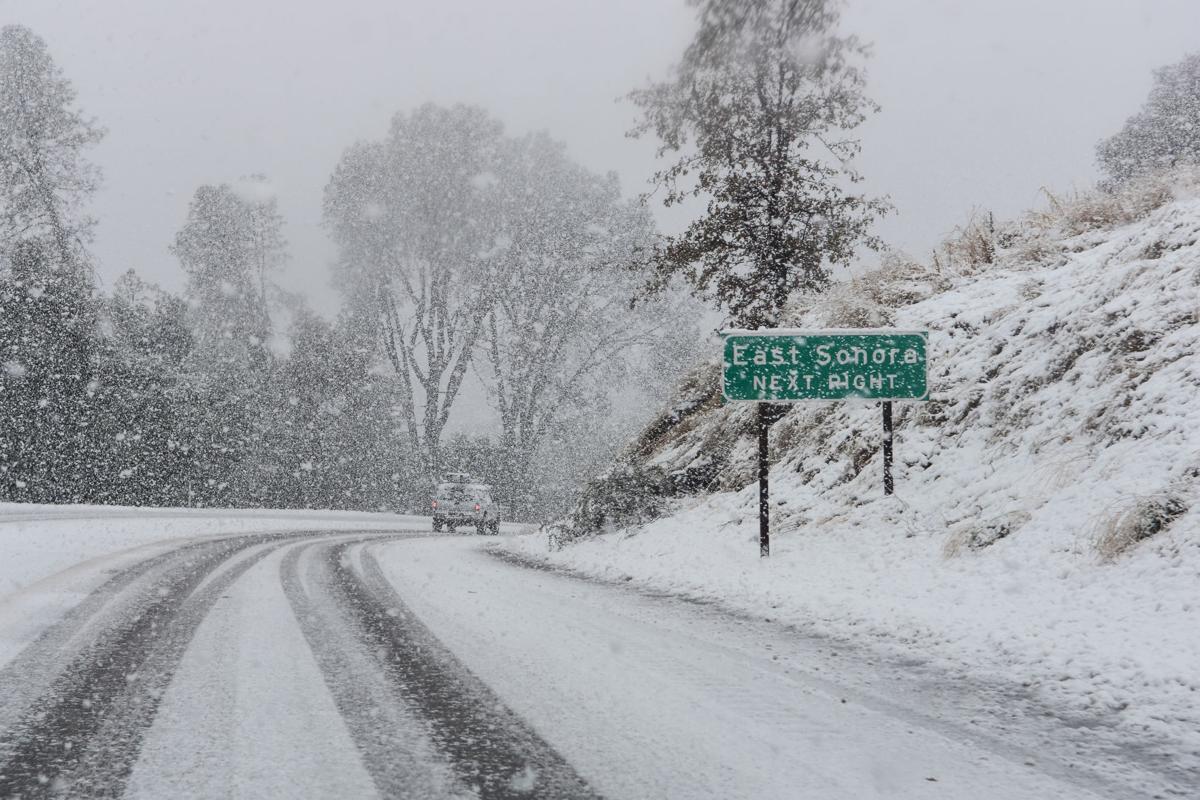 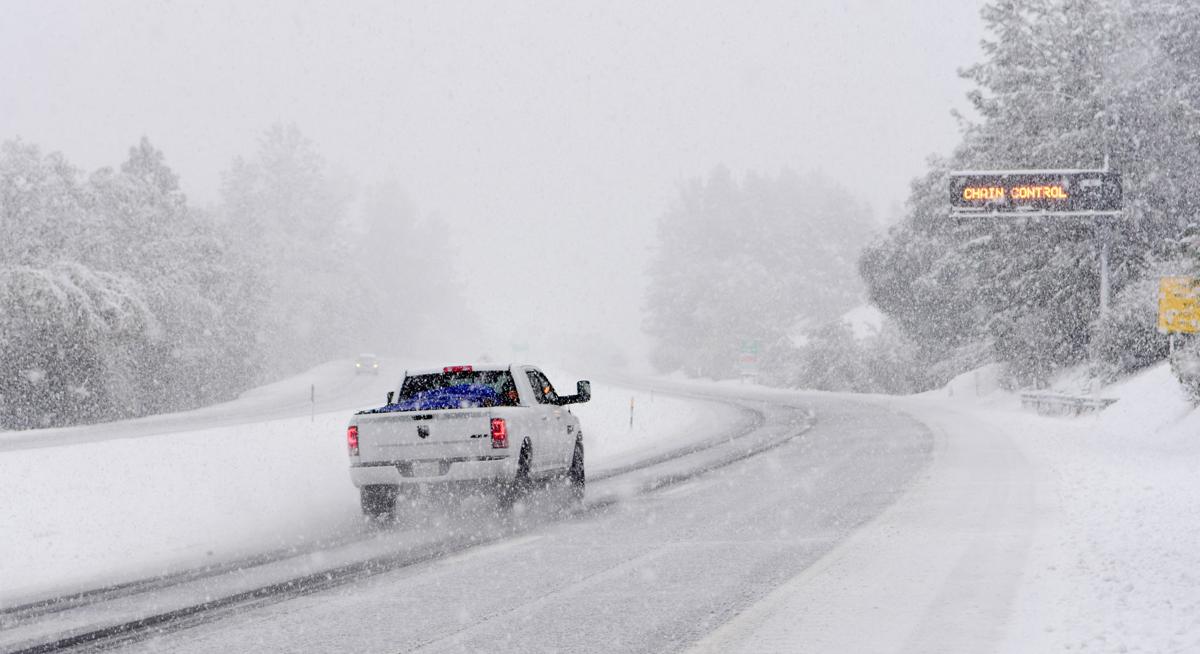 Vehicles stop to put on chains 200 yards east of the Soulsbyville traffic light.

A major winter storm that was billed by some forecasters as a bomb cyclone that would wreak havoc in Oregon and California brought rain and snow and freezing temperatures to Calaveras and Tuolumne counties and the rest of the Central Sierra overnight and early Wednesday.

Overnight lows dipped near freezing and in some cases felt like below 30 degrees Fahrenheit in parts of Sonora and towns north of New Melones in Calaveras County.

In the Sonora area, foothill snow levels came down to elevations as low as Highway 108 and Mono Way, around 2,100 feet elevation in East Sonora, where snow was sticking to the highway and other roadway surfaces around 9:30 a.m. By 11:30 a.m., chain controls were moved west down the hill on Highway 108 to west of Mono Way and east of Hess.

“Snow levels are generally above 2,600 feet elevation right now,” Sierra Littlefield, a meteorologist with the National Weather Service in Sacramento, said Wednesday morning in a phone interview. “For now through 4 p.m., snow levels may come down to lower elevations this afternoon and this evening and into the overnight hours. Could come down as low as 2,000 feet in the Sonora area.”

Downtown Sonora is more like 1,800 feet elevation so it’s hit or miss whether downtown will get any snow with the rest of the current storm system as it slides north and east over the Mother Lode.

Bomb cyclone is lingo meteorologists and weather junkies use to hype the power of approaching storms coming off the Pacific. It comes from the term bombogenesis, which happens when a midlatitude cyclone rapidly intensifies, dropping at least 24 millibars over 24 hours, according to the National Oceanic and Atmospheric Administration. Extreme and rapid changes in pressure can form very strong storms, hence the so-called “weather bomb” or “bomb cyclone” terms.

In this case, the brunt of the bomb felt in the Mother Lode included rapid drops in temperatures and increasing winds as the storm came ashore in Oregon and California on Tuesday, Littlefield said.

“Changing air pressure dictates how strong and powerful and explosive and sudden a storm can appear to be,” Littlefield said.

As of 11:30 a.m., no storm-related deaths had been reported in Calaveras County or Tuolumne County.

Read more about the storm and the weekend forecast in Thursday's Union Democrat.