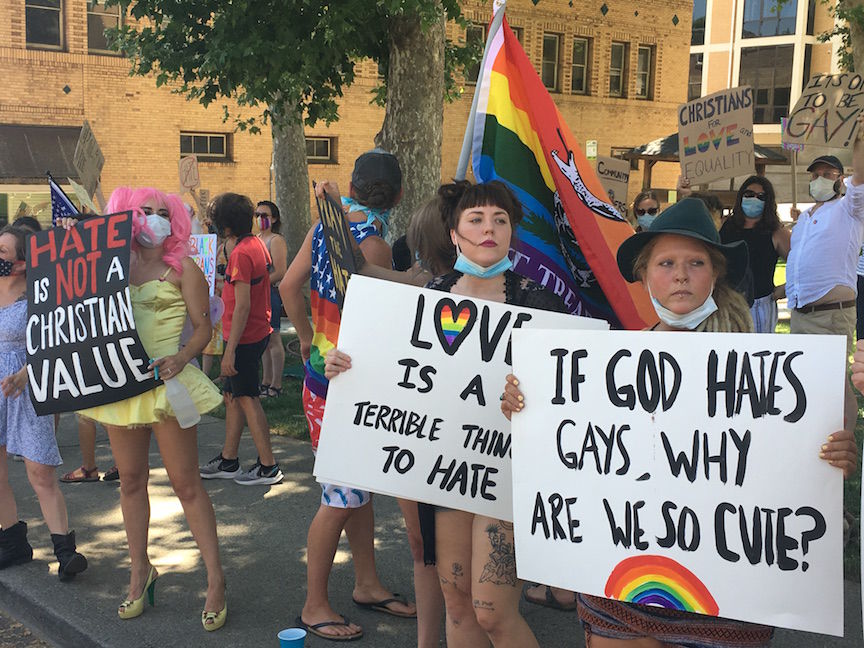 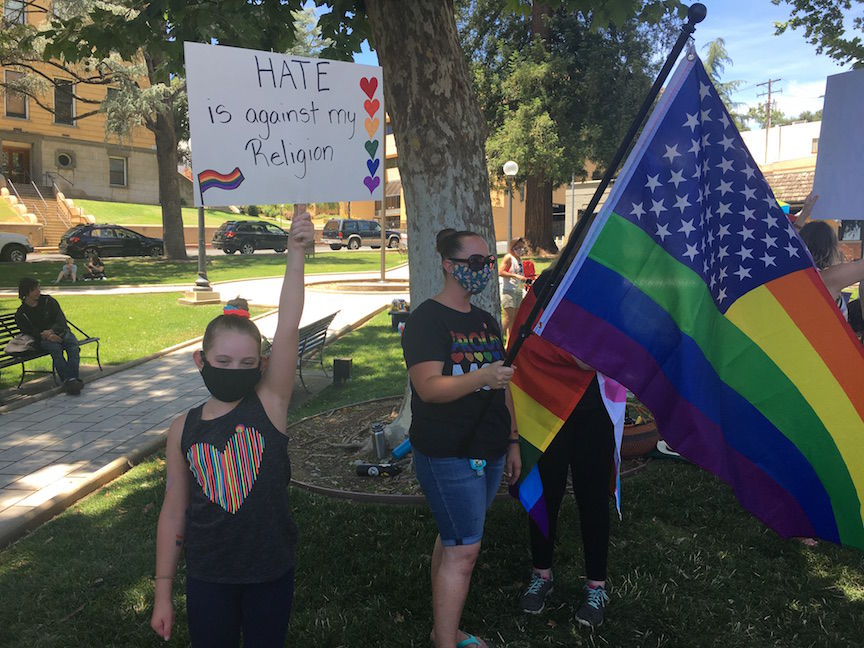 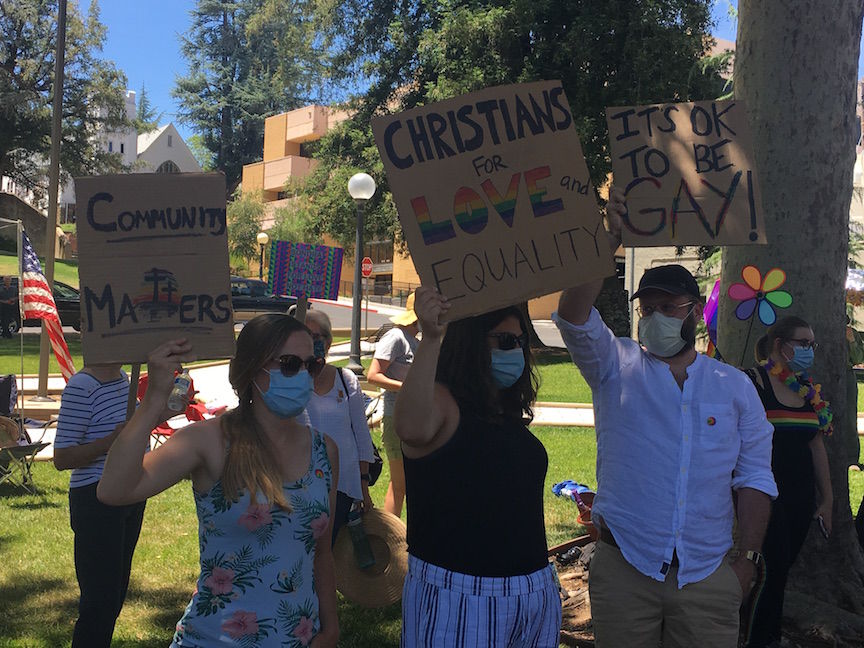 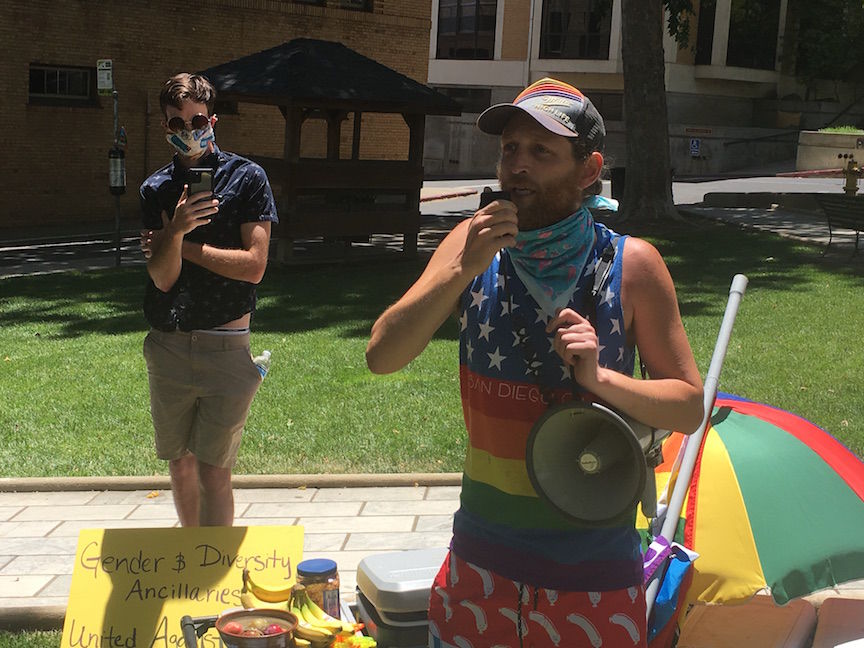 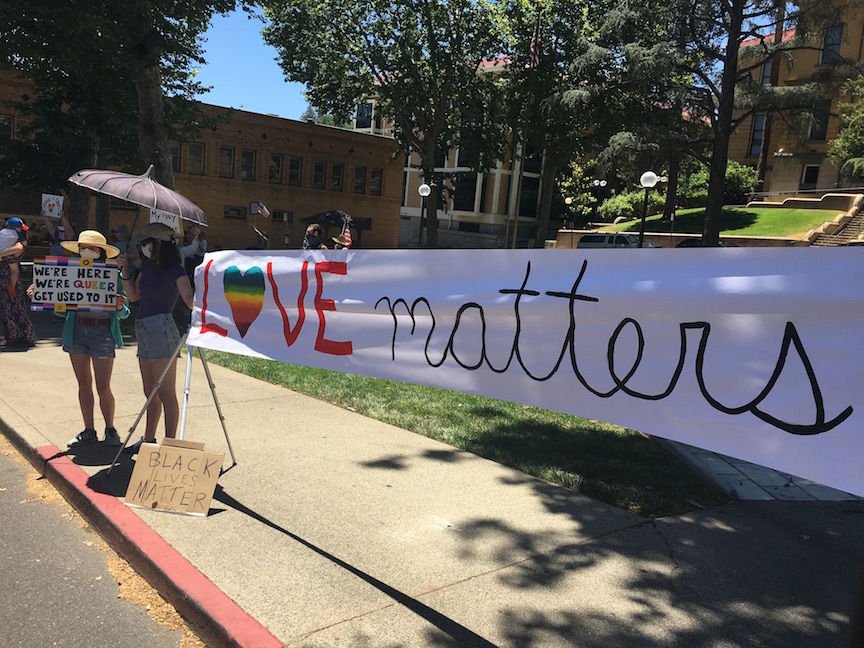 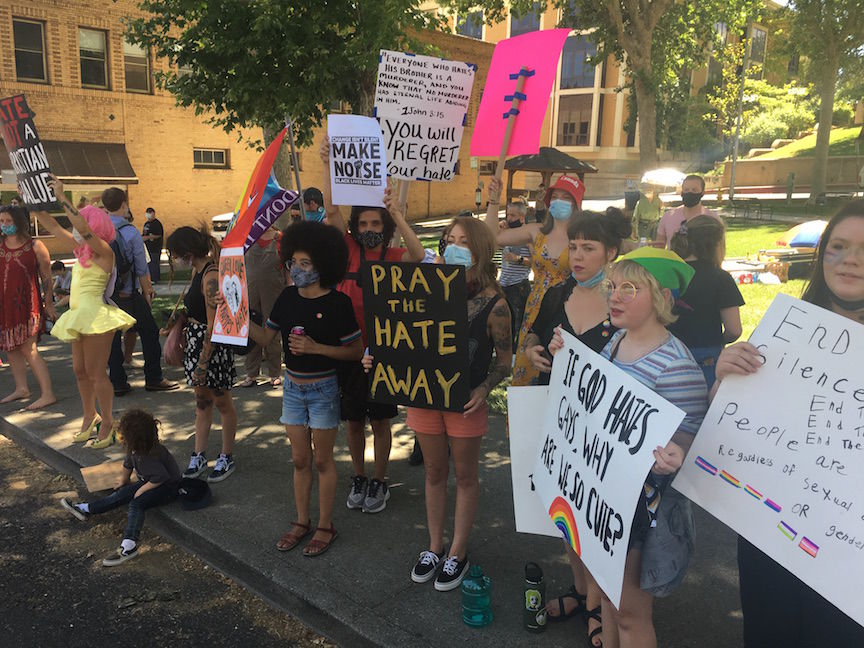 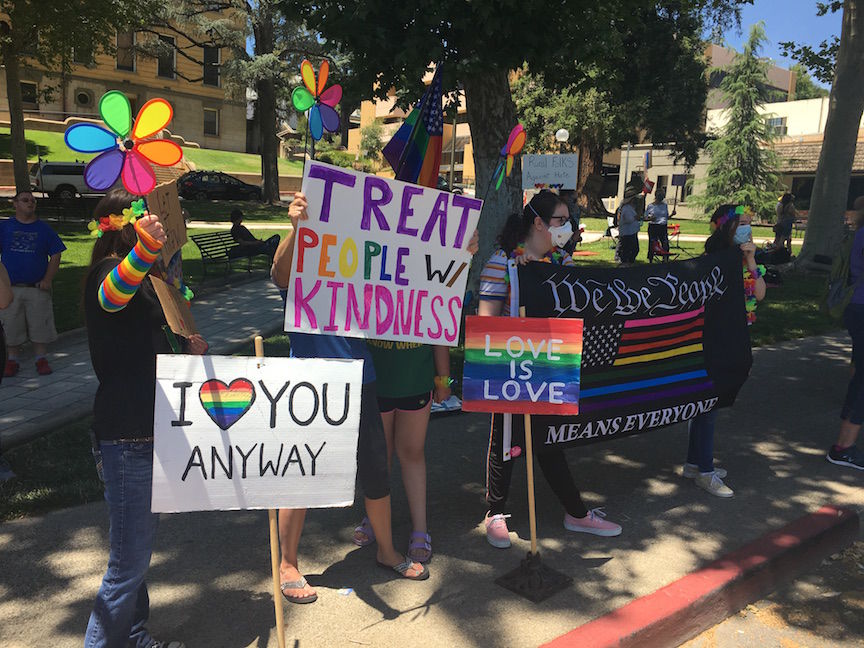 Roughly 50 people gathered at Courthouse Square in downtown Sonora on Saturday to celebrate Pride Month and protest a guest speaker at a Soulsbyville church who has made statements against homosexuality, gay marriage and Muslims.

Many people at the demonstration wore rainbow colored attire and held signs that promoted acceptance of the lesbian, gay, bisexual and transgender community.

Boykin’s inclusion at the church’s event inspired several local residents to organize the rally at the park.

Many vehicles passing the park on Washington Street honked in support of the demonstrators throughout the afternoon, though a few shouted “all lives matter” and a female passenger in a silver pickup flipped them off while making derogatory comments about LGBT people.