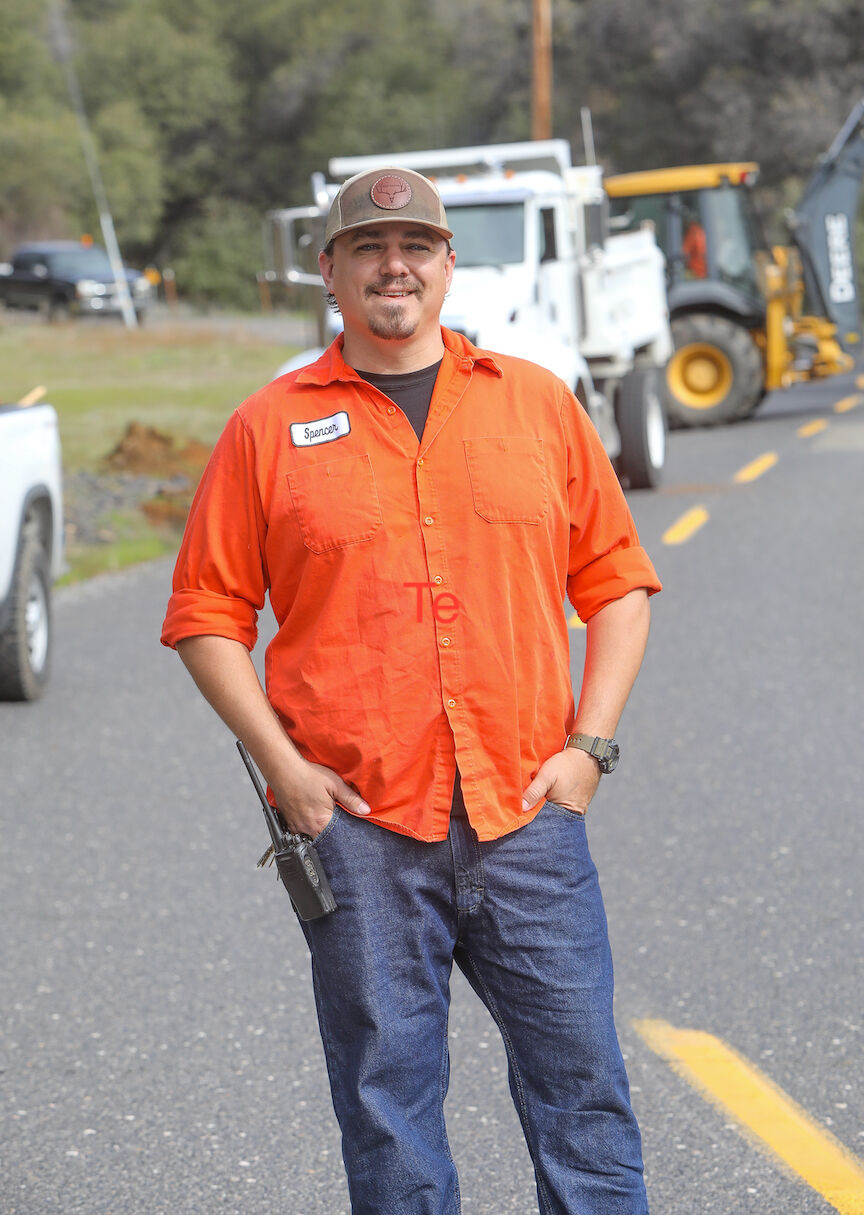 Tuolumne County road crew lead worker Spencer Stobaugh, 32, of Chinese Camp stands on a section of Old Wards Ferry Road where he and he crew work on clearing the gutters of debris. 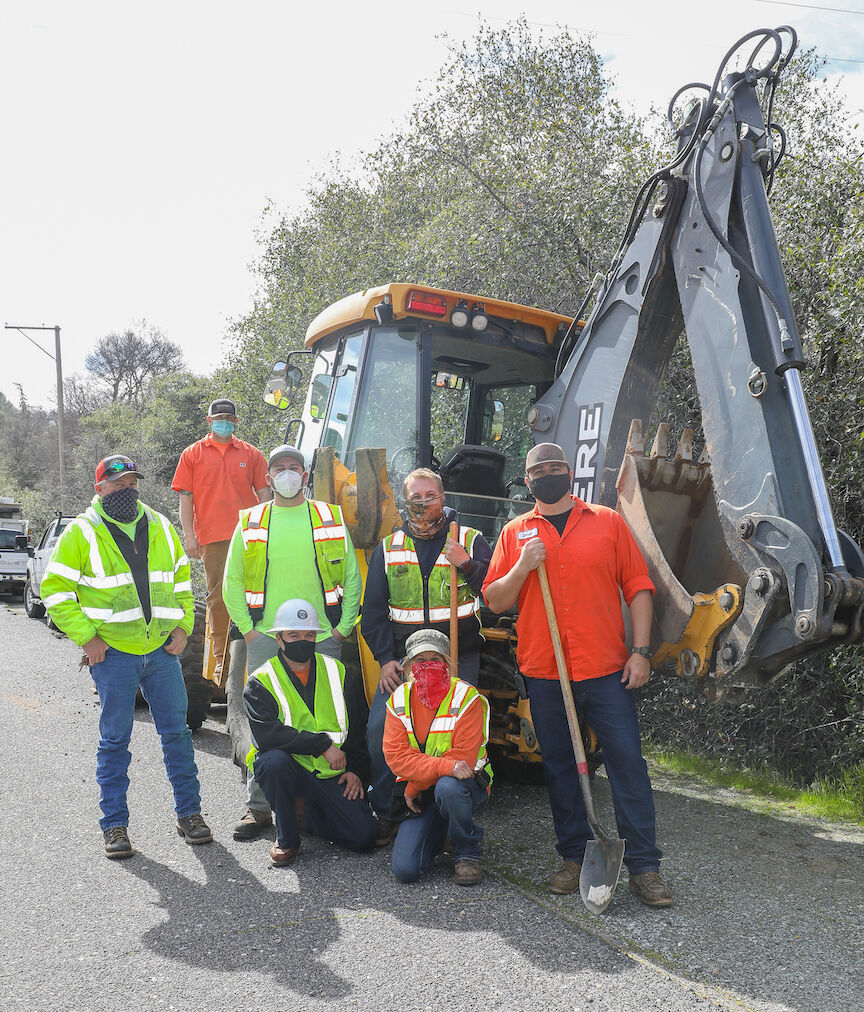 Tuolumne County road crew lead worker Spencer Stobaugh, 32, of Chinese Camp stands on a section of Old Wards Ferry Road where he and he crew work on clearing the gutters of debris.

Even during the COVID-19 pandemic, Tuolumne County road-crew lead worker Spencer Stobaugh had to wake up at 4 a.m. and join a team to plow snow off county roads between the snow line and Twain Harte.

"If a tree goes down at 2 a.m. or the middle of the day, we're the ones that grab the chainsaws," said Stobaugh, 32 of Chinese Camp. "Anything that's impeding the road, we have to go take care of it immediately."

Sometimes the regulations and safety precautions of the COVID-19 pandemic may be an inconvenience for Stobaugh and the crew, but he said it does not ever present too much of an obstacle to them performing their essential function.

"We go out to emergency calls, close the roads, set road signs," he said. "Anything that affects the road, we're there to help with traffic."

When the pandemic hit in March last year, Stobaugh said they "did not skip a beat."

"Everybody wears masks and everyone social distances, but our job kept going like normal," Stobaugh said. “You have to social distance when you can when you're clearing culverts and things like that, but we ride together as a crew, too. There's at least two people in a pickup, and that makes social distancing awful hard. On a hot summer day wearing a mask is not fun by any means, but it was something we had to do and everybody got it done."

The safety precautions remain in place at this time. Every day when Stobaugh arrives at the office at 7 a.m., he has to fill out a questionnaire to confirm he does not have symptoms.

"I love my job. I get to go out. We don't work on a lot of big projects, but every day you're making progress whether it's a small step or a big step," he said. "We have some really awesome people in the right spots. We're getting a lot of things done. We have an awesome team here, we've built a good crew."

Stobaugh began at the Tuolumne County Roads Department in 2012. He grew up in Chinese Camp and attended the elementary school there until sixth grade before transferring to Sonora Elementary School. He graduated from Sonora High School in 2006 and took college classes at Columbia College and at Cuesta College in San Luis Obispo before moving back to Sonora.

His first job was at AutoZone, but he and his wife, Sierra Stobaugh, had their first child, Kaiden. He was seeking out an occupation that didn't feel like a placeholder.

Stobaugh found his career, he said, at the Tuolumne County Roads Department.

"I wanted something consistent and something long term, obviously more money and more opportunity to grow, more responsibility," he said. "I was looking for more of a career, something I could stick with that I could see myself start young and then working here until it's time to retire."

He started at an entry level position, but has grown into a road-crew lead worker in his 12 years on the staff.

When Stobaugh began, the roads department was headed by Duke York, the fabled former deputy director.

"Duke was great," Stobaugh said. "He was around when they built them."

The department is now headed by Road Superintendent Mike Cognetti.

Daily work varies, Stobaugh said. The crews do everything from patching potholes, cleaning drainage ditches and culverts, cutting brush off the road and paving.

"It's a little bit of everything,” he said. “We just don't specialize in just one thing, that's why I like it. It's something different every day."

Stobaugh is employed in the West Division, which is based out of a yard in Jamestown. Their crew, including him, has seven people. They are responsible for roads between South Tulloch Road and Cedar Ridge, which includes Columbia, areas of Sonora outside of the city limits and Jamestown.

"When i'm driving down the road with the kids, I can say, 'Check that out. I cut that tree down,’ or ‘Look at that patch in the road. Your dad did that.' It's cool that I get to live and experience where I work every day."