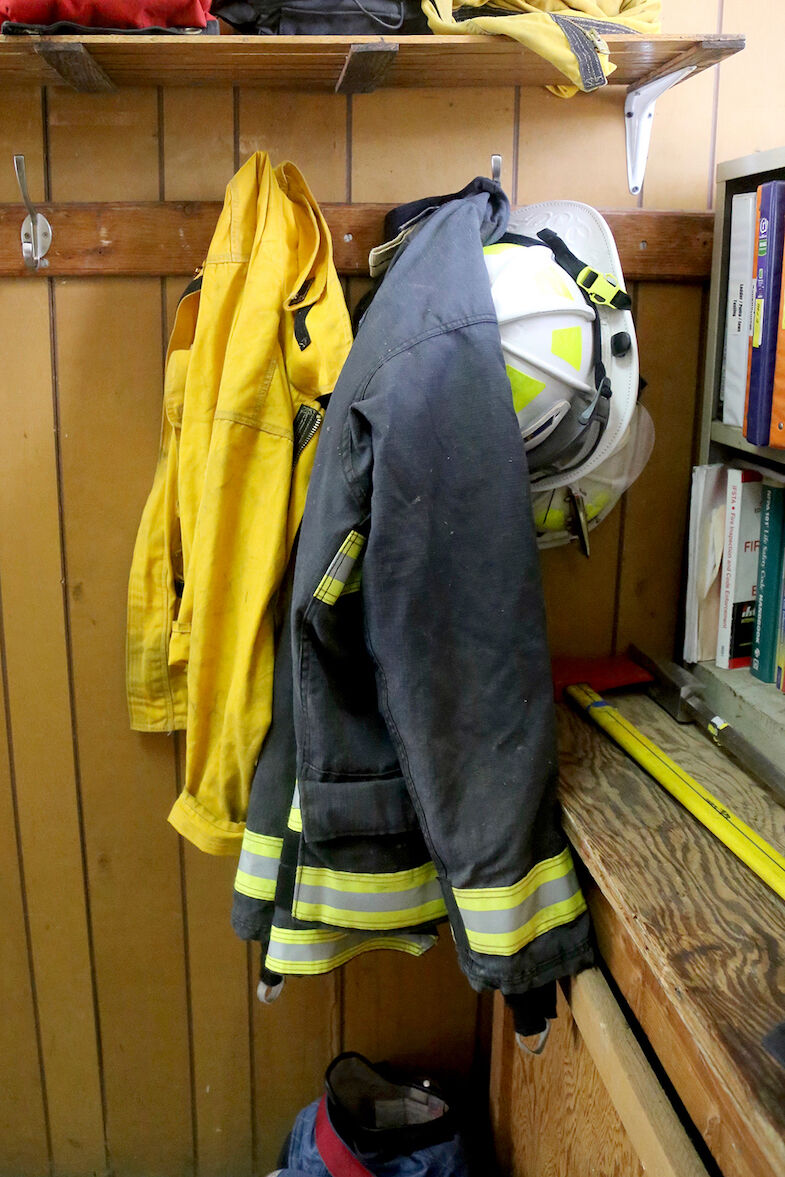 The Columbia Fire Protection District board is scheduled to meet at 9:30 a.m. the second Tuesday of every month at Station 74, also known as Columbia Engine Company No. 1, at 11328 Jackson St., says the district's chief, Mark Ferreira, who makes $700 a month. 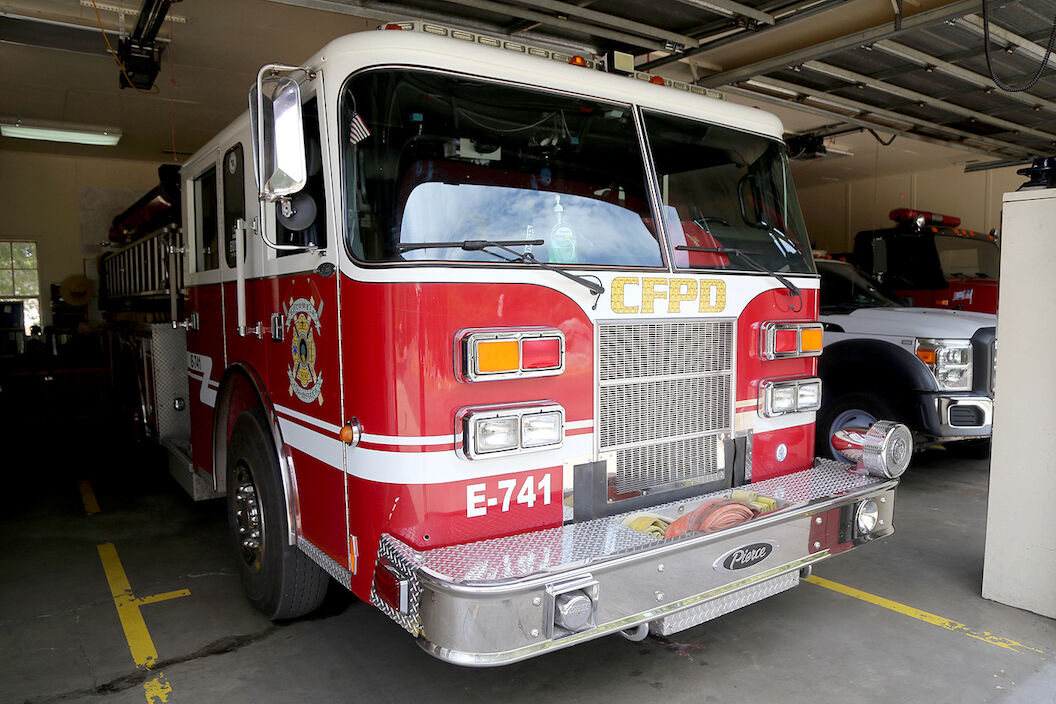 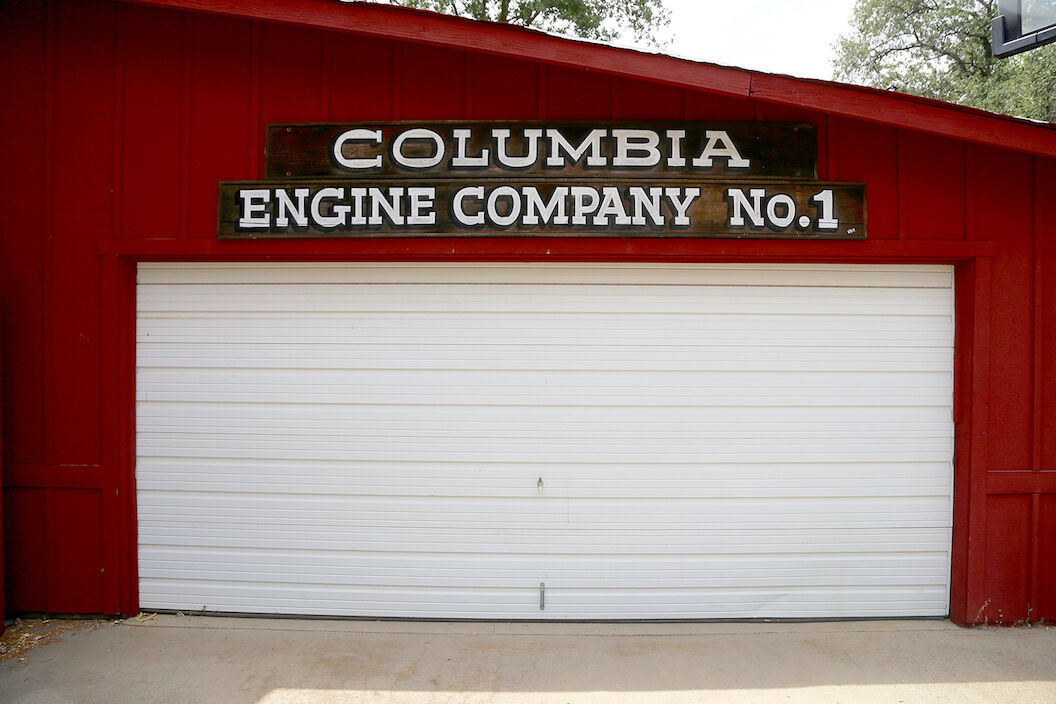 Columbia Fire Protection District Station 74, also known as Columbia Engine Co. No. 1, at 11328 Jackson St., appeared to be closed on Wednesday before the district's chief, Mark Ferreira, came to meet a visitor.

The Columbia Fire Protection District board is scheduled to meet at 9:30 a.m. the second Tuesday of every month at Station 74, also known as Columbia Engine Company No. 1, at 11328 Jackson St., says the district's chief, Mark Ferreira, who makes $700 a month.

Columbia Fire Protection District Station 74, also known as Columbia Engine Co. No. 1, at 11328 Jackson St., appeared to be closed on Wednesday before the district's chief, Mark Ferreira, came to meet a visitor.

“We have staffing on a very limited basis,” he said this week. “When COVID hit a year-and-a-half ago, we put a freeze on hiring. When we started hiring again, the ones we wanted to recruit got hired by other agencies, including Cal Fire. My budget is $87,000 a year. We get $62,000 from property tax revenues.”

Ferreira’s district is 1.1 square mile that’s occupied mostly by Columbia State Historic Park, which he said does not have to pay property taxes.

The state park does not pay anything for fire services to Columbia Fire Protection District, Ferreira said, and the district gets no share of county Transient Occupancy Taxes paid by tourists and other visitors who frequent hotels and motels.

“As I understand it, the state park is exempt from paying property taxes,” he said Wednesday. “About 40 buildings in the state park are classified as possessory interest.”

Some residents in the Columbia area have noticed Sonora Fire Department engines from the city responding to calls in Columbia. Ferreira said this is because staffing is so limited that his district can staff engines only three to four days a week.

“On any given work day, we can staff either one engine or two engines, with two interns or four interns,” he said. “Depending on how many certified drivers we have on a given day, when that staffing is available. When we are unable to staff engines, we have a longstanding mutual aid agreement with Sonora city fire. Sometimes they cover for us, so we have to go cover for them.”

The district’s Station 74, also known as Columbia Engine Co. No. 1, is the fourth busiest station in Tuolumne County and operates on far less funding than the top three busiest stations, Ferreira said.

Columbia FPD is an all-volunteer department, Ferreira said, despite being classified as a paid department. No one gets a salary. Volunteers get stipends, he said.

“In the last month, it was four days a week, tops, that we weren’t staffed,” he said. “It varies depending on staff availability. We’re staffing engines three days a week with staffing shortages and budget shortfalls.”

The bottom line is Station 74 has multiple fire engines inside and outside, but it has very few firefighters.

“As far as fire coverage in Tuolumne County, you get what you pay for,” Ferreira said. “This is what happens when you have a fire department on $87,000 a year.”

Columbia Fire Protection District typically recruits firefighter interns from Columbia College, and pays the interns stipends, not salaries, while they gain experience. That arrangement has worked in the past, but these days stipends are not enough to make ends meet.

Ferreira recently tried to restructure the district’s pay scale by increasing stipends to $350 and up to $1,500 a month, depending on intern certifications. However, that hasn’t helped the district retain or hire new interns because Cal Fire and other agencies pay more.

The district’s primary recruiting program is connecting with Columbia College intern firefighters, who get stipends.

“The largest pool we access to is the college fire academy,” Ferreira said. “We help train them when they are in the actual academy class.”

Extra funding for firefighting, wildfire prevention, and fire suppression set aside by Gov. Gavin Newsom and state legislators has also not trickled down to help the district.

The way Ferreira tells it, the extra state funding actually hurt the district by providing Cal Fire’s Tuolumne-Calaveras Unit the funds to hire 84 firefighters earlier this year, most of whom came from smaller agencies in Tuolumne and Calaveras counties.

“Eighty-four firefighters, that’s huge for the two counties,” he said. “Suppression funding went to Cal Fire, not other agencies. Not only did Cal Fire pick up a glut of interns, the cost of living increased. My personnel were basically paying to come to work.”

To make ends meet, the district’s firefighters have had to leave to do tree work, to work for their family businesses, to work three days a week at Lowe’s, and to dig in the ditches in the Central Valley to make a livable wage, Ferreira said.

“Last year with COVID, we didn’t get to connect with academy firefighters from Columbia the way we normally do,” he said.

Ferreira said he’s worked on putting benefits assessments in place that are dedicated to firefighter funding, which amount to $20,000 to $25,000 a year for stipends.

In previous years, the district’s intern program has been successful. Ferreira estimates in his seven years there, 85% of initial hires have gone on to work full-time firefighter jobs, career or seasonal with Cal Fire and the Forest Service.

The district is one of eight agencies that do automatic aid and mutual aid in Tuolumne County, Andy Murphy, the assistant chief for the Tuolumne County Fire Department and Cal Fire’s Tuolumne-Calaveras Unit.

There are 411 parcels within the district that are required to pay property tax.

The Sonora Fire Department is another of the fire agencies in Tuolumne County that participate in the current automatic aid agreement, Aimee New, the city’s fire chief, said Wednesday.

New said the department responds to mutual aid with Columbia Fire Protection District when requested and if resources are available to respond.

The Columbia Fire Protection District board is scheduled to meet at 9:30 a.m. the second Tuesday of every month at Station 74, at 11328 Jackson St. in Columbia. Ferreira says anyone is welcome to attend the meetings, which are public.