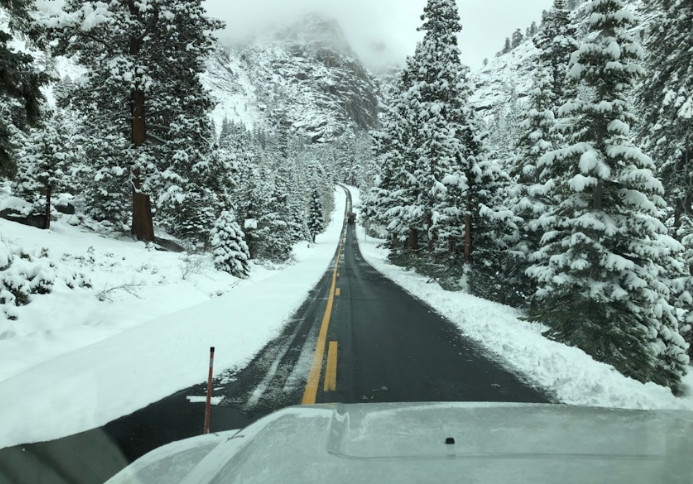 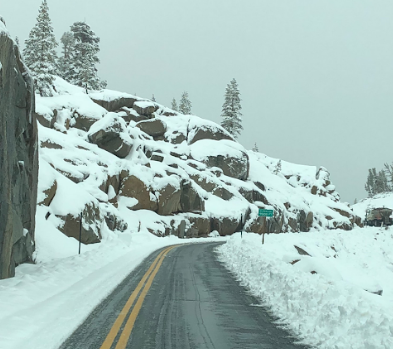 While a late-season storm and colder weather moves east out of the Central Sierra, Caltrans workers re-opened Sonora Pass on Highway 108 and Ebbetts Pass on Highway 4 Wednesday afternoon.

District 9 workers were able to re-open Monitor Pass on Highway 89 east of Ebbetts Pass in Alpine County by 8 a.m. Wednesday.

Forecasters say the recent whipsaw weather in Calaveras and Tuolumne counties is changing again today. Cold, wet winter-like conditions earlier this week are transitioning to warm, dry sunny weather through the long holiday Memorial Day weekend and into next week.

Memorial Day this year is Monday and by then daytime highs in the Mother Lode could reach into the 90s, as much as 30 to 40 degrees warmer than Monday this week, when cold rain and hail pounded downtown Sonora and East Sonora.

Snowmelt and runoff from recent snows at high elevations in the Central Sierra are especially frigid this week, Tuolumne County search-and-rescue personnel and National Weather Service forecasters in Sacramento say.

Some rain and snow showers and breezy winds may linger in the high east portions of Calaveras and Tuolumne counties as the outgoing storm system exits. Milder weather is in store the rest of this week and into the weekend.

Sonora Pass on Highway 108, at 9,624 feet above sea level, and Ebbetts Pass on Highway 4, at 8,730 feet elevation, were both opened to the public by Caltrans at 10 a.m. last Friday for the first time since Caltrans closed both passes in late November.

The two passes remained open through Sunday and early Monday, when the now-outgoing storm system dumped a foot to 18 inches of new snow and Caltrans closed the passes again. Dan McHoul with Caltrans District 10 took photos Tuesday that showed one lane of Highway 108 still covered near 8,000 feet, and just below the 9,000-foot elevation sign where switchbacks hug the Deadman Creek drainage in Tuolumne County.