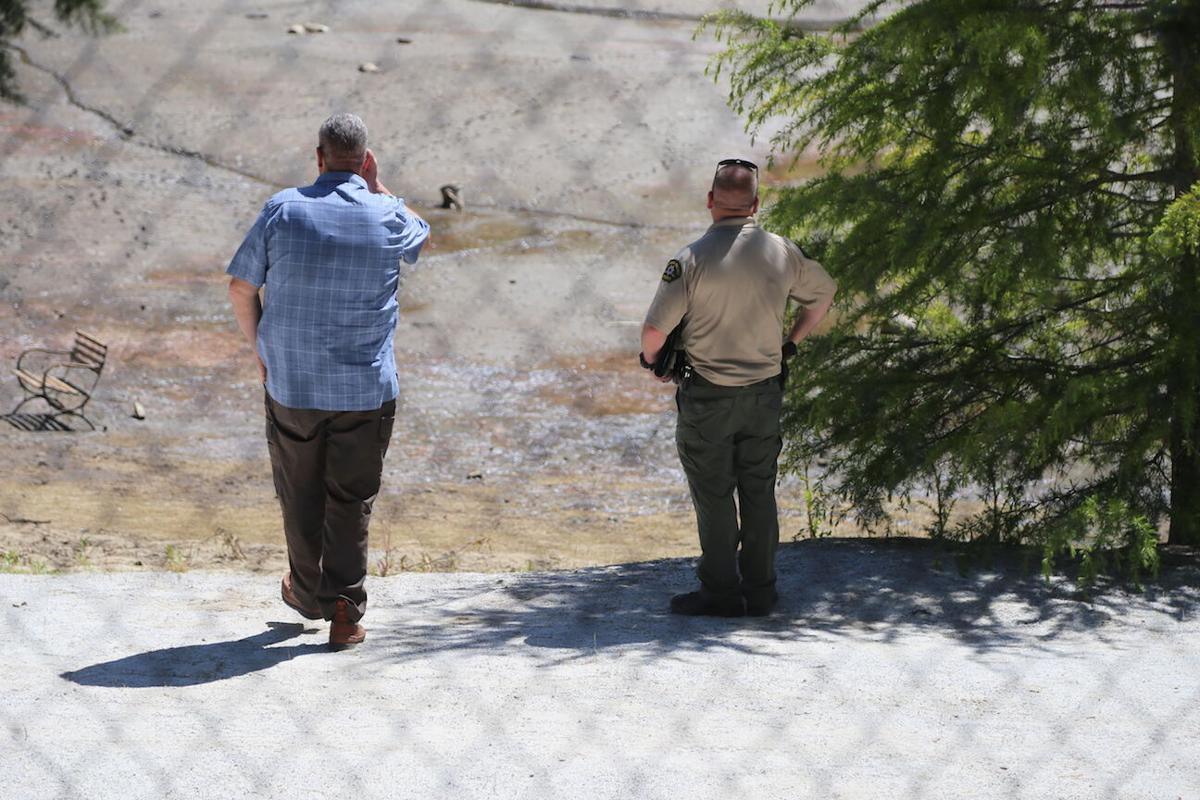 Lt. Craig Davis and Detective Richard Donaldson with the Tuolumne County Sheriff's Office were at Lower Crystal Falls Lake, a man-made reservoir off Crystal Falls Drive, on Monday to inspect how the reservoir is draining in advance of a search for remains of Troy Robert Galloway, who has been considered missing since January 2016. 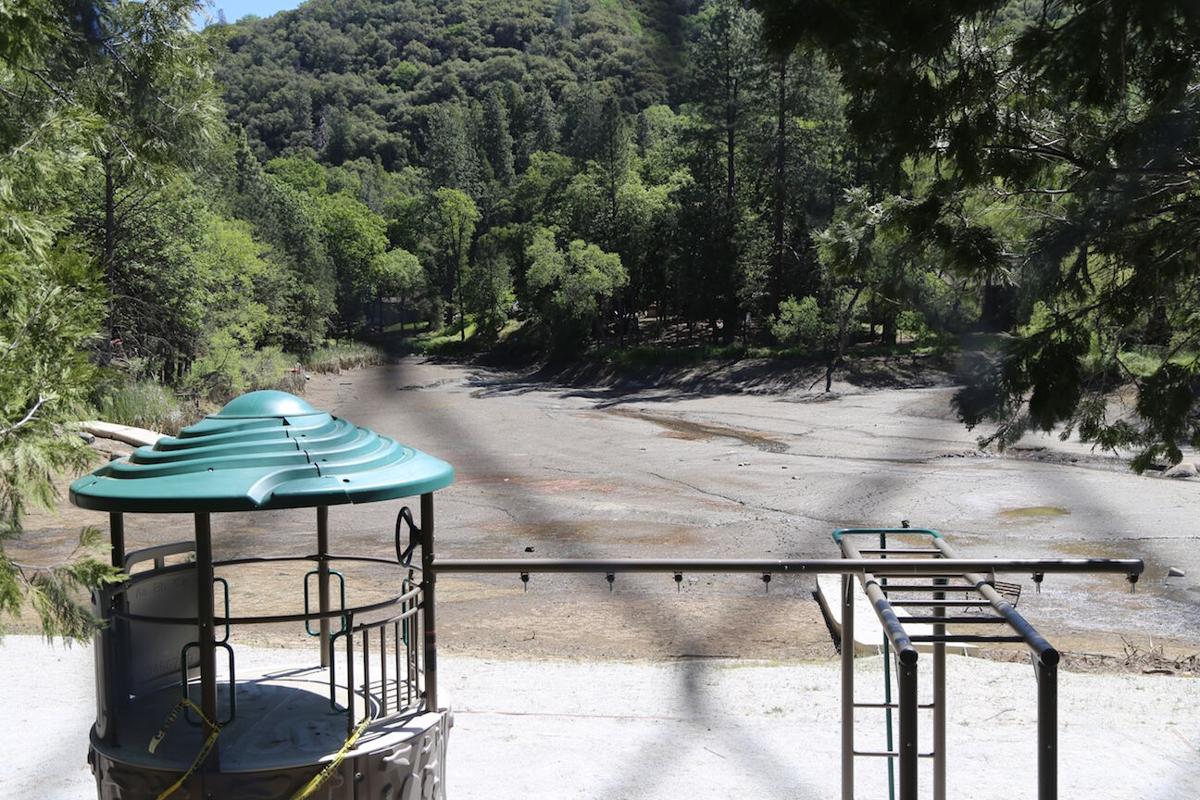 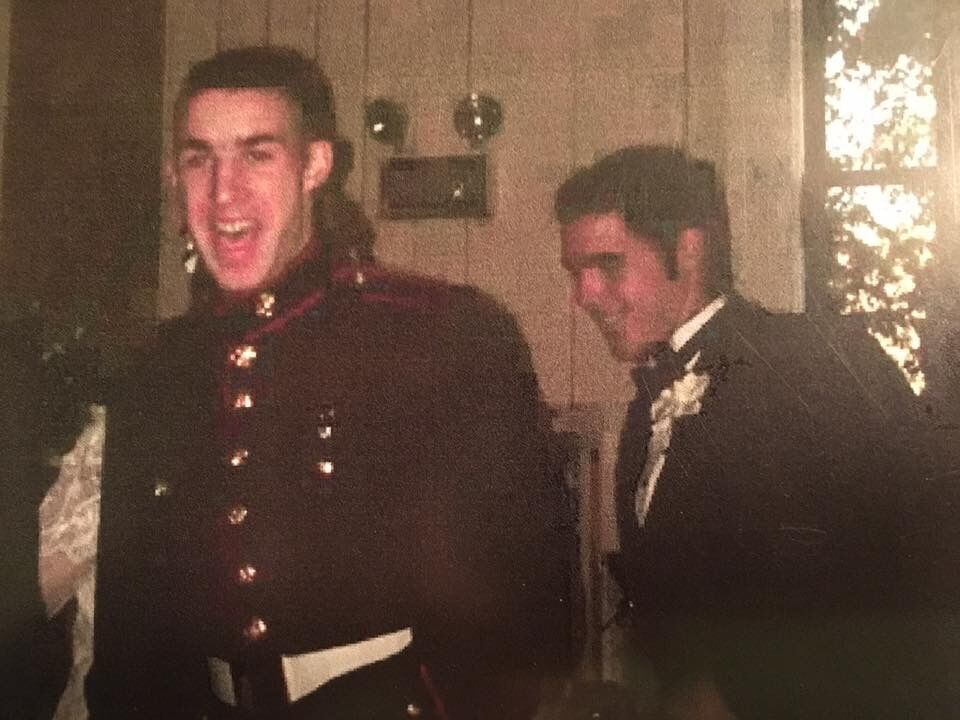 Troy Galloway (left) and his brother, Strider Kerrick, having fun at a wedding in 2000.

Lt. Craig Davis and Detective Richard Donaldson with the Tuolumne County Sheriff's Office were at Lower Crystal Falls Lake, a man-made reservoir off Crystal Falls Drive, on Monday to inspect how the reservoir is draining in advance of a search for remains of Troy Robert Galloway, who has been considered missing since January 2016.

Troy Galloway (left) and his brother, Strider Kerrick, having fun at a wedding in 2000.

Authorities have drained Crystal Falls Lake, a private, fenced, gated, man-made reservoir off Crystal Falls Drive, to search for the remains of Troy Robert Galloway, a man considered missing for more than five years, since January 2016.

The reservoir has been drained by the Crystal Falls Association to comply with a request from the Tuolumne County Sheriff’s Office.

Sheriff’s Lt. Craig Davis and Det. Richard Donaldson were at Lower Crystal Falls Lake on Monday to inspect how the reservoir is draining. They referred questions to a designated public information officer for the Tuolumne County Sheriff’s Office.

Unspecified evidence and information obtained by investigators “pinpoint Mr. Galloway's last known location as being in the water of Crystal Falls Lake,” Davis said in an April 9 letter addressed to the Crystal Falls Ranch Association president and board.

“The association understands it’s an unfortunate situation,” Chris Stephan the association president, said Monday in a phone interview. “We are working to cooperate with law enforcement and to possibly find closure to the situation. I think we all seek closure on this.”

Gail Ringen, who has owned property off Crystal Falls Drive since 2001 and lived there since 2016, came to take photos of the drained reservoir Monday for a friend. She is not a member of the Crystal Falls Association and lives outside the association’s area.

Ringen said she was curious, that’s one reason she came for photos. She also had a request from a friend, a former lifeguard at Lower Crystal Falls Lake, who heard the reservoir was being drained and hoped to learn the outcome of Galloway’s disappearance more than five years ago.

“She called me, and it was because of hearing the lake was being drained,” Ringen said, speaking from behind the wheel of her car in a parking lot next to the reservoir and the Crystal Falls Association office. “I think she wanted to know whether there will be an outcome on the gentleman and that tragedy. There’s a reason they are suspicious his body might be there in that reservoir. They’re suspicious that’s where his body ended up.”

Galloway is a Sonora-based U.S. Marine Corps veteran, husband, and father who, before he went missing, suffered from PTSD and depression. His mother, Nancy Galloway, could not be reached Monday for comment. She is recovering from malignant ampullary cancer surgery, according to a GoFundMe page updated in late April.

Nancy Galloway spoke for the record with The Union Democrat in August 2019, when the Sheriff’s Office publicized numerous unsolved missing persons cases. At that point it had been more than three years since her son left his home in Crystal Falls and went missing on a chilly winter night in January 2016.

Every day felt like torture, Nancy Galloway said. Every day she would try to do something to help her get closer to finding her son, even if it was just a prayer.

Troy Galloway was among the first group of missing people whose cases were re-publicized by the Sheriff’s Office in an attempt to generate more leads. Nancy Galloway, who lived in Santa Cruz at the time, said, “I’m really glad they are doing this.”

Nancy Galloway said her son didn’t have his jacket when he left his house, on a night that neighbors later described as “wicked cold.”

Troy Galloway was reported missing by his wife a couple of days later when he didn’t return home.

No items of clothing or anything else belonging to Troy Galloway were ever found prior to August 2019. Investigators said his phone went off 30 minutes after he left his home and never turned back on.

None of Troy Galloway’s bank accounts were touched, his mother said in August 2019. There were times when Nancy Galloway hoped her son was just lost and alive somewhere, possibly due to a case of amnesia.

“Troy had mental health issues,” Nancy Galloway said, “and maybe he lost his memory or something to do with mental health.”

There were also times when Nancy Galloway would wonder if her son was kidnapped to be held hostage, or worse.

“It goes from there to murder, or injury, he could have fallen off a cliff,” Nancy Galloway said in August 2019. “I don’t want to stay in that murder part, but I want to be realistic. I don’t know if you can prepare yourself for having that information, but I’m trying to prepare myself.”

Nancy Galloway said there were at least five times since her son’s disappearance when unidentified remains were discovered in the Sonora area, keeping her on edge each time until authorities identified the remains of the deceased.

Davis contacted Nancy Galloway before August 2019 to tell her he was the new person in charge of detectives and how they planned to publicize unsolved missing persons cases on social media.

Even if Sheriff’s Office efforts led to the worst outcome, Nancy Galloway said, she would rather know what happened than continue wondering.

“If they found remains, I would definitely want to know,” Nancy Galloway said. “We don’t even get to have a memorial for Troy, because we don’t know if he’s dead or alive.”

In April 2017, Troy Galloway’s disappearance was featured on Dateline NBC.

“I just want to find him,” Nancy Galloway told Dateline NBC. “I want to talk with him, I want to hug him.”

In an April 9 letter addressed to the Crystal Falls Ranch Association president and board, Davis described the Sheriff’s Office efforts in a “Notice of Investigation and Law Enforcement Operation.”

The Sheriff’s Office investigation of Troy Galloway’s disappearance has been long and arduous, Davis said. All information, leads, tips and other information have been thoroughly investigated and vetted.

A sonar scan of the reservoir conducted in an attempt to locate Troy Galloway produced negative results. All other investigative efforts were exhausted before investigators concluded he went into the reservoir and was never seen coming out.

“It is now our primary function to attempt to locate and recover Mr. Galloway’s remains,” Davis said in his April 9 letter to the association. “We will do our best to provide closure for his family and friends. As law enforcement function dictates, we investigate many facets of criminal activity, suspicious deaths and recovering human remains are among those.”

The Tuolumne County Sheriff’s Office is also the Coroner’s Office, which has a legal obligation to recover human remains, Davis said.

“Due to the sensitivity and nature of this investigation,” Davis said on behalf of Sheriff Bill Pooley, “we will require that you restrict all access to the lake and lakebed area until our investigation is concluded. We anticipate this process to take from several days to a couple of weeks, obviously certain aspects such as mother nature are out of our control. We value our community partnerships and thank you in advance for your cooperation.”