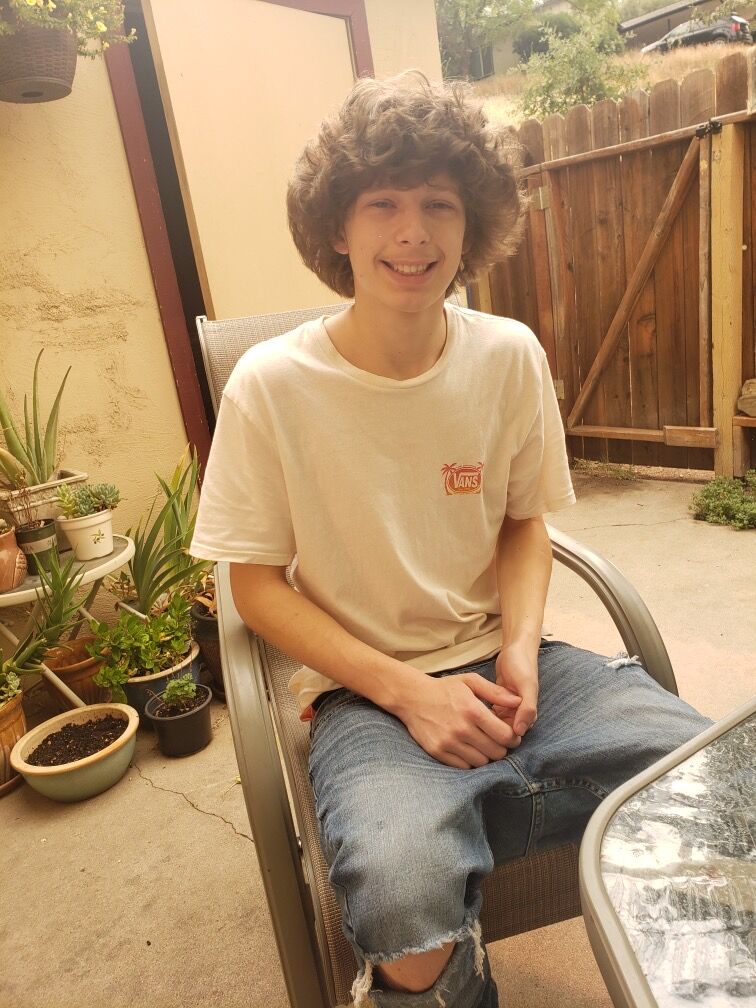 Joshua Amondo Rodriguez, 20, of Tuolumne, is accused of shooting and killing 17-year-old Eric Aguiar, of Jamestown, in a parking lot near Sonora High School on Sept. 16, 2020.

Joshua Amondo Rodriguez, 20, of Tuolumne, is accused of shooting and killing 17-year-old Eric Aguiar, of Jamestown, in a parking lot near Sonora High School on Sept. 16, 2020.

A Tuolumne man accused of shooting and killing a 17-year-old boy near Sonora High School in September 2020 has had a new trial date set for early next year.

Tuolumne County Assistant District Attorney Eric Hovatter, who is prosecuting the case, said in an email to The Union Democrat on Tuesday that the trial for Joshua Rodriguez, 21, was scheduled to begin Jan. 31, 2022.

Rodriguez is accused of using a semi-automatic handgun to shoot and kill 17-year-old Eric Aguiar during a dispute in a parking lot adjacent to Sonora High School on Sept. 16 last year.

Rodriguez is charged with one count of murder in the death of Aguiar, three counts of attempted murder against three seperate individuals who were allegedly fired on in their respective vehicles during the incident, and one count of threatening a witness.

Eric Aguiar’s mother, Autumn Aguiar, was present at the hearing on Friday when the new trial date was announced.

“I’m glad that we’re moving forward and that Rodriguez is going to pay for what he did,” she said.

Autumn Aguiar referred to the hearing as brief, and the trial date as “pre-agreed.”

Rodriguez had a two-day preliminary hearing in early March when Tuolumne County Superior Court Judge Kevin Seibert confirmed he would face trial on felony charges of murder and attempted murder in connection with the shooting death of Aguiar.

Rodriguez was represented by Modesto-based private attorney Martin Baker during the preliminary hearing, but Baker no longer represents him.

According to court records, Rodriguez is represented by Ashley Belden, who is designated to the Tuolumne County Office of Conflict Counsel.

Rodriguez pleaded not guilty during an arraignment following the preliminary hearing on April 19. A trial originally set for Sept. 20 was vacated following a defense motion for a continuance on Aug. 27, according to court records.

During the preliminary hearing, Rodriguez was accused of bringing a gun to a coordinated fistfight between high school-aged students.

Evidence brought to the preliminary hearing indicated Aguiar was shot in the passenger seat of his friend's Toyota pickup truck less than a minute after they arrived at the parking lot adjacent to Sonora High School, and he likely died within 10 minutes due to a single gunshot wound that pierced his heart and lungs.

Rodriguez was accused of firing the gun into the Toyota and a Dodge Ram occupied by Aguiar's friends and threatening the lives of three others.

Rodriguez was identified as a suspect through surveillance camera footage, which captured the vehicles arriving and leaving, as well as audio that captured what appeared to be gunshots and shouting.

Rodriguez first appeared in Tuolumne County Superior Court in October last year after he was extradited from Centerville, Utah, where he was arrested on Sept. 26, 2020.

He remains in custody with a bail amount of $2.5 million, with a pre-trial readiness hearing set for Jan. 6, 2022.