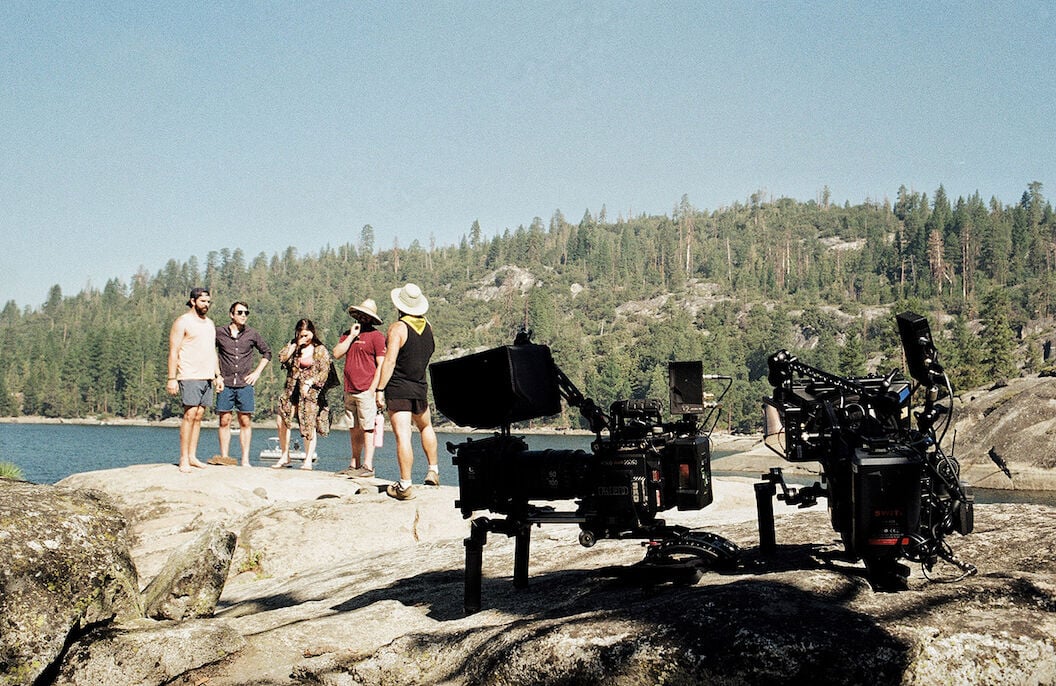 "Stranger in the Woods"  a psychological thriller produced by Kyle Newacheck and directed by his brother, Adam Newacheck, in Long Barn, is described as a weekend getaway gone wrong. 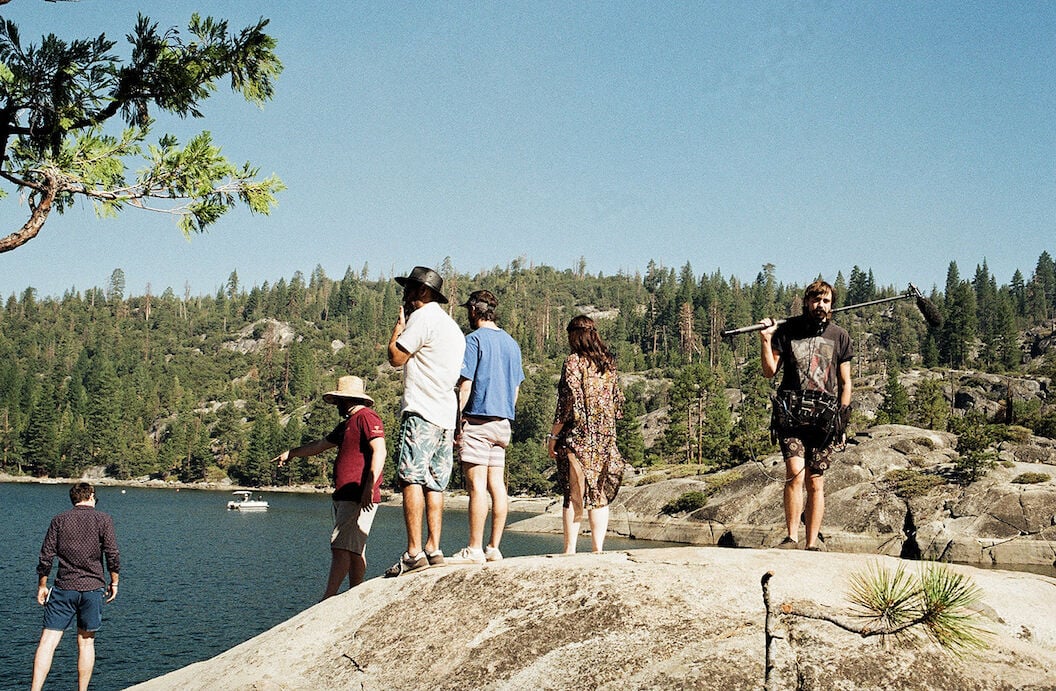 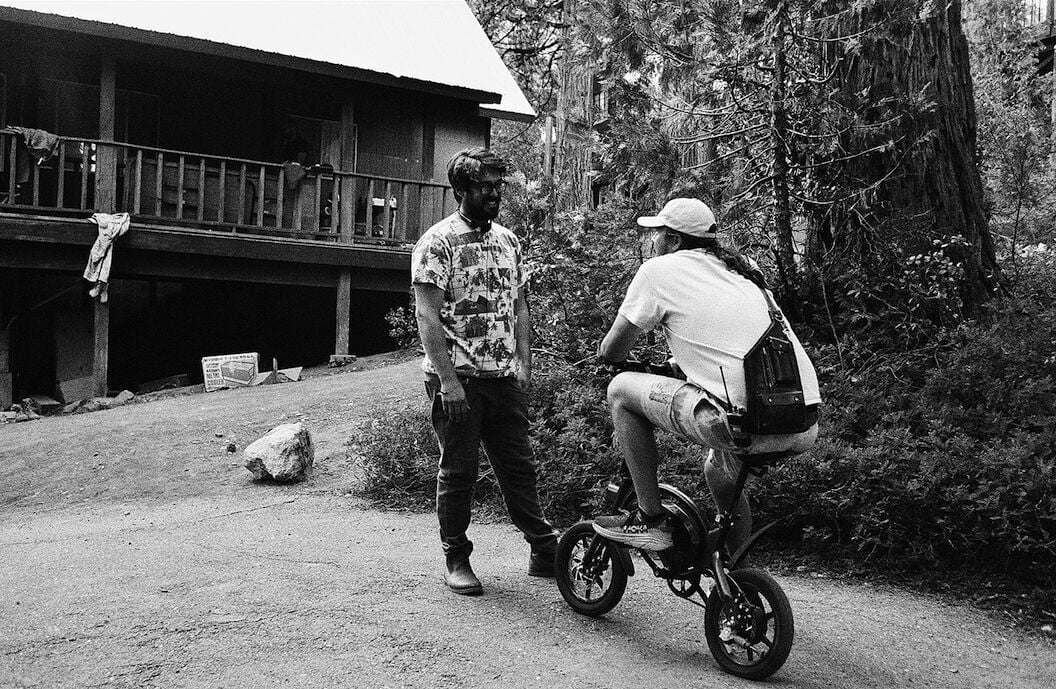 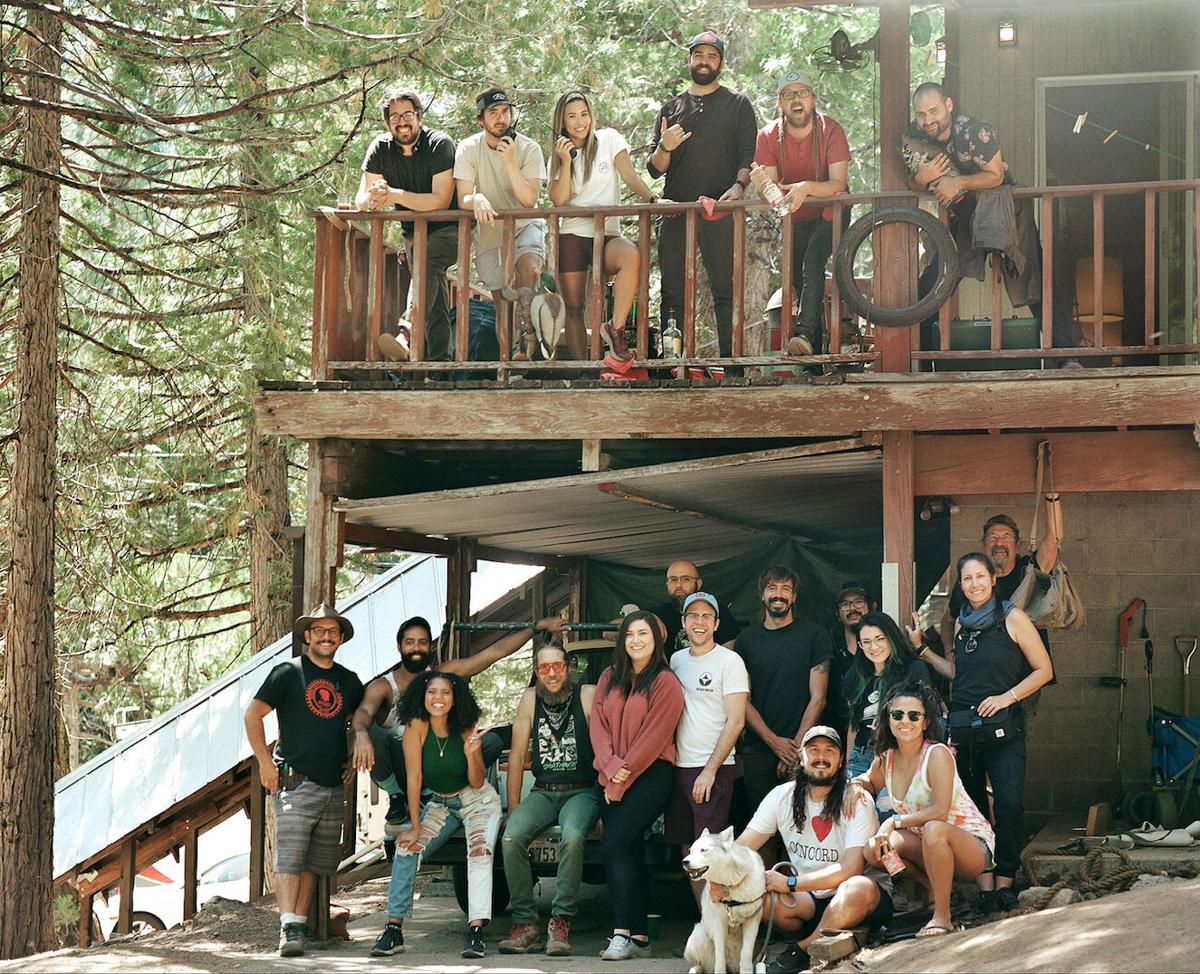 The film crew and creators at the Newacheck brothers' family cabin in Long Barn.

"Stranger in the Woods"  a psychological thriller produced by Kyle Newacheck and directed by his brother, Adam Newacheck, in Long Barn, is described as a weekend getaway gone wrong.

The film crew and creators at the Newacheck brothers' family cabin in Long Barn.

Concord-born brothers Kyle and Adam Newacheck are most well-known for their contributions to the Comedy Central slacker-sitcom "Workaholics,” but their newest collaborative project drew them to their childhood vacation cabin in Long Barn, where they recently wrapped up filming on a psychological, feature-length thriller tentatively titled "Stranger in the Woods."

"That was the place where a lot of our first adventures took place," said producer Kyle Newacheck, 38, of Danville. "Now, to be out there making a movie completely independent and being on this adventure with him again, it was cool. The adventure was real."

Their childhood R&R consisted of lake trips at Pinecrest Reservoir, exploring in the nearby Stanislaus National Forest and winter snowboarding season at Dodge Ridge.

There wasn't much mystery about those experiences, they said, and there were no personal recollections which buoyed the film that director Adam Newacheck, 35, of Burbank, set out to make when he first co-wrote the script with lead actor Holly Kenney three years ago.

Adam Newacheck said the movie was originally set to be filmed in Big Bear, until he realized the visual opportunities presented by the aesthetic character of their Long Barn family cabin: green shag carpets, alternating pink and yellow stairs, orange and yellow cabinets, blue and pink walled rooms.

"It's straight out of the 1970s," he said. "So we completely overhauled the entire script."

The brothers returned to the area in January and February to re-learn the neighborhood and scout filming locations.

A scene originally written to take place in a bar was switched to Pinecrest Reservoir, hiking scenes were formulated to fit within the Stanislaus National Forest, and they made narrative use of a trap door in a neighboring house.

"I realized that when we would come up (as kids), we would mostly hang out with family. This was the first time I really met other people," Adam Newacheck said.

And they were surprised, he added, about how "chill" and unlike Los Angeles the resultant experience was. During the filming, they shot off guns with blanks, spoke loudly and screamed.

"Not one person came up with a negative, in an angry or mean tone, which I'm so used to in LA," Adam Newacheck said. "But it was almost like a relaxing getaway, even though we were working like dogs. It made the movie making process very easy to be there and everyone really enjoyed it."

Kyle Newacheck alluded to a maverick, non-conformist mythos underlying the production and an unspoken connection to their father and grandfather, who built the family cabin in 1969.

"There's something just about the indie spirit that was whispering to me while I was out there," he said.

The film production took 11 to 12 days in July and was shot exclusively in Tuolumne County, though there may be some reshoots and pickup shots in Los Angeles.

The movie is filmed in Long Barn, Pinecrest and other forest locations but there is, intentionally, no specifically identified location in the film's universe.

"I think we're kind of setting it in a nondescript location so everybody feels like it's a forest near them," Adam Newacheck said.

The shooting was ensconced in a Long Barn neighborhood, with a few cabins all within walking distance and in the nearby forest.

Adam Newacheck said his brother cold-called neighbors for the 25-person crew's temporary housing and for filming.

"They didn't even know us, and they said yes," he said. "We were such a small crew due to COVID, it was nice just staying in a bubble."

Details on the movie are, at this point, sparse. But it's teased with a sense of mystery, alluding to some hidden suspense between two neighboring cabins in the forest.

"The movie is about believing victims," Kyle Newacheck mentions cryptically.

The brothers prepared an official summary for The Union Democrat: "A relaxing weekend getaway becomes tense when a dog goes missing, accusations are thrown and a traumatic past conjures paranoia."

"We got some really good looks in the movies, some really great shots," Kyle Newacheck said, including Stanislaus National Forest tree lines, Pinecrest and Long Barn.

The local touches will be inconspicuous, like a sheet of glass from Banks Glass or locally made sculptures and a bear trap featured in the movie.

The actors and crew ate almost daily at Alicia's Sugar Shack and Zoey Coffee House, Kyle Newacheck said, though Adam noted there weren't any street or business signs featured in the film.

The movie is currently in post-production, with both brothers engaged in video editing on Thursday. At the very earliest, an expected release date would be late 2022.

Post-production "can take another six to eight months and you start figuring out what to do with the finished product," Kyle Newacheck said.

They plan to take it to festivals and marketplaces in the next phase of distribution.

Their credits have mostly been in television.

Kyle Newacheck previously produced and acted in an independent film that was submitted to festivals this year, called "I'm Totally Fine." He is currently producing and directing on "What We Do in the Shadows," a show on FX.

Kyle Newacheck is most well-known as the drug-dealer/stoner character Karl Hevacheck in the hit TV comedy, ‘Workaholics,’ for which he is credited as a co-creator. Both he and Adam have directed episodes of the show and have extensive directing credits in TV sitcoms and even music videos.