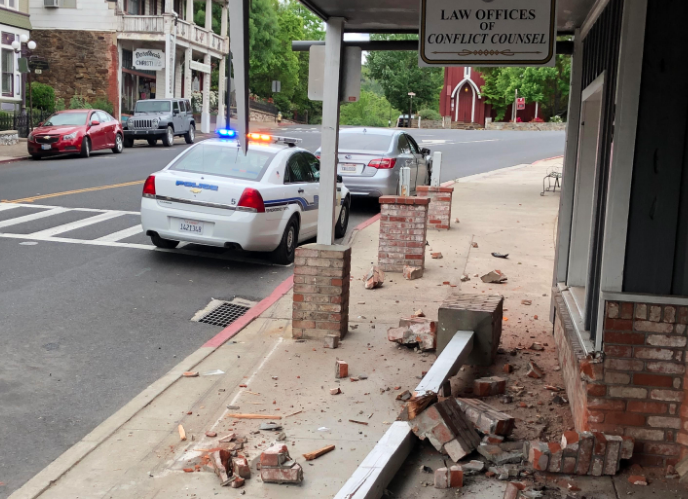 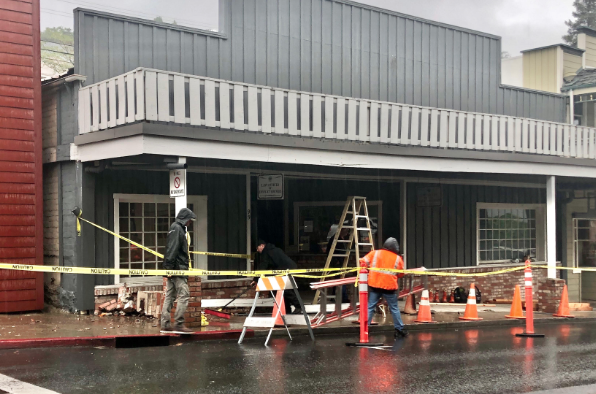 The building that houses the Tuolumne County Public Defender’s Office in downtown Sonora was damaged Sunday afternoon when a driver fell asleep at the wheel and crashed through two supporting pillars, police said.

Sonora Police Lt. Glenn Roberts said the accident occurred about 4:07 p.m. and involved a man from the Sonora area in his early 30s who was driving a Subaru Legacy. The man, whose identity was not disclosed, was not injured and didn’t receive a citation.

“He was just fatigued from a long day,” Roberts said.

No one else was injured as a result of the accident. The driver’s vehicle was damaged on the front passenger side and had to be towed, according to the responding officer.

Public Defender Scott Gross asked people to stay away from the building until repairs can be made to make it safe. He advised all clients of the office to go to their scheduled court dates in the meantime.

Gross said a city or county crew was scheduled to be there Monday to make the area safe. He was in the office at 12:30 p.m. prior to the accident, but was not there when it actually happened.

The county leases the building at 99 N. Washington St. from Milton Dambacher for more than $3,000 per month, according to public records.

Kim MacFarlane, director of the county Public Works Department, said the city would oversee any building inspections because it’s within the city limits. However, she added that the county facilities maintenance staff often is involved with county rental properties.

MacFarlane said repairs would be the responsibility of the insured driver and owner of the building.