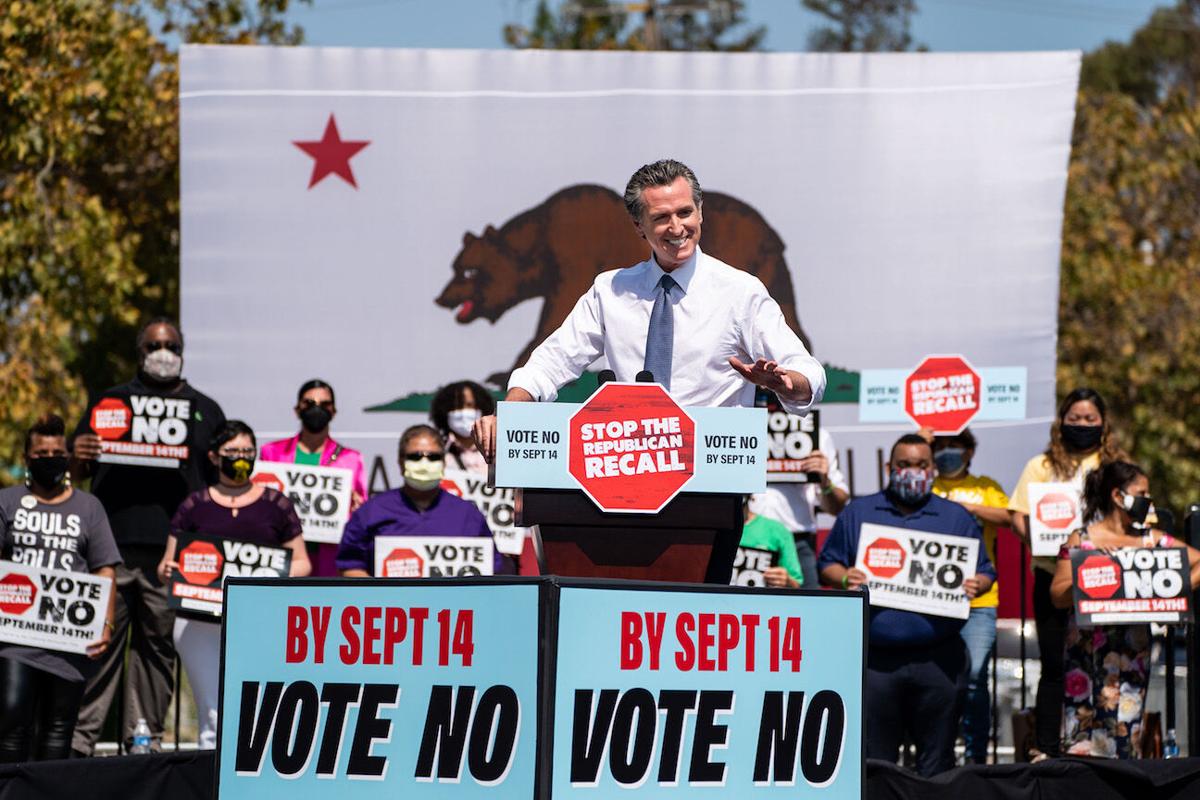 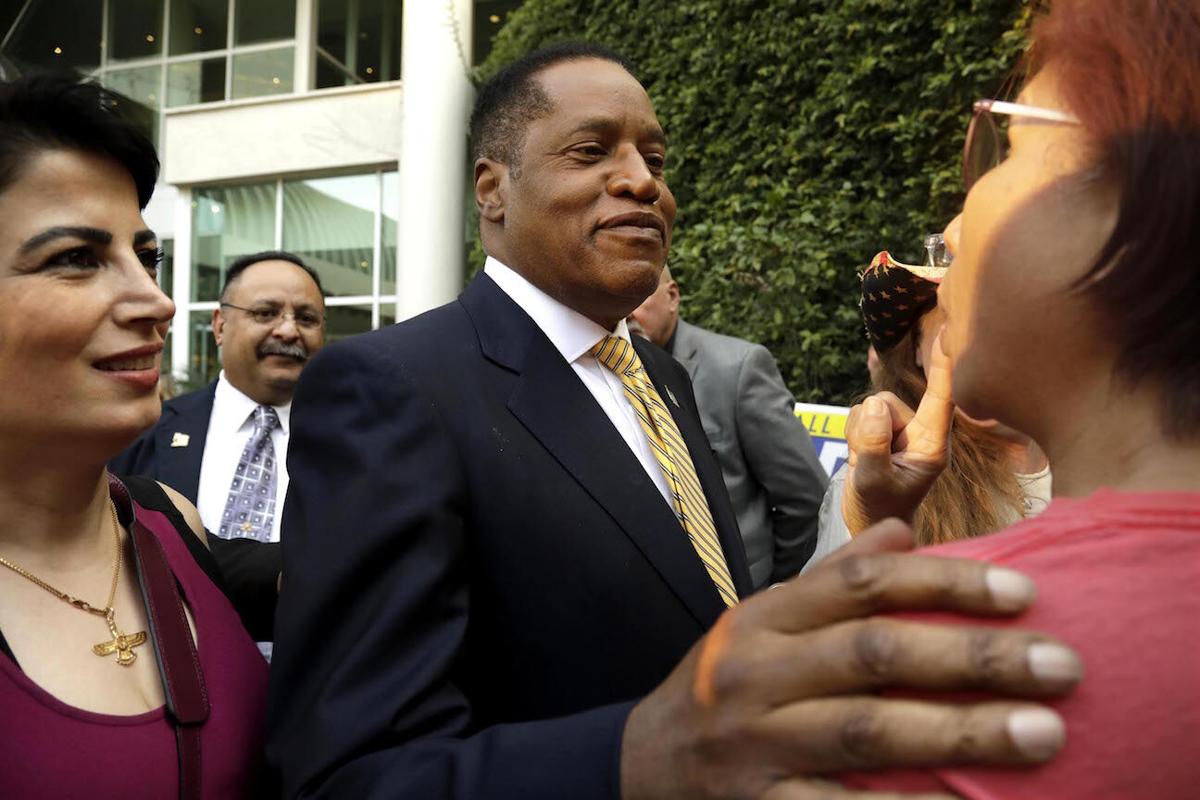 Almost half of the registered voters in Tuolumne County have turned in ballots for the upcoming California gubernatorial recall election against Gov. Gavin Newsom on Tuesday, Tuolumne County Clerk and Auditor-Controller Debi Bautista told The Union Democrat on Wednesday.

Bautista, who also serves as the county’s registrar of voters, said 16,250 ballots had been returned in the county Elections Office as of Wednesday. That represents 47% of the county’s 34,450 registered voters.

The data indicates turnout may be high in the recall election, which has become a heavily examined political showdown in the midst of the partisan battling over COVID-19 safety procedures, vaccines and foreign policy across the country.

Political Data Inc., a company which tracks voting information, said on their website Wednesday that more than 6.5 million ballots had been returned throughout the state. There were 15.6 million ballots still pending a return from a total of about 22 million registered voters.

That data appears to bolster Newsom's prospects, with 53% percent of the votes coming from registered Democrats. Twenty-five percent were from Republicans and 22% from Independents or No Party Preference.

And a recent poll by the Public Policy Institute of California in September also indicated 58% of California voters are likely to vote no on the recall.

But the uncertainties of the COVID-19 pandemic have made some Democratic operatives concerned that the recall could be successful, even in a deep-blue state which Newsom won with 62% of the vote in 2018.

The new polling is an improvement in Newsom's perceived prospects following numerous polls in recent months showing the vote closer to even. But there are still lingering concerns that weak Latino turnout, or a heavy shift in Latino votes against Newsom, could hobble his defensive chances.

Still, the pushback from the governor and his Democratic allies within the state and nationally has been forceful and coordinated, with Vice President Kamala Harris hosting a rally at the IBEW-NECA Joint Apprenticeship Training Center in San Leandro on Wednesday.

During the rally, which was live streamed on Newsom's Twitter account, Newsom framed the recall election as motivated by a contingent of pro-Trump Republicans seeking to reverse the state's progress on COVID-19 and inhibit the ongoing economic recovery.

"Trumpism is not dead," Newsom said. "This is our moment to step up and into that void and reject what's going on in this country because in California, we're America, fast forward."

He presented Harris as a "hometown hero."

"California, let us send a message to the world," Harris said. "We will not give up because we know that so much is at stake, so many are counting on us, and there is so much that we can do."

President Joe Biden is set to campaign for Newsom in California early next week, according to his Press Secretary Jen Psaki.

There are 46 candidates on the ballot — not including Newsom — nine of them Democrats, 24 Republicans, two Green Party, one libertarian and 10 with no party preference.

The Union Democrat reached out to the campaigns of Republican frontrunners Larry Elder, a conservative radio host and author, John Cox, a businessman who won the 2018 Republican nomination and lost to Newsom, and Kevin Faulconer, former mayor of San Diego, but did not receive a response by deadline.

The Union Democrat did speak with Jacqueline McGowan, a cannabis policy advisor from Napa who is running in the election as a Democrat, who is calling on voters to "vote no" on the recall, but select her name as an "insurance policy" in case he is recalled.

McGowan said she represented cannabis operators in Calaveras County approximately five years ago and contributed to the construction of the emergency cannabis ordinance there.

She said her platform was about unity and resuscitating the economy after the pandemic and ill-advised lockdowns.

"We have to come together," she said.

The official ballot will include two questions. The first will ask if Newsom should be recalled or removed as governor, and the next will include the candidates.

If more than 50% vote “yes” on the first question, the person with the most votes in the second category will be the new governor, even if they do not earn a majority.

Voters are free to vote on one or both of the measures.

According to some news reports, Newsom's administration has called for voters to only vote "no" on the recall and not include a vote for a candidate on the second measure.

Both votes will be tabulated, Bautista said, even if it comes to pass that the eligibility of the second measure is not ratified by a majority vote on the first measure.

Bautista said when the ballots are received, they are processed for signature verification, opened, and scanned. The number of ballots are tallied, but the votes are not.

Ballots were delivered to voters by mail in mid-August.

Bautista did not have any major reports of voting issues as of Wednesday. A reader with The Union Democrat tipped the newspaper to an "overstuffed" ballot box by a post office, but Bautista said she had not received any information regarding that.

"The boxes hold more than a thousand ballots, so I don’t think so," she said.

She said some voters reported not receiving ballots, though most had moved and were informed that the ballots do not get forwarded.

California law allows voters who were issued the mail ballots to vote in person with a new ballot if they choose.

Of the total ballots returned, 28 of those were from a vote center, which opened Saturday.

Bautista previously estimated the election will cost the county an estimated $206,750, mostly due to staffing voting centers for a required period before the election on Tuesday. The total cost statewide has been estimated to be as much as $276 million.

She said the cost estimate may be below what was anticipated because ballot boxes were being used extensively and there was no postage charge.

The Elections Office in the County Administration Center at 2 S. Green St. in Sonora is open for early voting during business hours of 8 a.m. to 5 p.m. Monday through Friday and will be open from 8:30 a.m. to 4:30 p.m. Saturday and Sunday.

All vote centers will be open from 7 a.m. to 8 p.m. on Election Day, including the county Elections Office at 2 S. Green St. in Sonora and Tuolumne Veterans Memorial Hall at 18375 Fir Avenue in Tuolumne.

Ballots can also be taken to drop-off boxes at the Mi-Wuk Village branch library, in Twain Harte by the Twain Harte Pharmacy, the Willow Springs Clubhouse in Soulsbyville, The Junction shopping center in East Sonora, the Tuolumne County Library in Sonora, Columbia Elementary, the Groveland branch library and at Rocca Park in Jamestown.