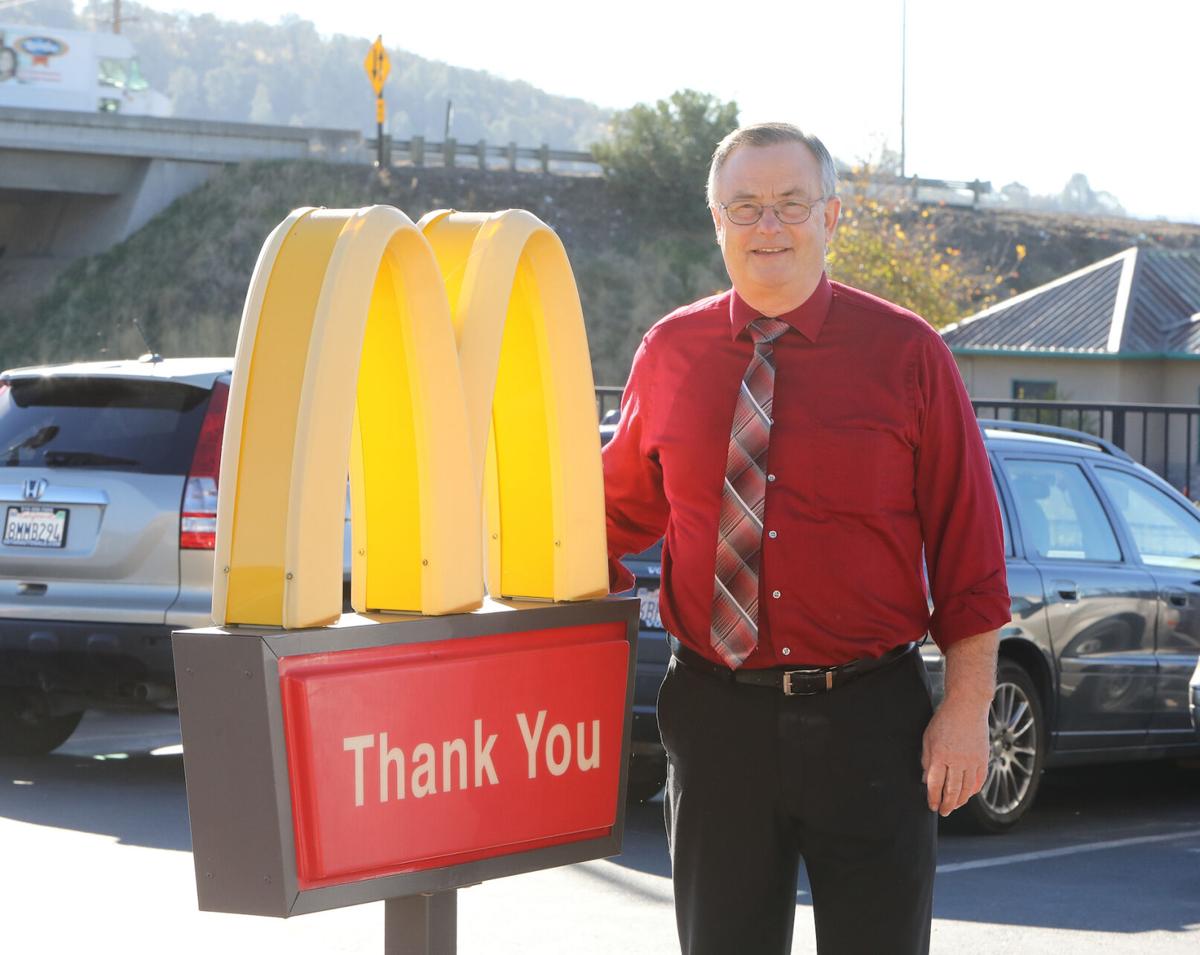 Ron Richards stands near a sign in the McDonald's parking lot on Mono Way. Richards worked for McDonald's since 1973 and is retiring on Friday. 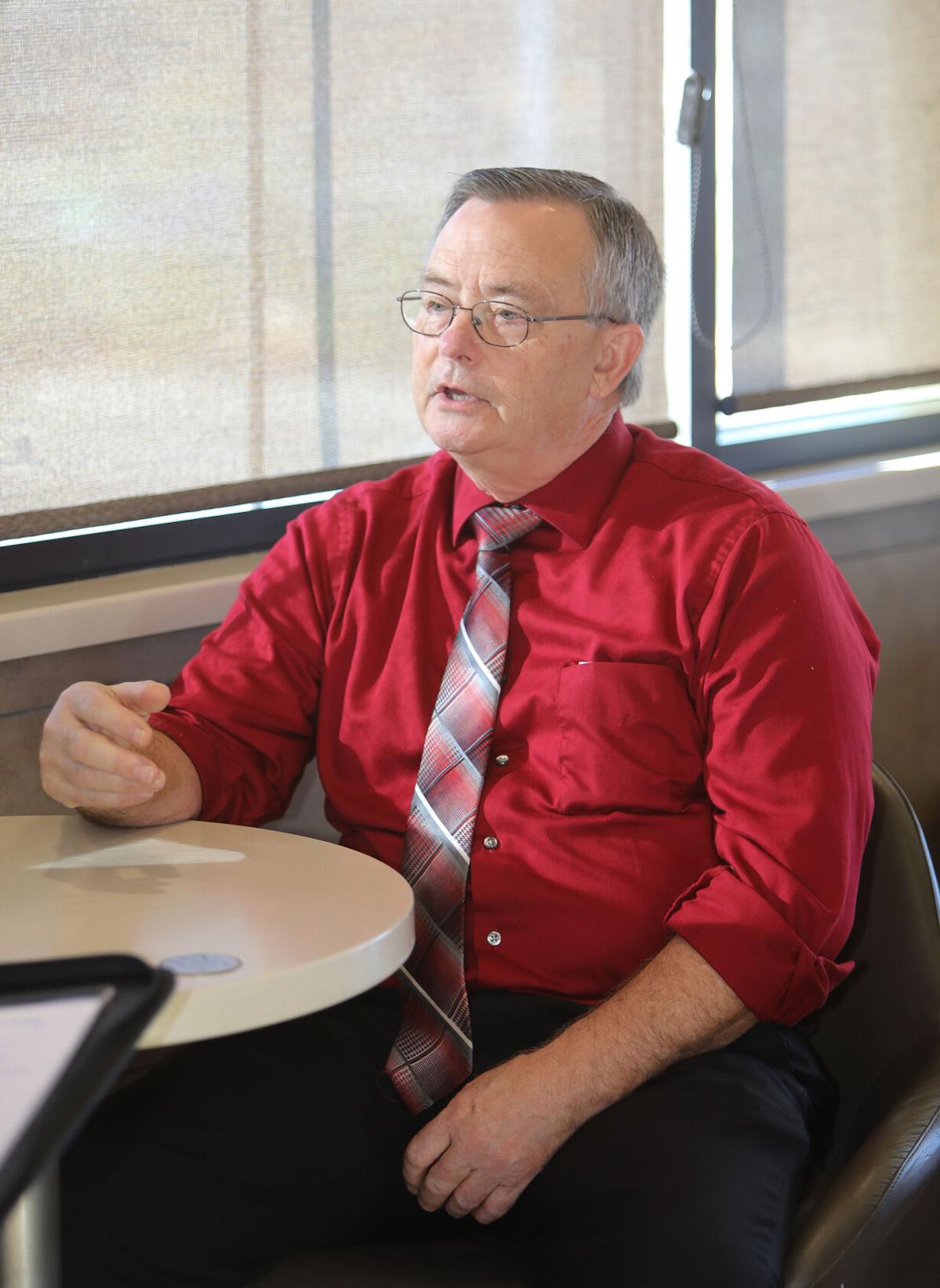 Ron Richards talks about his career in McDonald's on Mono Way. 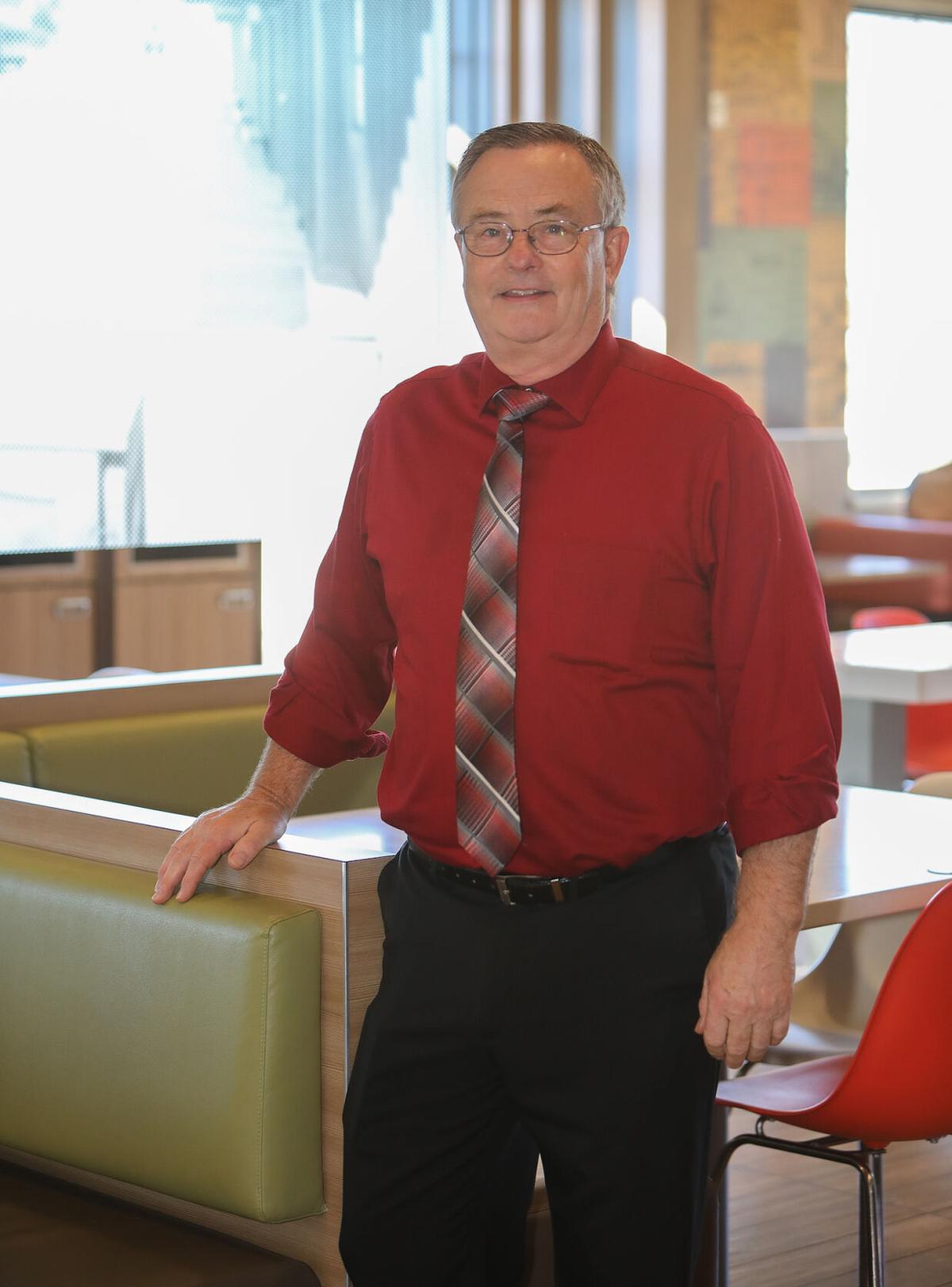 Ron Richards stands near a sign in the McDonald's parking lot on Mono Way. Richards worked for McDonald's since 1973 and is retiring on Friday.

Ron Richards talks about his career in McDonald's on Mono Way.

There is more to the McDonald’s slogan “I’m lovin’ it” for Sonora area manager Ron Richards, of Sonora Hills, who at 16 took a job at the Golden Arches in Modesto and will retire on Friday after 47 years of working for the fast food giant.

What led to Richards’ first and only job was gas money.

As a junior at Grace M. Davis High School, cruising up and down McHenry Avenue — the setting for the film “American Graffiti” — was a staple most weekends for the teenager and his friends, who rode around town in his green 1965 Ford Galaxie.

Richards and his friends would listen to music, talk to girls and socialize, like teenagers did in the 1950s.

Richards’ mother kept his first paycheck from McDonald’s and made a scrapbook for him, which she gave to him when he was 18.

The first task he learned at the Prescott Road eatery was to deep fry the apple pies, an easy job he still has fond memories of.

“Oh, they were so good,” he said. “Now, they are baked. They are still good… but, aah, they were great. Nostalgia.”

Time has gone by quickly for Richards, who never thought he would still be working for McDonald’s all these years later.

“Originally I needed gas money. It was steady employment,” he said. “There was no reason to change jobs. I got the work ethic from my parents. You show up, you do the work. I got promoted to the next job, then I got promoted again.”

French fries from McDonald’s are still a staple for Richards who loves them, along with the

Quarter Pounder with cheese and a hot fudge sundae for dessert.

“I love ice cream,” he laughed.

With his tenure at the Golden Arches dating back to 1973, there are a few McDonald’s staples that actually didn’t exist when he began working for the company in 1973.

“It’s hard to believe that Happy Meals didn’t exist back then, but they didn’t,” he said. “I was there before breakfast, before drive-thru windows were a regular thing.”

Richards' employment preceded the invention of the Egg McMuffin, which is Richards’ go-to breakfast favorite, and was introduced in 1975.

The brainchild of franchise owner Herb Peterson, who was inspired by his love of eggs benedict, and with the help of his assistant Donald Greadel, came up with their idea of a breakfast sandwich: slices of egg, cheese and grilled ham nestled between English muffin halves.

They presented their idea to McDonald’s chairman Roy Croc, and the rest is history. The introduction of the Egg McMuffin would pave the way for a full breakfast menu in 1977 that included hotcakes, sausage and hash browns.

It is hard to imagine a McDonald’s that didn’t always have the kid-friendly and much beloved chicken nuggets, but they did not debut nationwide until 1983 — 10 years after Richards began working for the franchise. They quickly became the best-selling item on the menu.

McDonald’s wasn’t just the first job Richards ever had. It was the place he met his wife, where his wife’s sisters met their husbands and where his three children worked when they were young.

“McDonald’s has been their life, too,” he said.

Richards met his wife, Debbie, at the McDonald’s on Prescott Road in Modesto in 1975, where the two worked at the time. They began dating in 1978 and married a year later, in 1979.

When asked how he and Debbie kept their marriage going so long, so strong and what he loved about her he said, “Just everything.”

The couple moved to Sonora from Modesto in 1992, so that Richards could run the franchise formerly located in the Junction Shopping Center on Mono Way. Here they raised their three children.

“Sonora is a great place to raise a family,” Richards said. “McDonald’s has been their life for so long because it has been mine for so long.

“All three of my kids worked at McDonald’s. My son Kyle worked for a summer while on break from UC Davis. He came home one summer to work and then didn’t do that again.”

The Richards’ children are all grown up now with lives of their own.

Becky Silva is a real estate agent for Coldwell Banker Segerstrom in Sonora. She is married to husband Troy. The couple have two teenage children, Caleb, 17 and Cailey 15.

Richards’ son Kyle, who graduated from UC Davis, is national sales manager for an engineering company in Davis. He is married to wife Mira, and the couple live in Davis with their two children, Olivia 10, and Nicolas, 6.

Youngest son, Jared, who is a deputy for the Tuolumne County Jail, was honored by Sheriff Bill Pooley, along with two others, for administering CPR and other life-saving measures to an inmate.

Richards is proud of all of his children and is looking forward to spending more time with them in retirement.

Awards, life lessons and the next chapter

For Richards, the most significant award of recognition that he has received in his 47 years of working for McDonald’s is the Ray Kroc Award, named after a milkshake salesman who bought the company in 1961 and served as its CEO from 1967 to 1973.

Kroc is credited with the global expansion of McDonald's, turning it into the most successful fast food corporation in the world.

“This is given annually to the top 1 percent of general managers in the U.S.,” Richards said of the award he was presented with in 2005 at the McDonald’s headquarters in Chicago. “I have received other awards, like outstanding GM, but the Ray Kroc is the tops you can receive.”

Managing approximately 60 employees, at a restaurant that opens at 5 a.m. and closes at midnight every day, is no easy task, but Richards takes it all in stride.

“You try to hire nice people,” he said. “For the most part, we have a great crew.”

As far as a typical work day, Richards said there isn’t one. There is a perfect day, though.

“The perfect day is when everybody shows up to work,” he smiled.

Life lessons have been plentiful, and Richards tries to instill his work ethic to those he hires.

Once the word was out that Richards was finally retiring, some of his former employees have come to the restaurant to tell him that they enjoyed working with him, which he said means a lot to him.

Retirement is looming, just one day away, and he is both excited and nervous at the prospect of it all.

“All my friends are retired,” he said. “My brothers are retired. Debbie is retired. It’s time for me to retire.”

Retirement also means he will have time to travel. When his wife retired two years ago, the couple bought a 27-foot Grand Design travel trailer. They plan on traveling the United States on a “genealogy trip,” because Debbie has traced the couple’s ancestry.

“Our big trip is to Tennessee, then Mississippi, Texas and Arizona,” he said. “We have family in Texas and Arizona. It will take a month to two months. We can come back when we want, now that I am retiring.”

The children have organized a retirement dinner for Friday night at the Richards’ house, complete with their four grandchildren and the couple’s closest friends. It will be a welcome end to what will prove to be a difficult day for Richards.

“Friday will be a hard day. A tough day. It is going to be a happy and sad day,” he said. “I am happy because I am going to start a new part of my life. What I love about this job is what I will miss the most. I will miss the people, my customers and my fellow employees.

“Like I said, McDonald's has been my whole life.”