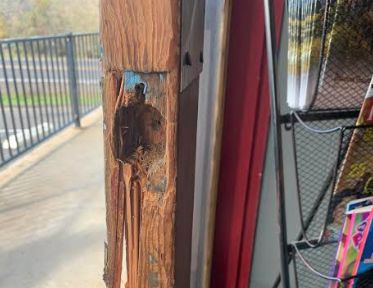 Someone pried open the front door of Mandy’s Breakfast cafe in Columbia before Thursday morning and stole the main body of a $1,500 POS system. 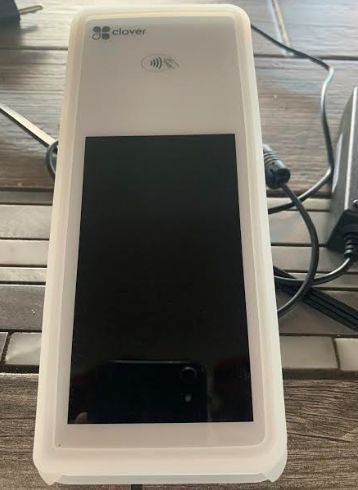 The thieves left behind a handheld device used by servers to take orders and send them electronically to the kitchen.

Someone pried open the front door of Mandy’s Breakfast cafe in Columbia before Thursday morning and stole the main body of a $1,500 POS system.

The thieves left behind a handheld device used by servers to take orders and send them electronically to the kitchen.

As if business being cut in half at Mandy’s Breakfast House due to the coronavirus crisis wasn’t enough, but then someone broke in and stole their new $1,500 Clover Station point-of-sale system.

“We were already hit pretty hard losing all the business. I just feel bad for my employees who are losing more time and work and money,” owner Amanda CruzCruz said Thursday. “You just have to take it as it comes, but hopefully it gets better for people here very soon. I just feel like there’s nothing I can really do about it.”

Mandy’s Breakfast House has stayed open during the coronavirus crisis as usual, until 2 p.m., persisting through a dramatic drop-off in business and four layoffs.

The chef was the first person to arrive to work at about 6 a.m. on Thursday, an hour before the business opened.

The chef discovered the wooden door jam splintered, the glass French-style door pried open. He called Cruz, who thought, “no, not again.”

Mandy’s  Breakfast House was burglarized twice before, in March of 2017 and again a year later.

“I wondered if they trashed the place like last time. I just hoped no broken windows this time,” she said.

This time, she discovered that the heart of the POS system — a touch screen system that can submit orders, process them, and send to the kitchen system — was gone. The main piece of equipment was an approximately 17-inch screen with a credit card processor, printer and a register.

The thieves left behind a handheld processor (which would be used by servers taking orders) and the kitchen printer which would receive the orders.

The equipment just arrived Wednesday, she said. Thursday would have been the first day it was being used.

“It’s hard times right now, but thank God the credit card company is going to send a new one for free. We’re going to be taking the hit with a new door though. Hopefully we can keep everyone still working as long as we can,” she said.

Previously, the business was using a mini Clover system, which handled transactions only. Servers still took orders the old fashioned way, on notepads and hanging tickets in the kitchen window.

Mandy’s Breakfast Cafe will reopen on Saturday at 7 a.m. when the replacement POS system arrives, she said.

“I just want to say thank you for all the support we get from the community and all the outreach we got online. We hope everyone gets back and running soon and this is all over with the virus,” Cruz said.

Mandy’s Breakfast Cafe opened in March 2016 and has quickly grown into a county favorite, especially on the Mother Lode restaurant-review group on Facebook, Dining Out in the Gold County.

A post from Mandy’s Breakfast House announcing the thefts drew a massive outpouring of support.

The burglary was reported to the Tuolumne County Sheriff’s Office on Thursday morning, she said.