Sign Up
Log In
Purchase a Subscription
You have permission to edit this article.
Edit
Home
News
Sports
Lifestyle
Obituaries
Photo Galleries
Videos
e-Edition
Classifieds
Special Publications
Share This
1 of 7 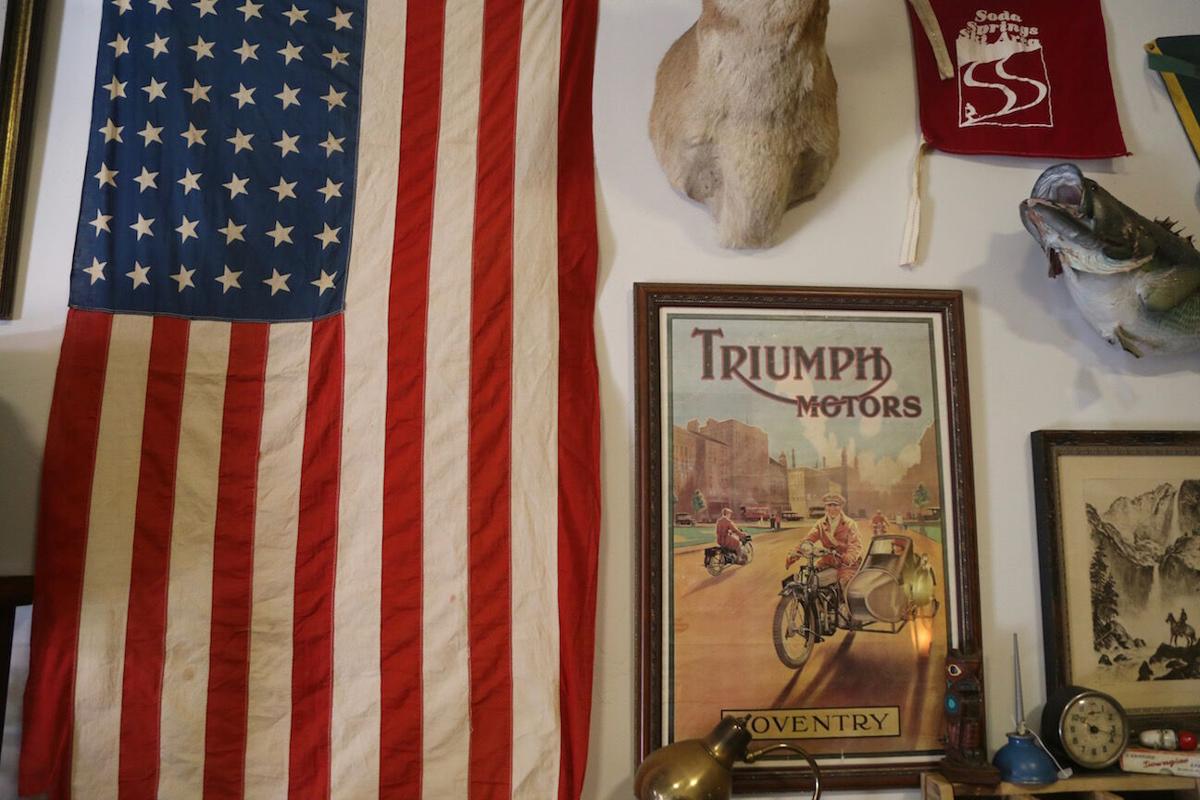 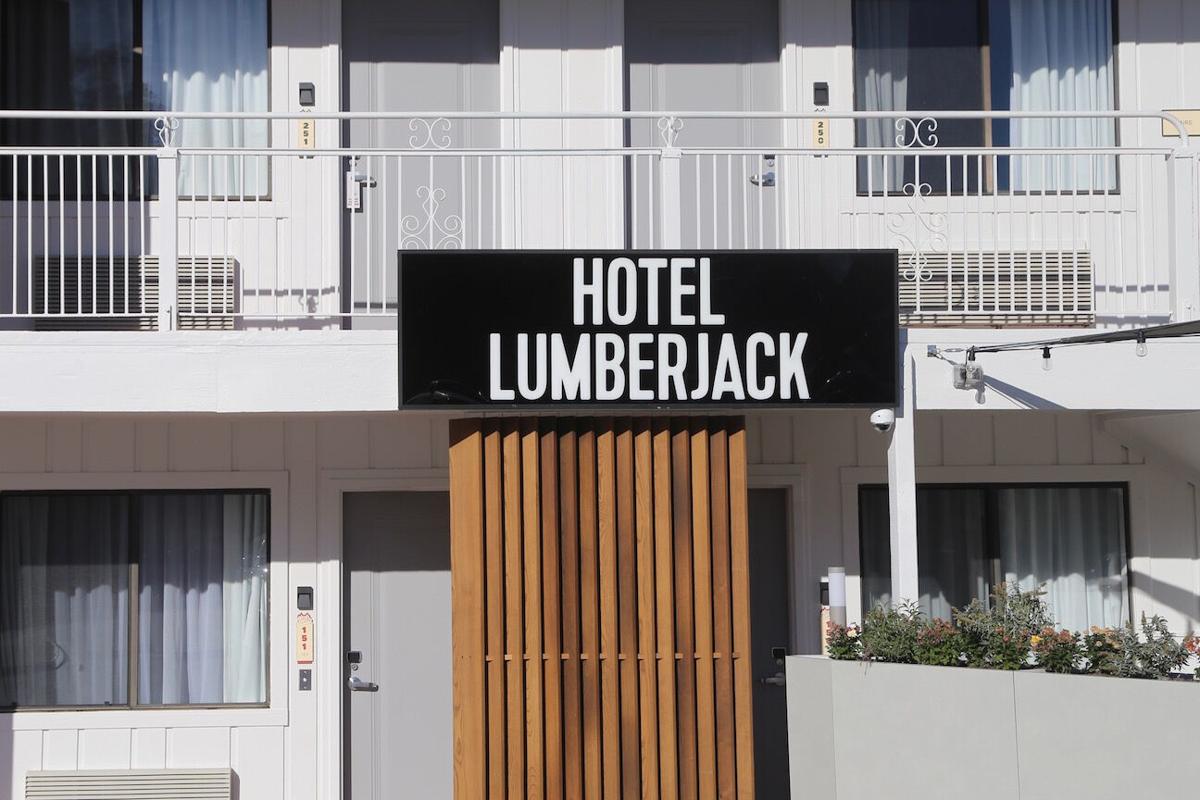 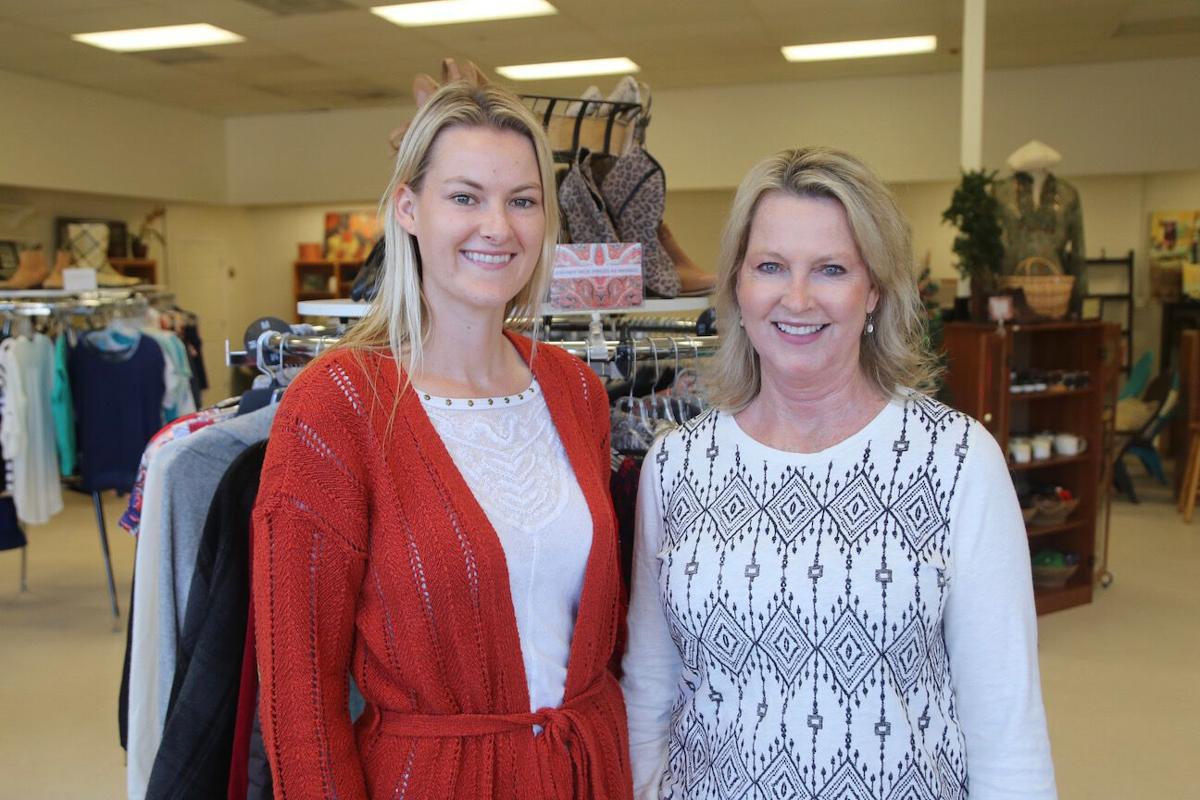 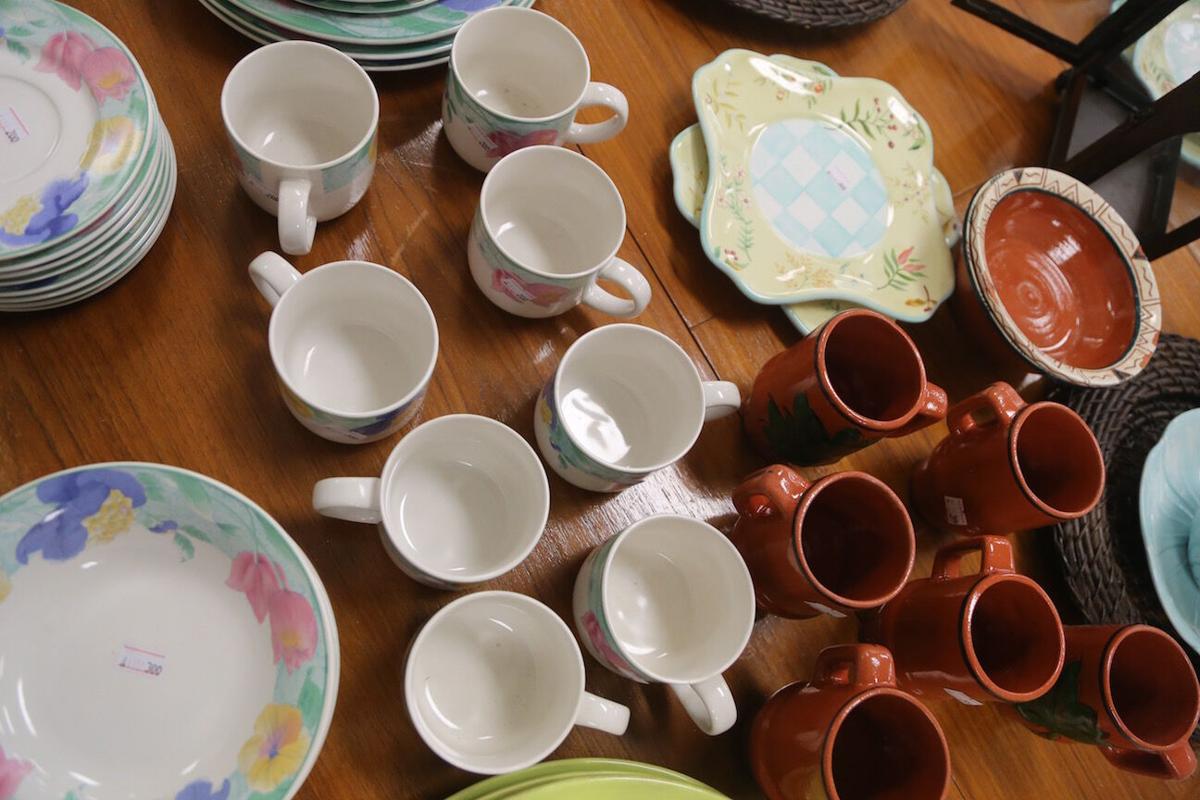 Goods for sale on display in New2You Thrift Store, which opened this week on South Washington Street. 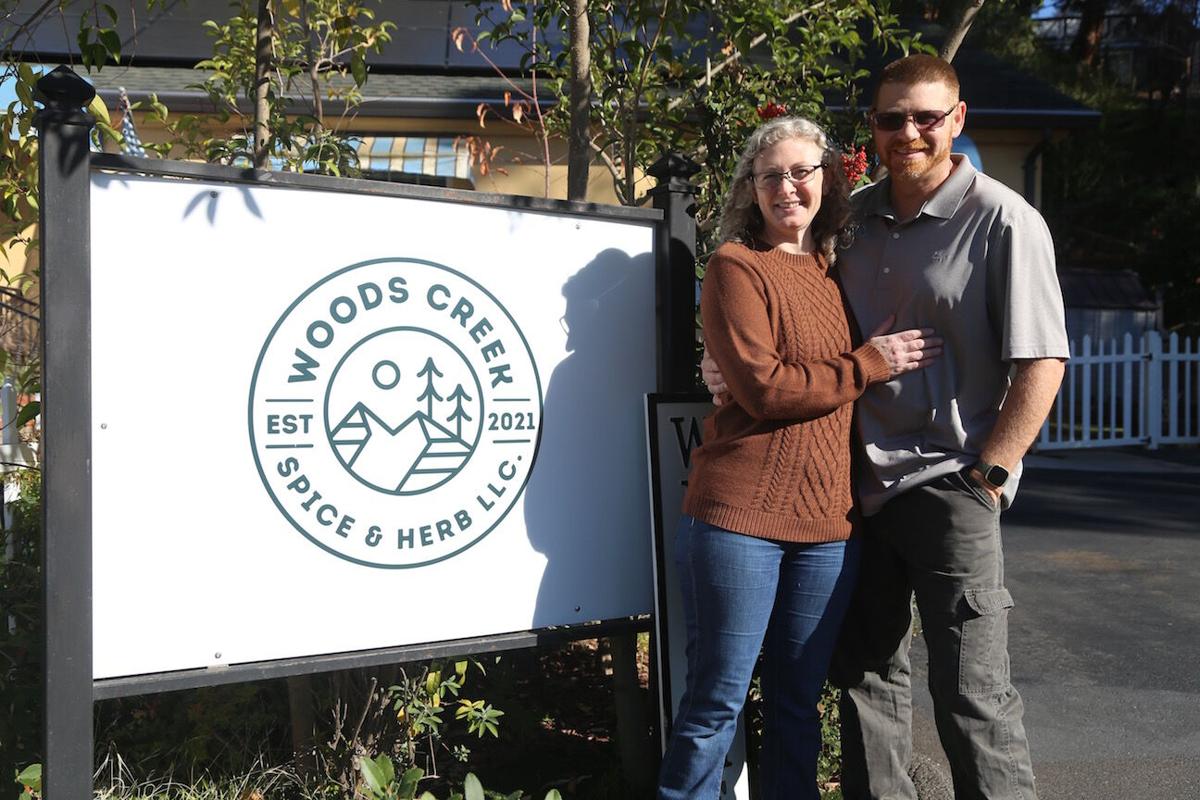 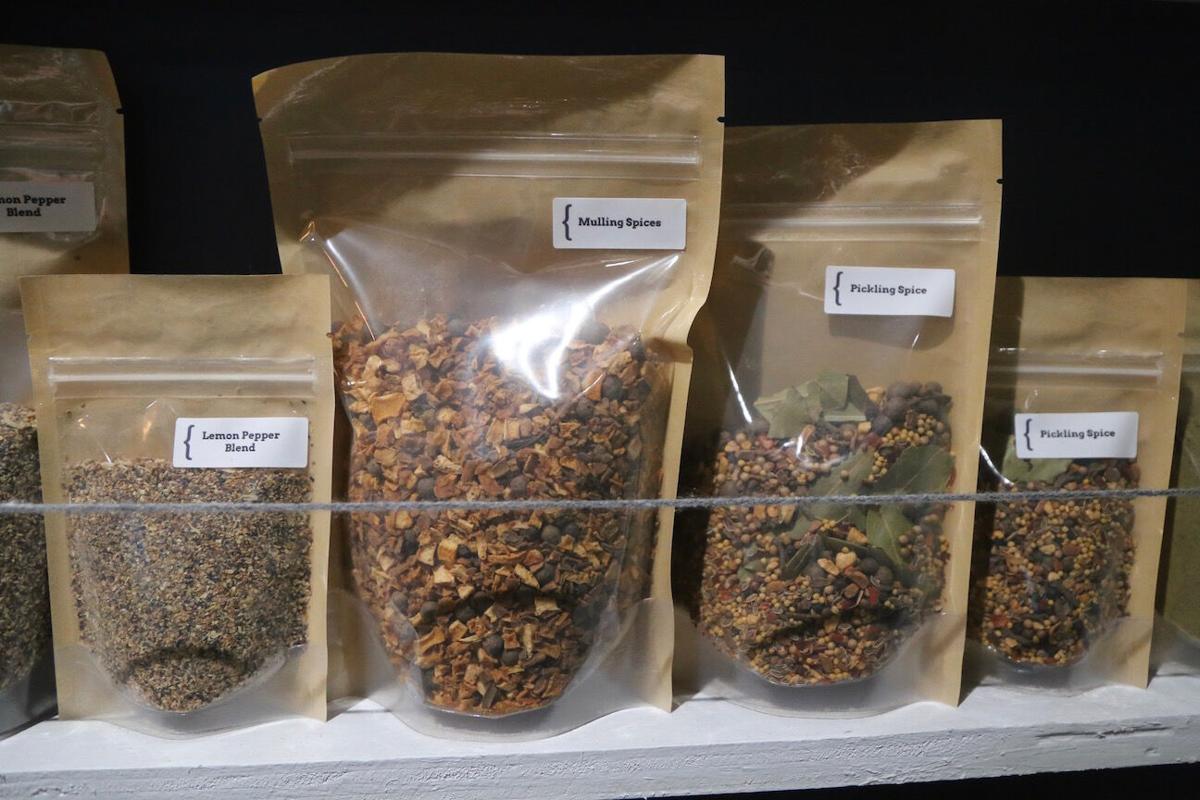 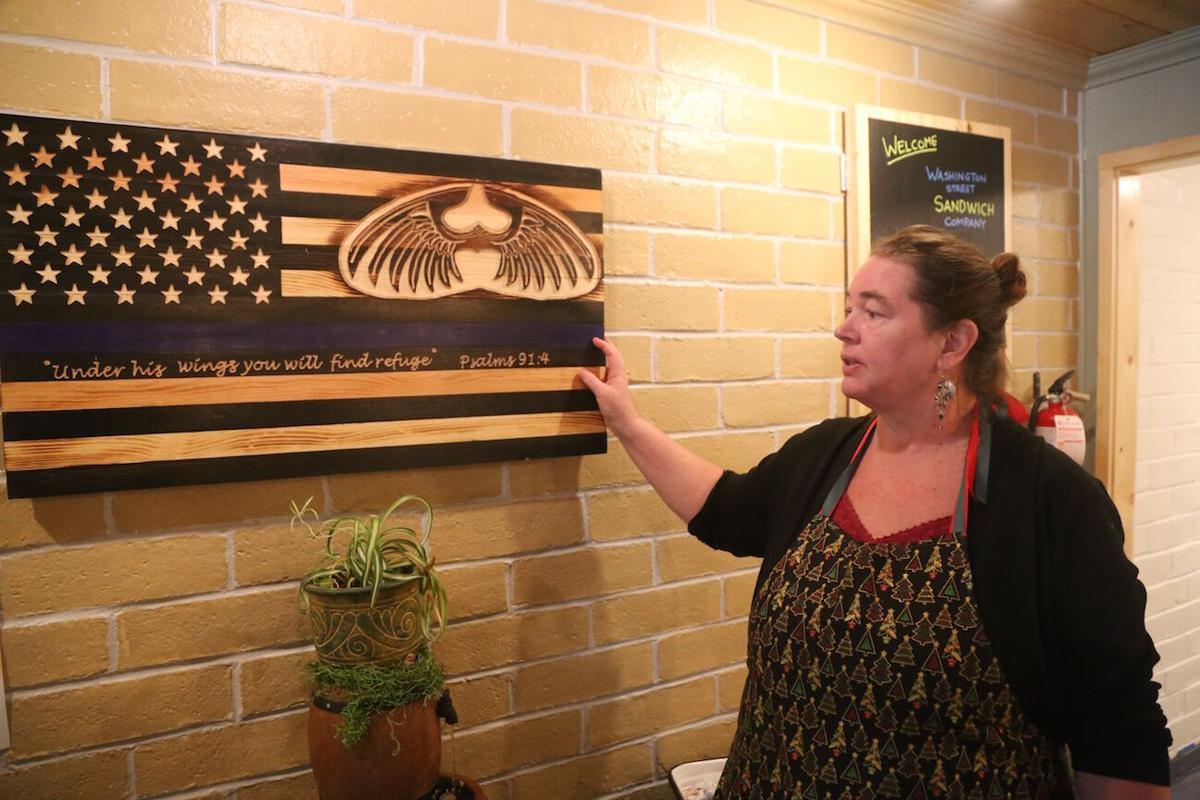 Kendra Wivell recently opened Washington Street Sandwich Co. in downtown Sonora. She says she has a son who is a deputy sheriff in San Luis Obispo County, and she gives all law enforcement officers 6% off.

Goods for sale on display in New2You Thrift Store, which opened this week on South Washington Street.

Kendra Wivell recently opened Washington Street Sandwich Co. in downtown Sonora. She says she has a son who is a deputy sheriff in San Luis Obispo County, and she gives all law enforcement officers 6% off.

The past year-and-a-half has been hard on businesses in downtown Sonora, prompting numerous business owners to try new strategies to turn profits and make ends meet in the midst of an ongoing pandemic.

The challenging economy hasn’t held back new entrepreneurs from staking out their claims to do 21st century business in the heart of 1850s Gold Rush country and Tuolumne County.

In spite of the obstacles, more than a half-dozen new businesses have opened or obtained their licenses to open since mid-September.

Sarah Thompson and her mom, Jennifer Thompson, opened their new business, the New2You Thrift Store, this week at 626 S. Washington St., where the Mother Lode Pawn Shop operated for over a decade before shuttering in late 2019.

“Today’s our first day open, a soft opening,” Sarah Thompson, born and raised in Sonora, said Tuesday at New2You. “Our grand opening is Friday. We’ll be open for the parade.”

The annual Historic Downtown Sonora Christmas Parade is scheduled to begin at 6 p.m. Friday, with the parade route expected to end near New2You.

Asked what motivated the mother-daughter duo to open the store, Sarah Thompson said, “There’s a huge need for it. For affordable men’s and women’s clothing, shoes, home goods, dishes, furniture.”

Jennifer Thompson used to own two assisted-living facilities, in Soulsbyville and Jamestown, for 25 years before retiring two years ago.

The Thompsons said they’re in the process of applying for 501(c)(3) nonprofit status and intend to give portions of their sales to the Tuolumne County Senior Center, Meals on Wheels, and other senior programs.

“I want to come back and give to the seniors,” Jennifer Thompson said. “That was a big factor in opening this business.”

Joy and Johnathan Parker have been in Sonora since March 2014 and opened Woods Creek Spice & Herb, LLC, on Nov. 10 at 600 Woods Creek Drive, across from Woods Creek Rotary Park.

The Parkers moved to Tuolumne County seven years ago from Joint Base Lewis McChord, home of the U.S. Army I Corps and the U.S. Air Force 62nd Airlift Wing, south of Tacoma and Seattle in Washington state.

Johnathan Parker grew up in Orland and served four-and-a-half years in the Army. Before his time in the service, he loved cooking and hosting, which was a prime reason he and his wife decided to open the business that offers in-house custom spice and herb blends.

“He has a love for hospitality,” Joy Parker said. “Before he was in the military, he was a culinary chef in Red Bluff. He loves to cook and entertain.”

Joy Parker said she’s been studying herbs and their health benefits for several years and handles that side of the business. They work with Monterey Bay Herb Co. in Watsonville to stock their store, because “they’re here in California and it helps keep prices down for our customers.”

The Parkers emphasized they advocate for and practice zero-waste principles and offer online ordering, curbside pickup, as well as in-store shopping.

“Community is the most important thing, community and family,” she said Wednesday outside her new business with two of her grandchildren. “What better way to spend time with your family than over food?”

Wivell’s menu includes sandwiches like the Lebanon Bologna, the Roast Beef, the Mediterranean, the Garden Salad Samich, the Chicken Salad, the Mac Attack BLT, and the Reuben Panini.

She also offers build-your-own options for half sandwiches and whole sandwiches, while customers get to pick their own meat, cheese, condiments, and bread.

Wivell says she has a son who is a deputy sheriff in San Luis Obispo County, and she gives all law enforcement officers 6% off.

They had a range of items for sale on display Wednesday, from cowboy hats to spurs and motorcycle helmets, flags, posters, skateboards, a Boys Scouts of America first-aid kit, beard soap, and beard and mustache combs.

“We have good days and bad days,” McMahon said. “It’s hard to get foot traffic up past the park. We have a sign on the corner, at the Veterans Hall. Our location has been a challenge.”

McMahon said she was born and raised in Tuolumne County, and her family goes back four generations in the Mother Lode. Burns’ family is also from Sonora.

Hotel Lumberjack has been open at 128 S. Green St. since Nov. 6, when the owners and staff hosted “kind of a soft opening,” Jeff Michels, who owns Hotel Lumberjack and the Sonora Inn with his husband, Dominique Piotet, said Wednesday in a phone interview.

The reconfigured Hotel Lumberjack, formerly branded the Rodeway Inn, has 34 rooms and a brand-new look.

“Really the goal for us has been to keep all of the essentials that you expect from a motel experience,” Michels said, “but redesigning in a much more contemporary way that really has a focus on clean lines and minimalism.”

Michels said he and Piotet worked with a branding agency so that there’s a consistency across all the Hotel Lumberjack’s imagery, “from our websites to the inside of our rooms.”

“We’ve worked very much at creating and sustaining a new brand that appeals to the existing guest demographic: a lot of workers coming and weekend travelers for leisure, and the high season, to appeal to an international clientele,” Michels said.

The Sonora Inn has 30 rooms and is clearly a historic hotel, Michels said, adding that any future remodeling will be in keeping with the integrity of the building’s historic feel.

“We are planning on doing a remodel, and we will be potentially adding a few rooms to the hotel,” Michels said. “Eventually our hope is to have a restaurant and bar open in the Sonora Inn, where the existing, vacant restaurant is currently.”