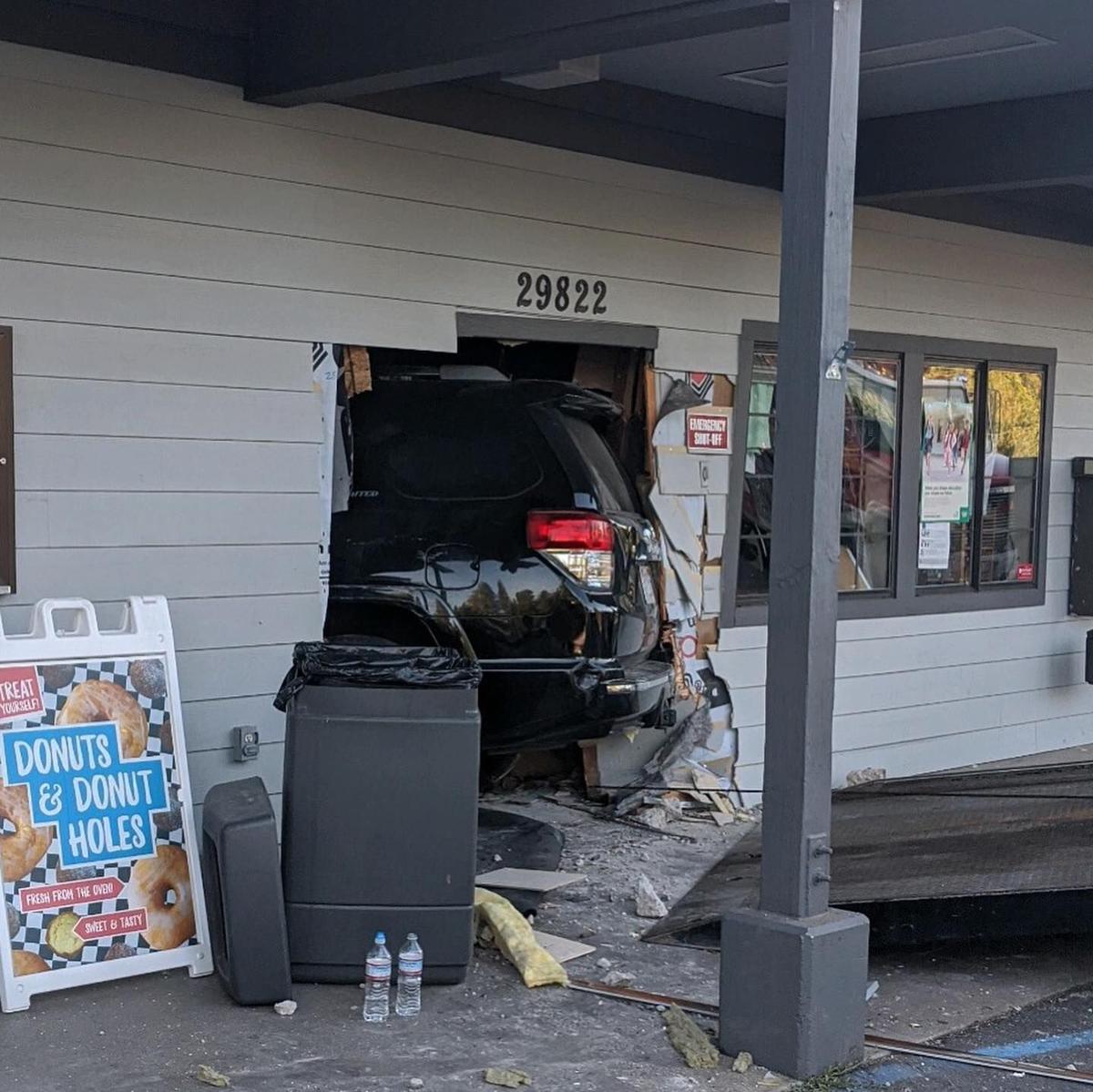 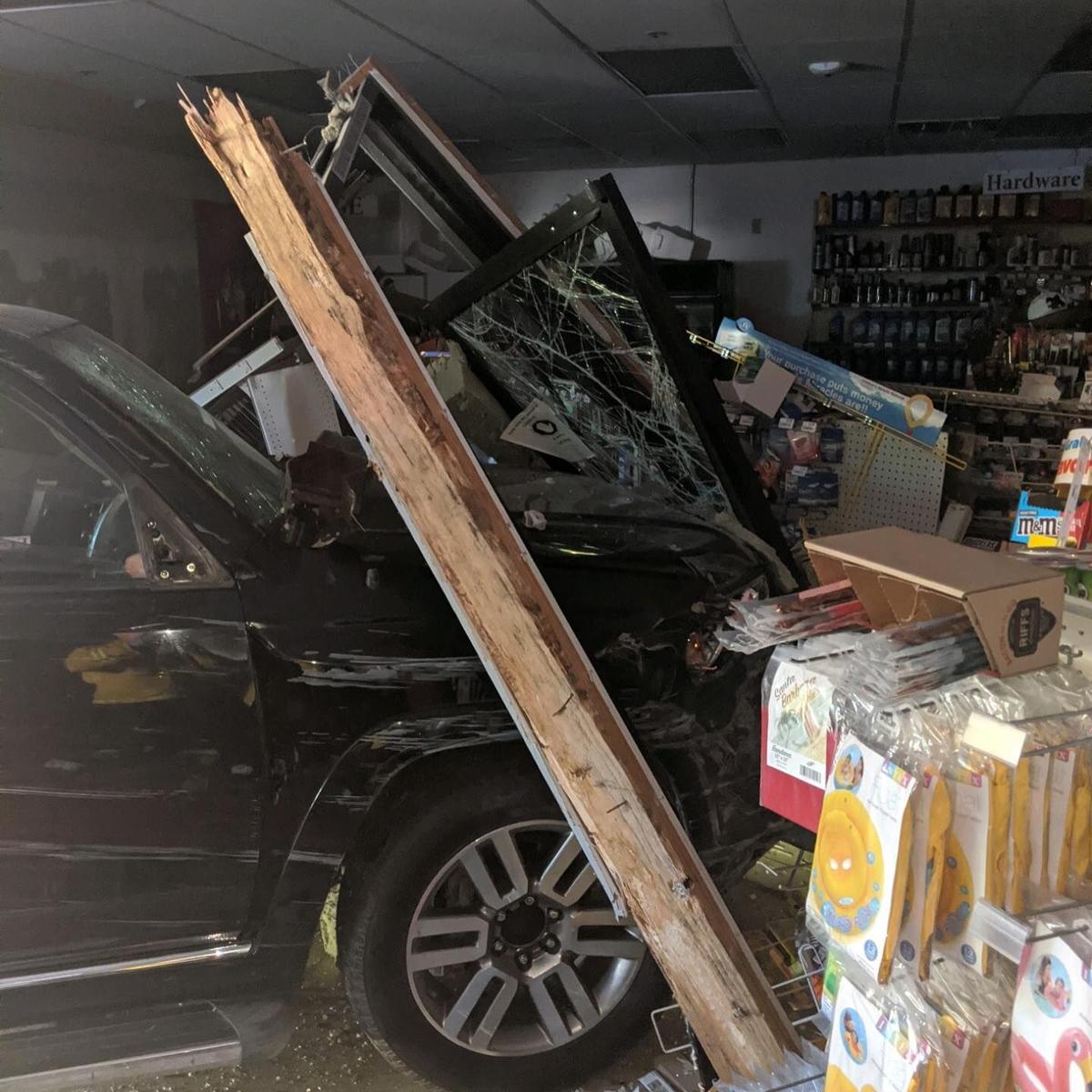 A market on Highway 108 east of Twain Harte is temporarily closed for repairs after an SUV crashed into the front of the store on Sunday.

Bill Jackson, maintenance director for Cold Springs Market, said the store will be shut down until the damage can be fixed.

“We’ve got major damage inside and structurally to the inside of the building, so we’re forced to fix that before we can have anybody in the store,”  he said.

Jackson said they were getting to work on cleaning up the mess on Monday and hoping to have the gas pumps outside the store running by the end of the day.

The driver of the black Toyota 4Runner that crashed through the entrance to the store suffered minor injuries despite it being busy in and around the store, according to the Tuolumne County Fire Department, which responded with the Strawberry Fire Protection District.

A man's son who was a customer inside the store at the time of the accident was also attended by paramedics at the scene for injuries to his knees and shins.

The California Highway Patrol Jamestown office was investigating the accident but could not be immediately reached for comment on Monday.

Jackson said he wasn’t there at the time of the accident but was told that the SUV appeared to be heading west on Highway 108 at a high rate of speed when something distracted the driver, who made a sharp turn into the parking lot and hit a ditch berm before crashing into the building.

“No idea at the moment,” he said of the estimated damages. “Lots.”

The store hopes to be able to start providing some form of curbside-style service as soon as possible, Jackson said, but the county will decide when they can fully reopen.

“Until we start seeing the bottom of the ground, it could be awhile,” he said.

Correction: An earlier version incorrectly reported the number of people who suffered injuries.