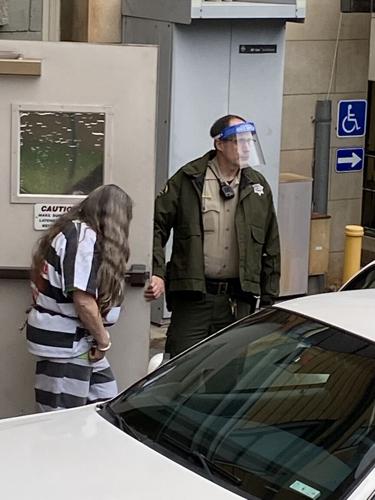 Mona McGrady, 62, is led out of the back of Tuolumne County Superior Court on Tuesday after being sentenced to four years, four months in prison for three felonies related to child sexual abuse against a 15-year-old girl. 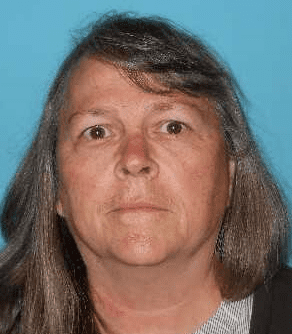 Mona McGrady, 62, is led out of the back of Tuolumne County Superior Court on Tuesday after being sentenced to four years, four months in prison for three felonies related to child sexual abuse against a 15-year-old girl.

Former Mother Lode Christian School coach Mona McGrady received the maximum sentence of four years and four months in state prison on Tuesday in Tuolumne County Superior Court after being convicted by a jury on three child sex crimes against a former student-athlete who was molested in the 1990s.

"It's finished. It's over. We did this as a community, not as a mob," said the confidential victim in the case known as Jane Doe 1. "I hope that in the depths of her soul, someday she can come to terms with what she's done. My family and my kids are stronger because of this."

McGrady sat beside Clint Parish, her Sonora-based attorney, for the entire two-hour hearing with a blue surgical mask, a black-and-white striped Tuolumne County jail uniform, and her hands shackled in front of her.

The 62-year-old was found guilty by a jury on Sept. 17 of two counts of lewd or lascivious acts with a 15-year-old girl and one count of sexual penetration by a foreign object. She was found guilty of performing the lewd acts at her home and once in a school office during basketball season, both when Jane Doe 1 was 15.

The sexual penetration act was at a hotel in Modesto while the victim was under the age of 18.

McGrady made no public comments to the court or to the public during the sentencing. Throughout her six-week trial when she was called as a defense witness and during a probation interview subsequent to her conviction, McGrady has denied any sexual relationship with Jane Doe 1 and another confidential victim, Jane Doe 2, who testified in the trial but whose allegations fell outside the statute of limitations.

"The wreckage that Mrs. McGrady left in her wake as she moved on in her life kept her victims from living their lives," said Tuolumne County Superior Court Judge Kevin Seibert. "The jury did not believe you. I do not believe you."

Seibert implored McGrady to one day admit her crimes, apologize to the victims with remorse and seek their forgiveness.

"You can still give them the acknowledgement these crimes happened, that these terrible things happened," Seibert said. "These things can go a long way to helping them heal and helping you heal."

The hearing also heard victim impact statements from Jane Doe 1, her husband, her 20-year-old son, her 17-year-old daughter and her father.

“Without the pain and suffering in my mom and I's relationship, we could not be as close as we are today: best friends," said Jane Doe 1's daughter.

McGrady will have to register as a sexual offender following her release from prison.

Parish said he believed there was an "appealable issue" in the case, but he had not discussed with McGrady whether an appeal would be filed at this time.

"We're disappointed the judge reached the sentence he did,” Parish said. “We are personally appreciative to the judge and his professionalism for thinking it through and the dedication to his ruling. That's really what we expect from a judge of his caliber.”