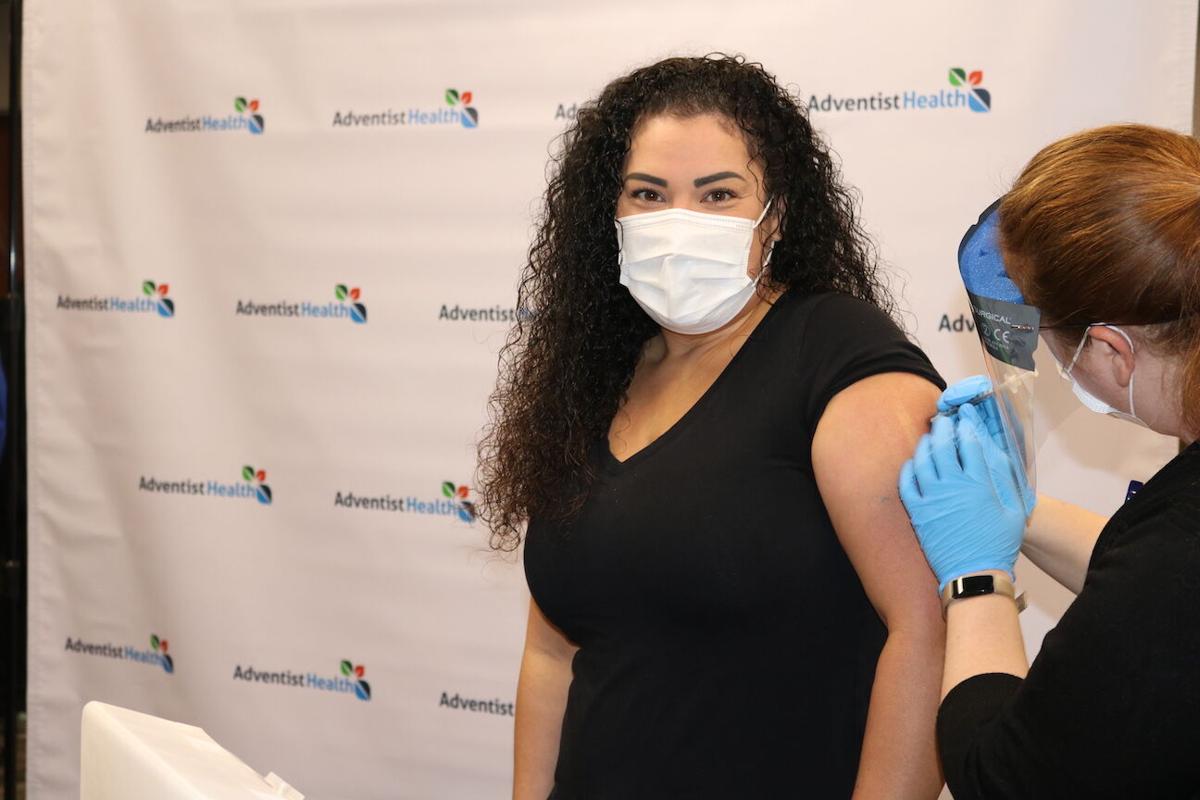 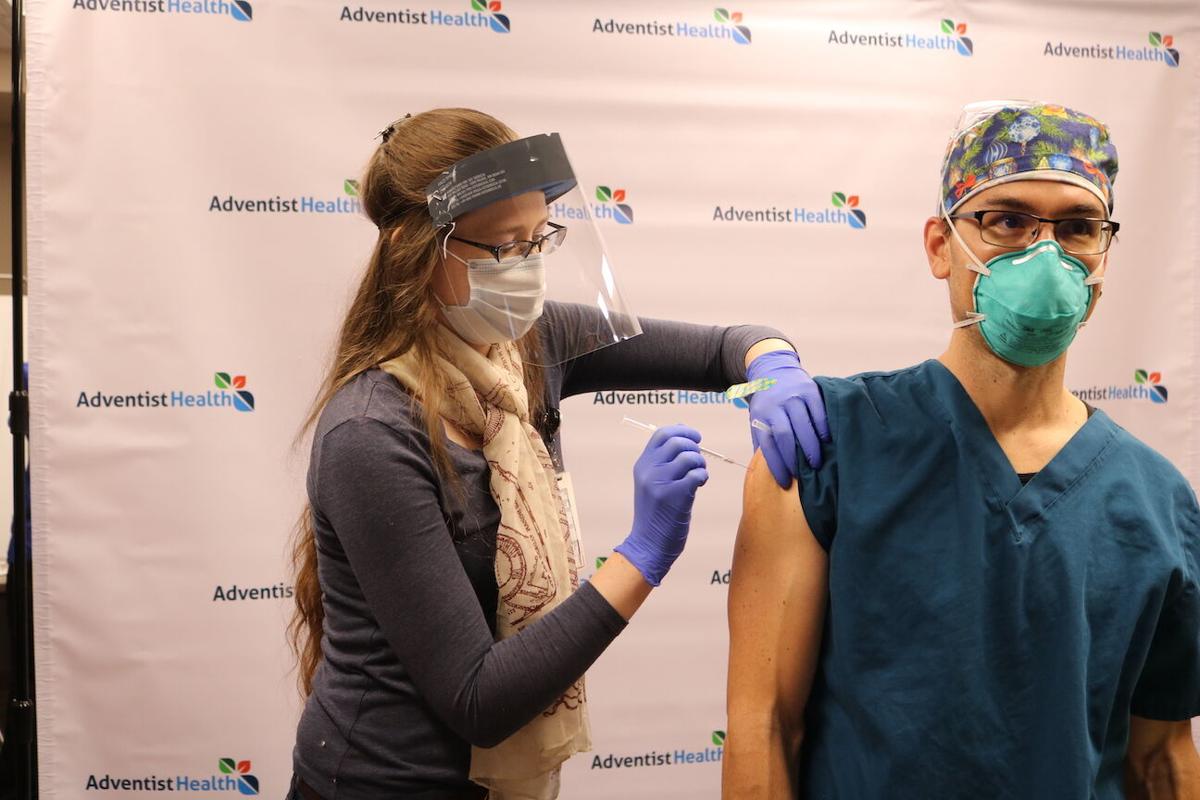 Tuolumne County is awaiting updates from the state on when the next shipments of COVID-19 vaccines will arrive after distributing the first batch to health care and emergency services partners over the past week.

Adventist Health Sonora has been administering doses since Friday to members of its front-line care team, including those who work in long-term care. More health care workers at the hospital were scheduled to receive the vaccine throughout the week.

Residents in the hospital’s long-term care facilities will also be among the first group in the region to be vaccinated against the deadly virus, the hospital said in a news release following the deaths of two people at its Sierra Care Center units this month.

“Even with the vaccination program underway, we must all remain vigilant and wear our masks, wash our hands and maintain physical distance from others to prevent further spread of COVID-19,” Michelle Fuentes, the hospital’s president, said in the news release.

The county Public Health Department distributed vaccines only to the populations outlined in “Phase 1a” of the California Department of Public Health’s allocation guidelines.

Those at risk of being exposed through work in any direct health care or long-term care settings, which included nonclinical roles such as environmental services, patient transport and interpreters, were part of “Phase 1a.”

The county also received its first 100 doses of the Moderna-produced vaccine this week that will be distributed to people in “Phase 1a,” said Kristina Herrera, public health programs supervisor.

State officials were still finalizing guidelines for “Phase 1b,” though the federal Centers for Disease Control and Prevention has recommended that it include people 75 or older and frontline essential workers, which include teachers, firefighters, police, and postal workers.

“Our vaccination team is working closely with our local partners as updates are made available to prepare and plan for distribution of the next round of vaccines as we are able to for Phase 1b,” Herrera said.

However, the county was still awaiting word on when they would receive the second round of both the Pfizer and Moderna vaccines for those that already received a dose. Both require a second dose after the first, with Pfizer’s being 21 days and Moderna’s being 28 days later.

Herrera said when the county would receive shipments of vaccines beyond the first two doses from the initial round is still unknown, though staff from the Public Health Department continues to attend weekly calls from the state for updates.

Avalon Care Center in Sonora was offered doses from the initial round, but opted to wait for vaccines through CVS that were expected to be administered to workers and residents at the facility by a CVS vaccination team on Jan. 2 and 3.

Marvonda Duncan, of Standard, said she was “livid” when she heard that the center decided to wait, because her 80-year-old mother with dementia has been a resident at the facility since May.

The letters stated one COVID-positive resident was transferred to a Modesto facility and another to a facility in San Luis Obispo.

“I don’t feel like she’s safe in there,” Duncan said of her mother. “Her life and death hangs in the balance because they are making decisions for her without any acknowledgment of family members.”

Allison Griffiths, vice president of legal affairs for the Utah-based corporation that owns and operates the facility, said the decision to wait for the vaccines through CVS was to ensure they would be administered safely and correctly by the vaccination team.

Griffiths said the facility was offered “extra” vaccines by the county last week, but they weren’t going to send nurses or EMS to administer them in case of any adverse reactions.

“It also wasn’t clear how much they had and if it would cover all staff and residents,” she said.  “We felt it was the safest approach, and the county agreed when we explained it to them, to stick with our original plan to go with the team from CVS.”

The partnership with CVS will also ensure that the required second doses of the vaccine are administered on Jan. 23 and 24, Griffiths added.

Some residents and workers at the facility have tested positive for the virus in recent weeks, though Griffiths said none have died and “a large number” of those infected have already recovered.

Exact numbers on how many residents and staff have tested positive recently were not provided, but the company provides regular updates to family members of people at the facility.

Griffiths said the center has a COVID-19 unit in accordance with CDC guidelines to separate any residents who test positive from the rest of the population, in addition to a designated staff for the unit. She also said the county reviews its infection-control processes, including usage of personal protective equipment.

“We do have some resident and staff cases right now but, of course, we have our pandemic plan in place and working very closely with the county health department,” she said. “They’ve been in the facility on multiple occasions to review our processes.”

Avalon Care Center is one of three licensed skilled nursing facilities in the county, along with Adventist Health Sonora’s Sierra Care Center Unit 6 and Unit 7. The center has 210 beds for both long-term and short-term rehabilitation, as opposed to strictly a nursing home.

Giffiths said getting all staff and residents at the center vaccinated as quickly as possible is their top priority, as nursing home deaths account for about 30% of those who have died from the virus nationwide, but they also want to do it as safely as possible.

“It’s not as simple as it sounds when you’re talking about administering a vaccine to hundreds of people,” she said. “The very best approach is a strategic approach where you know the second dose could be timely administered.”