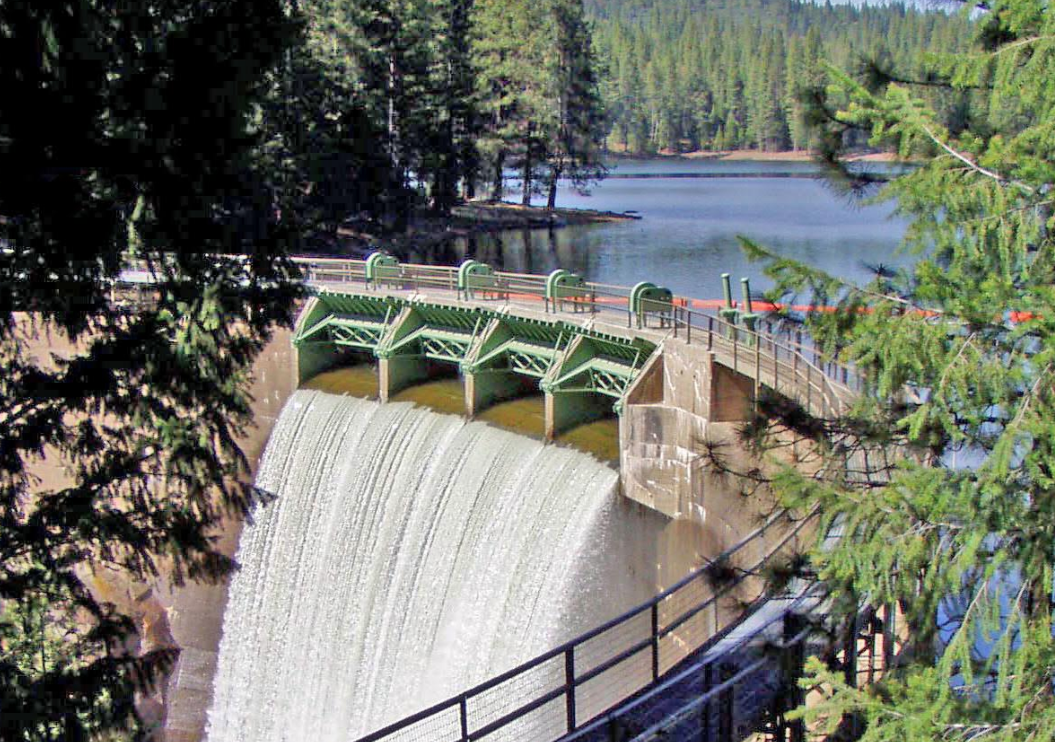 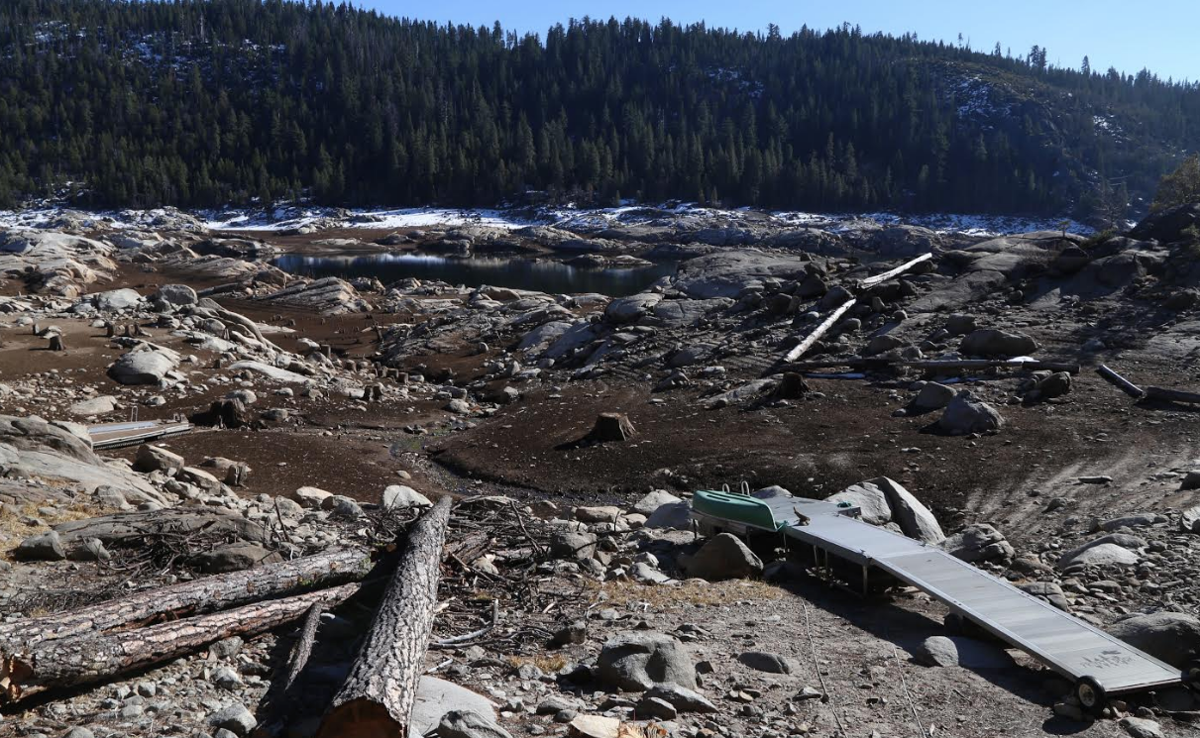 Tuolumne Utilities District will continue to process applications for new water hookups because its Board of Directors failed Thursday to reach a determination on future supply and availability.

The TUD board held a special workshop Thursday to grapple with the oldest challenge in county history when it comes to water, but the big picture has not changed. The district relies on the South Fork Stanislaus River watershed that still provides a limited amount of runoff, an average of 104,000 acre-feet annually, and typically has access to less than one-quarter of that.

The present and future of the county and its economy have always depended on adequate water supply to meet current demands as well as new connections for new houses and businesses. TUD is the water-sewer agency that serves more than 40,000 county residents.

The board memberstook nearly three hours to “examine, discuss and make a determination of current water supplies and future water available for TUD and the community,” but ultimately could not reach consensus on a determination.

“Figuring out our water situation is not easy,” TUD Director Barbara Balen, who serves as board president, said early in the meeting Thursday. “It is not easy. It is very complex. How much water have we committed? How much do we have left for hookups? Water needs change over time, especially with fires.”

On average, TUD issues 20 to 40 new water service connections annually. The district is currently processing a mix of residential, commercial, and institutional requests for service, including the new county courthouse that’s expected to open this year.

The district relies on South Fork Stanislaus water impounded in Pinecrest and Lyons reservoirs, which are currently owned by Pacific Gas and Electric Co. and can hold a combined total of 24,536 acre-feet. Glen Nunnelley, TUD associate engineer, projected both reservoirs will fill and spill later this year.

Nunnelley said TUD’s remaining water supply, the difference between supply and demand, is 4,083 acre-feet, is enough to supply more than 13,750 single-family homes, or their equivalent of 265 gallons per day year-round.

The state Department of Water Resources reports the snowpack for the Central Sierra Nevada currently has water content equivalent to 50% of the April 1 average, Nunnelley said. As of Thursday, that was 69% of normal for the date Feb. 11. Nunnelley said the state data for the region is consistent with a snow station at Lower Relief Valley, which PG&E uses to estimate snowpack in the South Fork Stanislaus watershed.

TUD Director Jeff Kerns asked about water loss due to water leaks, but no one provided an estimate of how much water the district loses annually to leaking ditches, leaking pipes, broken pipes, and other damaged infrastructure. In addition, no one saidhow much water TUD lost in late January when a snowplow vehicle apparently struck a hydrant, interrupting TUD service in the Cedar Ridge area. Sonora and Jamestown are the areas where TUD has the most leaks, according to district staff.

TUD Director Lisa Murphy raised concerns about how the district currently calculates water supply and availability projections based on historic records only, without incorporating projected impacts from climate change that include shorter winters and reduced snowpack by the end of the century.

Ed Pattison, the TUD general manager, countered that while the district’s current water supply and availability calculations are based on historical records and do not factor in any climate change science, current estimates are conservative.

Pattison emphasized that TUD is in the midst of negotiations to expand and diversify its water supply options by attempting to acquire PG&E assets, including reservoirs, conveyance ditches and flumes, and water rights, and to contract with the federal Bureau of Reclamation Central Valley Project for access to water from New Melones Reservoir.

Acquiring access to more water supply options will mitigate the effects of climate change on TUD’s water supply in the future over the next 20 to 50 years, Pattison said.

Murphy also inquired about the potential impacts of large fires on water supply, because fire will be a bigger factor in the future. She said she wants to know more about how much TUD water is used out of fire hydrants for community fire protection, in addition to the use of raw, untreated water for firefighting.

Pattison said there are more than 2,100 fire hydrants in TUD’s service area and that the district is mandated to provide water for firefighting.

“I don’t feel we can approve anything on this,” Murphy said, referring to the overall update on TUD water supply and availability, to which TUD Director Ron Ringen agreed.

TUD Director Ron Ringen, who serves as vice president of the board, said he agreed with Murphy.

“Unless we have a really, really wet winter, we’ll be biting our nails to see if our little reservoirs fill,” he said.

Kerns indicated he was more open to a wait-and-see approach when he said, “Just because we have a dry December, it doesn’t make a dry season. It doesn’t mean we’re going to be dry the rest of the year.”

Kerns moved that the board should agree and declare that TUD has sufficient water supply available to continue to process water service connections as applications for service are submitted, based on current projections summarized by district staff. TUD Director David Boatright, a former longtime district employee, seconded the motion.

Boatright and Kerns voted in favor of the motion, while Balen was opposed. Murphy and Ringen both abstained, so the motion died because at least three votes would be required for it to pass. That means the district can go forward with adding new connections for the time being in accordance with the district’s rules and regulations, Westbrook said.

The TUD board took no action at a meeting in January on a potential agreement with developers of the future Stone Mill Center near the Pedro Wye intersection between Sonora and Columbia to extend water pipelines on the property, in part due to concerns about the project’s projected impact on TUD’s water supply.

Pattison said in January that TUD is legally obligated to provide water and sewer service to the project if it has available capacity to do so, which he stated that it does. A TUD staff report in January stated impacts to TUD’s water supply from the Stone Mill Center project would be 1 acre-foot to 2 acre-feet a year, which TUD staff described as negligible. The staff report stated TUD diverts about 17,000 acre-feet per year from the South Fork Stanislaus River.

Hours after the TUD workshop on water supply and availability ended, another wet storm moved over Tuolumne County and the rest of the Central Sierra, bringing .98 inch of rain to Sonora, more than an inch of rain to Jamestown and Twain Harte, and more snow to the South Fork Stanislaus and other watersheds. Two weaker storms were expected to bring more precipitation this weekend.

Data from the state Department of Water Resources updated Friday showed Central Sierra snow water content increased overnight to 55% of the April 1 average, and 75% of normal for the date Feb. 12. A pair of weaker storms Friday night and Saturday, then Sunday night and Monday, were expected to bring a half-inch to one inch of additional rain to Sonora, and as much as 7 to 10 inches of more snow to Sonora Pass elevations.

The TUD board is next scheduled to host a joint online meeting with the county Board of Supervisors, the Sonora City Council, the Tuolumne Band of Me-Wuk Indians and the Chicken Ranch Rancheria Band of Me-Wuk Indians of California at 10 a.m. Feb. 18 to publicly address TUD’s ongoing negotiations with PG&E to acquire its water rights and infrastructure on the South Fork Stanislaus River and with the Bureau of Reclamation for a contract to get some of the water in New Melones Reservoir.

The joint online meeting will be public, and anyone can watch it via Zoom, with instructions for logging in to be posted at https://tudwater.com/board-of-directors/meeting-agenda-minutes-video/. District officials have developed a website promoting their ongoing PG&E acquisition efforts at https://tuocoourwater.com/ online. For more information call Westbrook at (209) 532-5536, ext. 501.