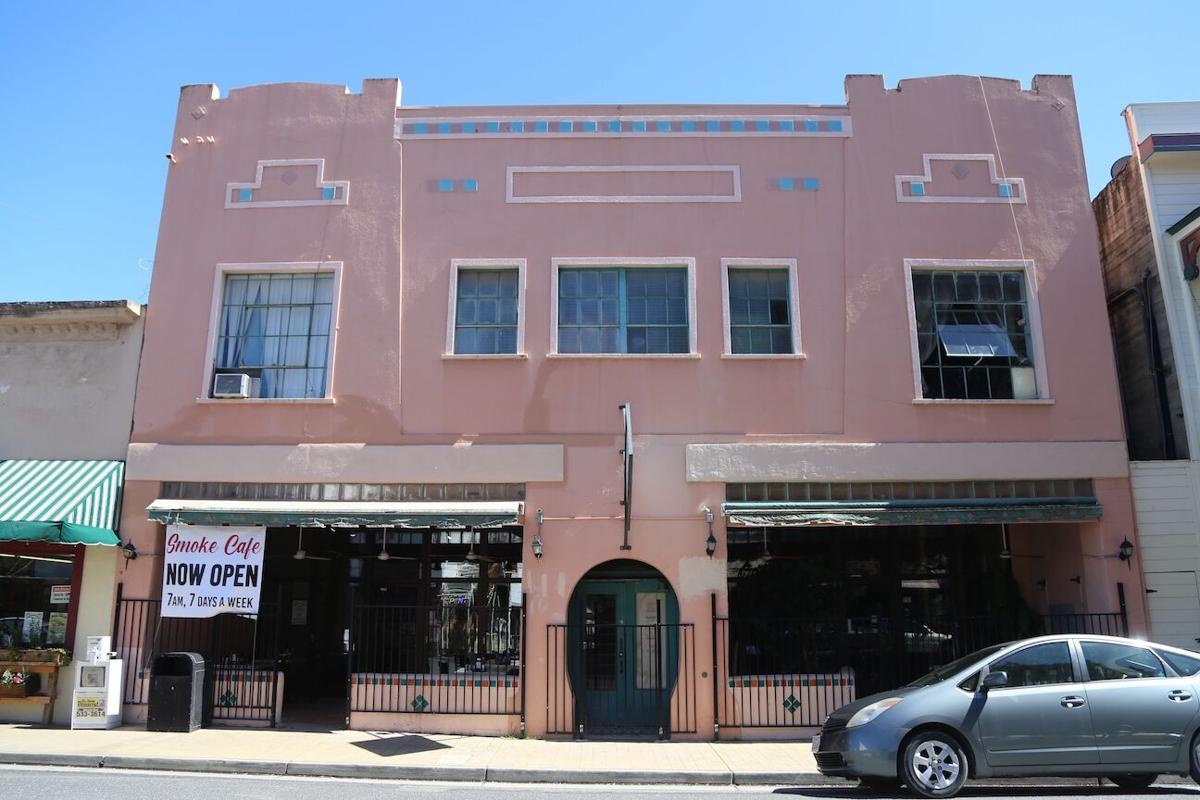 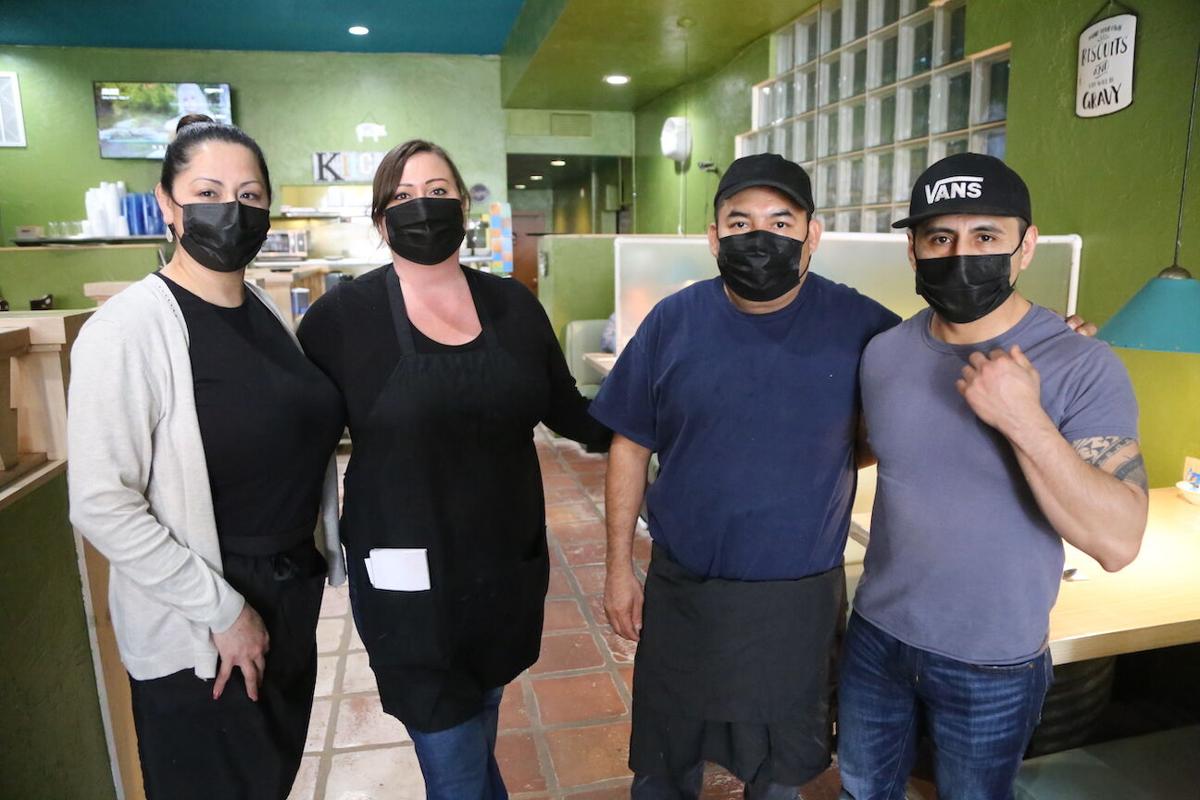 (From left) Sandra Oliveres, Christina Lint, Oscar Prestegui, and Dario Prestegui are open for business at The Smoke Cafe on Main Street in Jamestown. 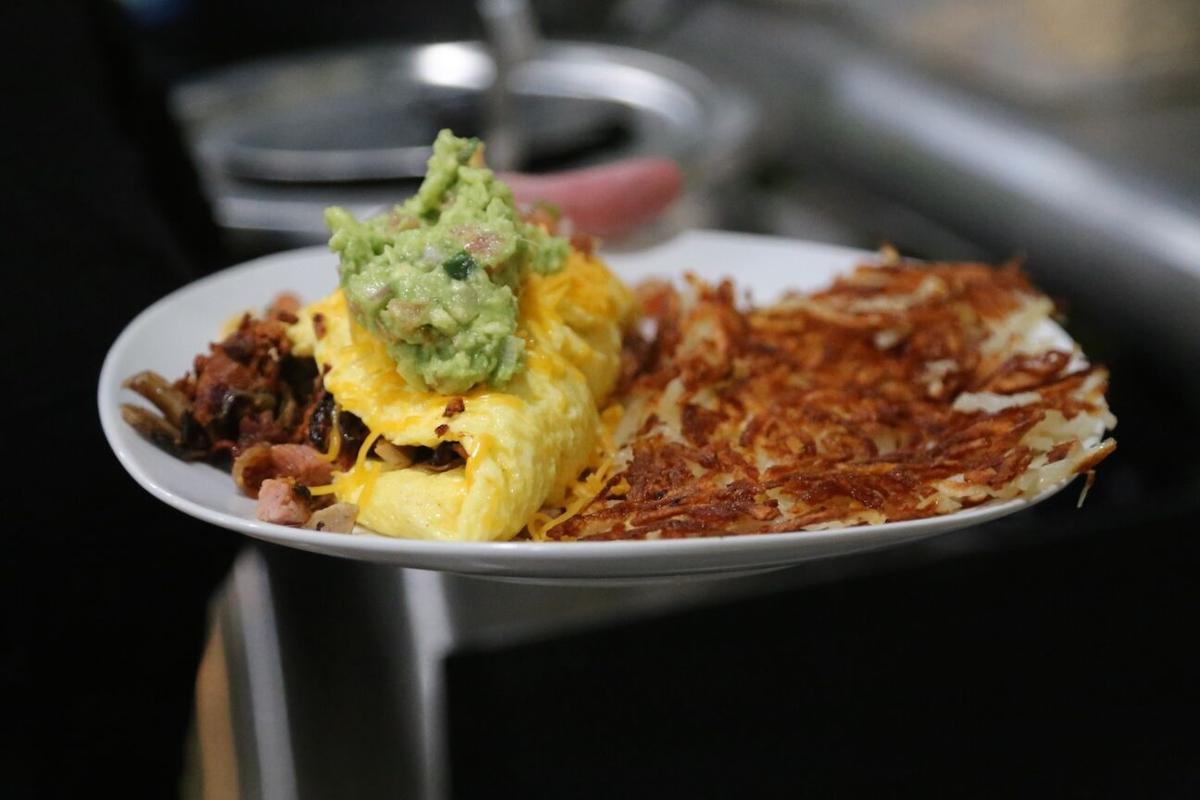 Oscar Prestegui displays an omelet in the kitchen Tuesday at The Smoke Cafe in Jamestown. 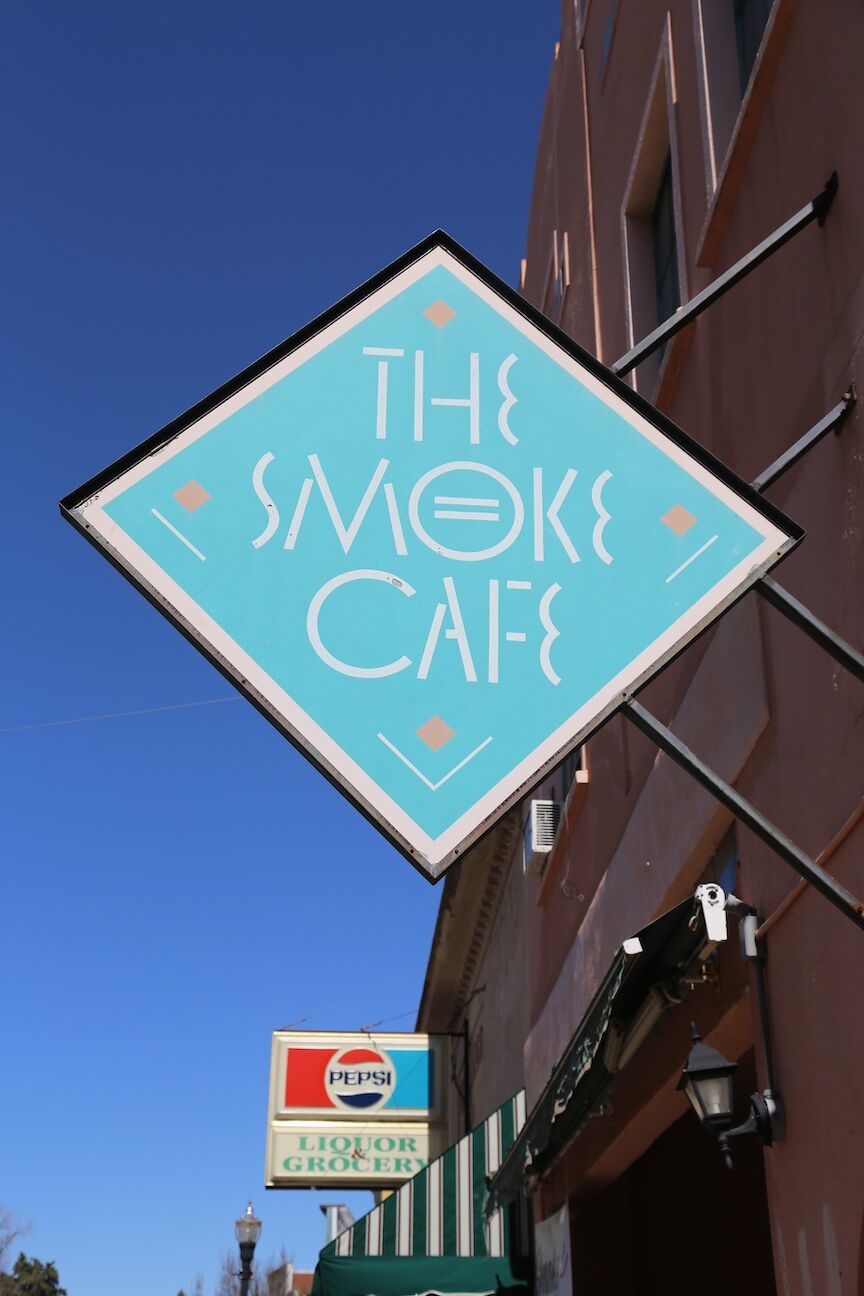 (From left) Sandra Oliveres, Christina Lint, Oscar Prestegui, and Dario Prestegui are open for business at The Smoke Cafe on Main Street in Jamestown.

Oscar Prestegui displays an omelet in the kitchen Tuesday at The Smoke Cafe in Jamestown.

The Smoke Cafe restaurant in Jamestown hasn’t brimmed with hordes of breakfast-hungry diners for over a decade. But now, beginning at 7 a.m. every day of the week, morning customers are no longer uncommon.

Just watch the steady procession of empty stomachs that enter inside and come out later with bellies full of coffee, omelets, hash browns and gravy.

"I feel like I have a big commitment to people to bring the Smoke Cafe back to life," said owner and operator Dario Prestegui, 40, of Sonora. "It's a small town, and most of the people know each other pretty well. The landlord thought I could reopen this place and bring it back to life."

It's an auspicious resurrection for the restaurant, located at 18191 Main Street in Jamestown, which has retained its trademark sign and historic, Gold Rush-era exoskeleton despite being closed as an operating restaurant for more than a decade.

Prestegui, formerly of Mexico City and the former co-owner of Mandy's Breakfast House in Columbia, said he was approached by the landlord about reopening the popular eatery and returning Jamestown to a position of glory as a culinary destination.

"I was always thinking of opening up another place,” he said. “It was a big opportunity presented to me, and I took it.”

Prestegui said his arrangement with the landlord was to keep the same name in order to limit renovations and retain the diamond-angled business sign out front with the distinctive and quirky font.

Prestegui said the original Smoke Cafe was actually located on Smoke Street, a little road behind Rocca Park which intersects with Highway 49. The cafe moved to its current location on Main Street and kept the same name, though it closed more than a decade ago with the now-iconic sign still intact.

"I thought it was a good idea to keep it," Prestegui said.

Much of the history of the former Smoke Cafe is unknown by Prestegui, who seems more occupied by future challenges. He said he believes it was previously a Mexican restaurant, citing the interior design.

"I heard this restaurant was pretty busy before," Pretegui said. "I felt like it was a pretty big commitment bringing this service to town."

According to Union Democrat records, the Smoke Cafe was operating in at least 1994 when then restaurant-owner Kent Grunewald was involved in a dispute with the Jamestown Area Planning Commission over the installation of 59 feet of chain link fencing for employee parking.

The Smoke Cafe is nestled into the left-side, ground-floor recession, symmetrical to the right side and divided by a center door. The second floor rises high among the downtown Jamestown skyline, and a coral-salmon exterior with Southwest-turquoise ornamentation is unique to the district.

The building itself is over 100 years old, Prestegui said.

Inside, about 9 a.m., the restaurant is buzzing. Pancakes the size of frisbees whip out of the kitchen and over every hot dish — eggs, bacon, sausage, chorizo skillets and country-fried steaks — rises a billowing pillar of steam. Children bounce and trot in the front, waiting for their parents to pay. Above the cash register and under the block is a pig-shaped sign which reads, "You're 'Bacon' Me Crazy."

By the brief afternoon interlude of the consecutive breakfast and lunch rush, the servers and cooks still hustle around the restaurant, organizing table condiment trays or sanitizing. Noticeable, trembling under the din, an Amazon Music radio station plays "Lucy in the Sky with Diamonds," "Gold Dust Woman," and "Eye in the Sky."

Gently mottled adobe tile floors appear reminiscent of the Mexican restaurant which preceded it. The green walls, a turquoise ceiling, makeshift plastic dividers between booths and an elevated, social-distanced seating section are indicative of the four-month renovation process Prestegui undertook in November 2020 before reopening the business to the public last week.

Some of the work required included business operating permits, remodeling and repainting the interior of the restaurant, he said.

The eatery’s first day open was a half-day on Friday. By the next day, they were open for good and at full operating hours, he said.

"We tried to do it like a soft opening," Prestegui said. "It takes time to get it running. Surprisingly, we already have a nice response from the town who is supporting us pretty well. All the neighbors around here have given us a warm welcome."

Gary Wilson, of the downtown business advocacy group the Jamestown Promotional Club, said the reopening of the Smoke Cafe was emblematic of a resurgence in the downtown Jamestown dining scene. In April, the pandemic-closed Morelia Mexican Restaurant is set to reopen. In June, the historic Willow Steakhouse and Saloon is also expected to reopen under new management.

Next door, The National Hotel is serving again, he said. And The Jamestown Hotel, now owned by the Chicken Ranch Rancheria of Me-Wuk Indians of California, continues to churn out popular food, drinks and hospitalities.

"It's a good thing. I've eaten there three times already," Wilson said of the Smoke Cafe. "I think it's a good sign, because we didn't have a breakfast place in town that was open seven days a week."

The renewed attention on the downtown scene will bring much-needed tourist dollars into the area for businesses still reeling from prolonged closures during the pandemic.

"It brings people into Jamestown, we have good restaurants. People come from the valley or from the county, and the streets are packed at nighttime. Plus it puts people back to work," Wilson said. "I think the businesses are coming back very healthy. You come here on the weekends and the streets are full of shoppers. People want to do something out of town, and Jamestown is a great place to do that."

Like other businesses, the Smoke Cafe is beholden to COVID-19 safety precautions to allow inside seating.

Prestegui lives in Sonora, but staff members Sayra Rodriguez, 18, and Sandra Olivares, 41, (who describe themselves as his primos, or cousins) commute from Modesto daily.

Prestegui first learned his trade behind the kitchen counter in Modesto after he moved there in 2003. He moved to Sonora in 2014, first working at My Garden Cafe on Mono Way in Sonora before Mandy's.

"I learned to cook in restaurant kitchens here,” he said, “but you always learn something from your mama and grandma, too.”