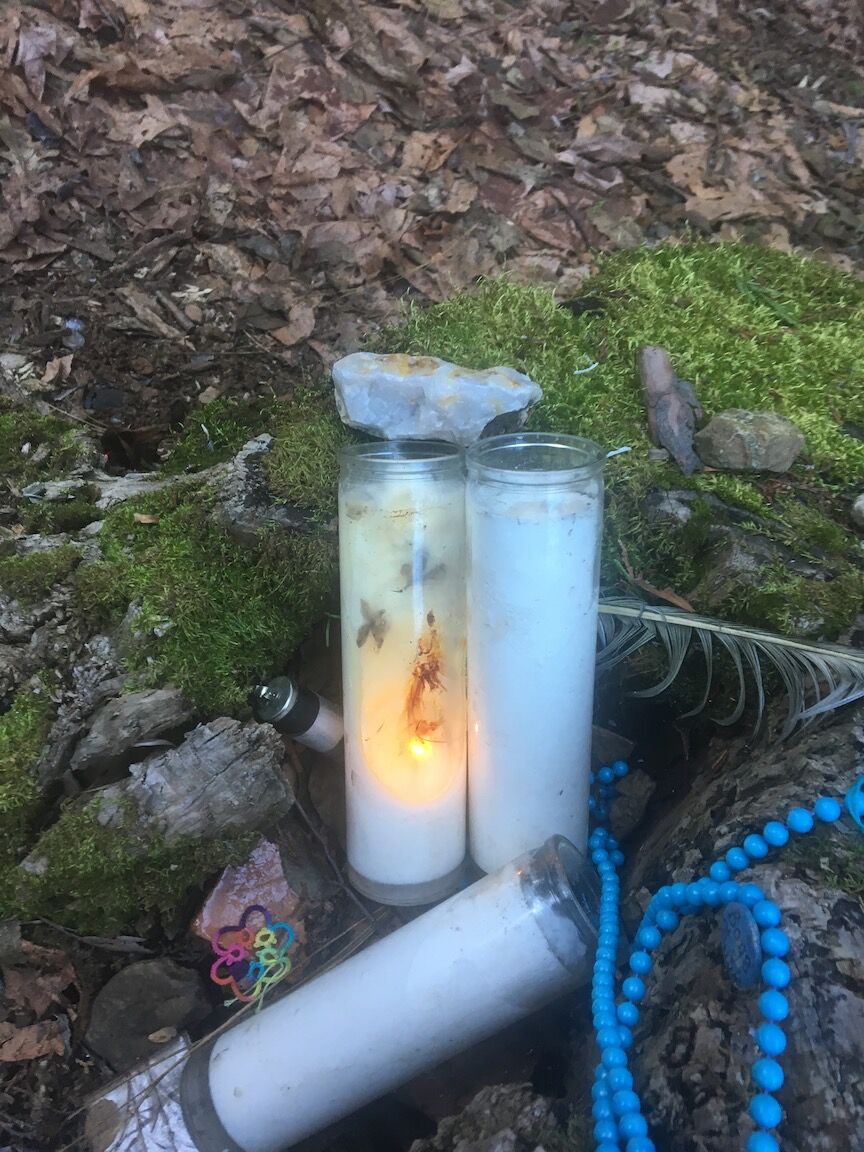 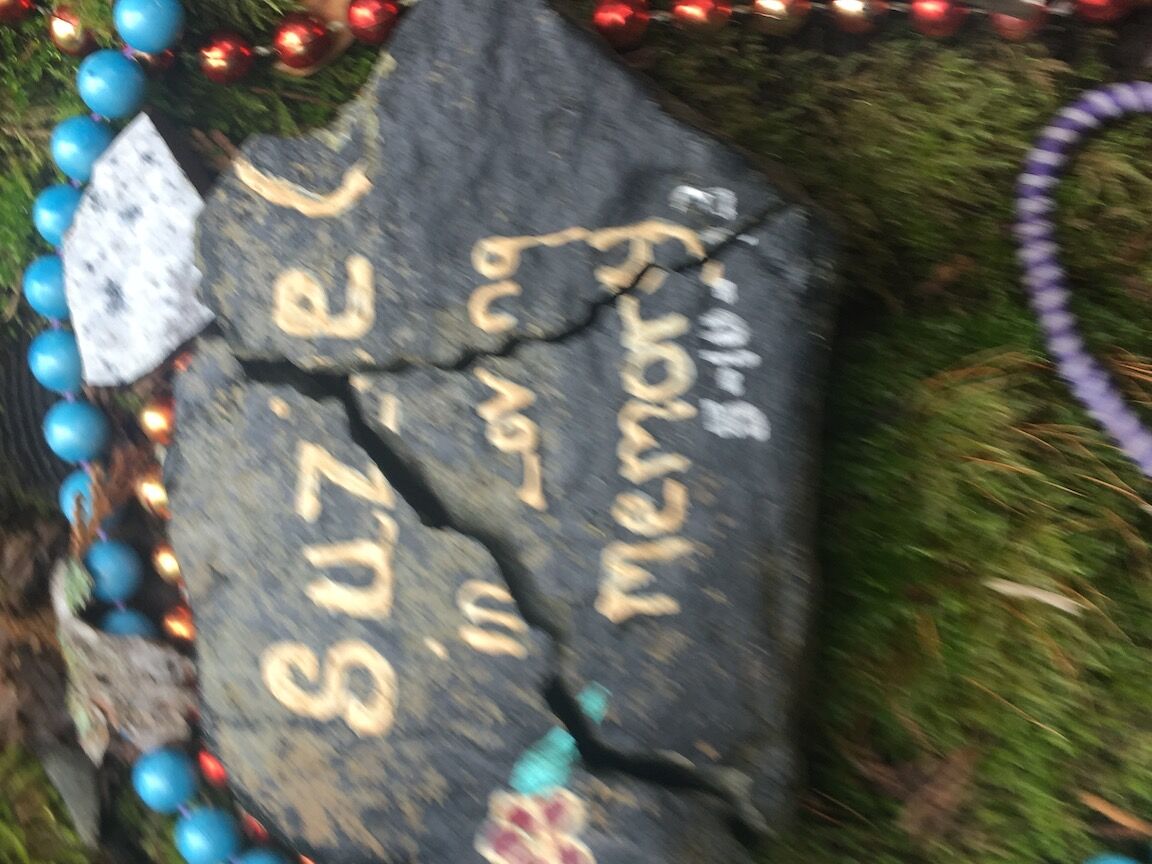 Suzie Q's epitaph, on the banks of Five Mile Creek.

Suzie Q's epitaph, on the banks of Five Mile Creek.

Here’s a Yankee Hill mystery I really thought I had solved.

I first spelled it out in a May 21 Geezer’s Diary entry.

It’s a shrine of sorts, I wrote back then, complete with beads, three tall candles and an epitaph, painted on a dark, flat stone: “Suzie Q. In loving memory. 5-10-2013.”

So was Suzie a dog? A cat? A sister, wife or daughter? I did not have a clue.

But her memorial is in a beautiful spot, at the end of Five Mile Creek Road on the banks of the creek itself. This is a shady, refreshing clearing year round.

Still, I would not have pursued the memorial’s origins, were it not for a surrealistic episode on Super Bowl Sunday.

Before the Kansas City-San Francisco game on Feb. 2 of this year. I hiked 3.5 miles down to the creek.  It was a cold, drizzly morning and I thoroughly bundled up for the trek. I saw no one else on my walk.

But when I got to Five Mile, one of the candles at Suzie’s shrine was lit. Protected by a glass candle holder, its flame flickered against the winter breeze.

Nearly a week later, the Niners had lost, the rains had eased and I returned to the creek. Suzie’s flame was still burning.

My curiosity went from passing to intense. So in that May diary entry, I asked for help.

And got it! I received this email a few days later:

“Suzie Q was a person, not a pet,” my correspondent wrote. “She was a very sweet local Columbia woman who passed away from cancer. Her dear friends created that memorial for her in one of her favorite places. Many of her friends still go light candles for her all these years later. She’s dearly missed.”

So I emailed her back, now fascinated. This seemed like a wonderful, heartwarming story.

“I would like to learn a little more about Suzie Q,” I responded. “Would you mind giving me a call?”

I heard nothing. So I looked up my emailer on White Pages, got a phone number and called. She was pleasant, promising to contact a couple of Suzie’s old friends and get back to me. But at that point, even she was unsure of the beloved deceased’s last name.

Meanwhile, I called a couple of my own friends in Columbia and asked about Suzie. Nothing. Next, I went to The Union Democrat office, pulled out a back-issue volume for 2013, and combed through weeks of obituaries on and after May 10, 2013. No luck.

Then I phoned my emailer back a month after my first call. She told me she hadn’t had a chance to talk to Suzie’s friends.

So I waited nearly six more weeks, then called her one last time. My emailer hung up on me. I tried again, this time leaving a message. That was more than a month ago, and I expect no reply.

After 40 years of reporting, it was hardly the first time I’ve been hung up to dry.

Now I look at this philosophically:  Some mysteries are destined to remain mysteries. Or at least mysteries to me.

And Suzie Q’s, apparently, is one of them.