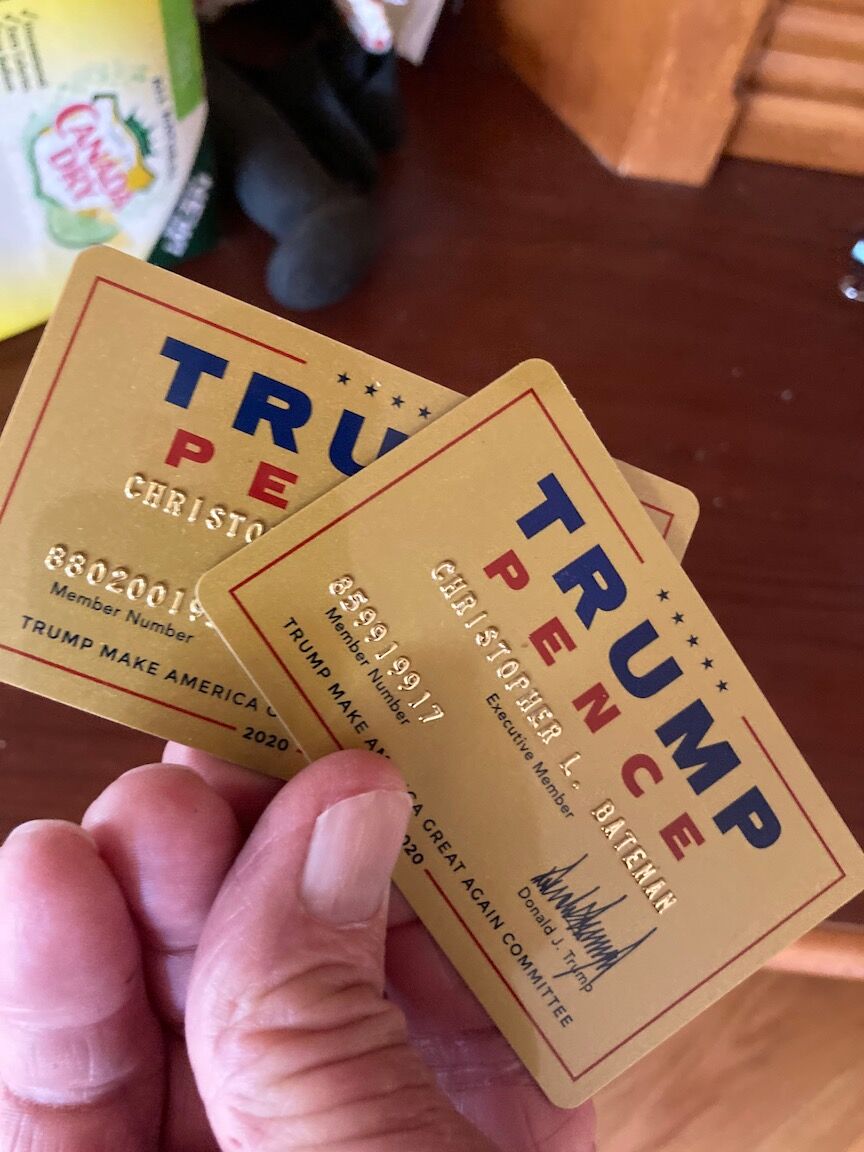 MAGA man, and I have cards to prove it. 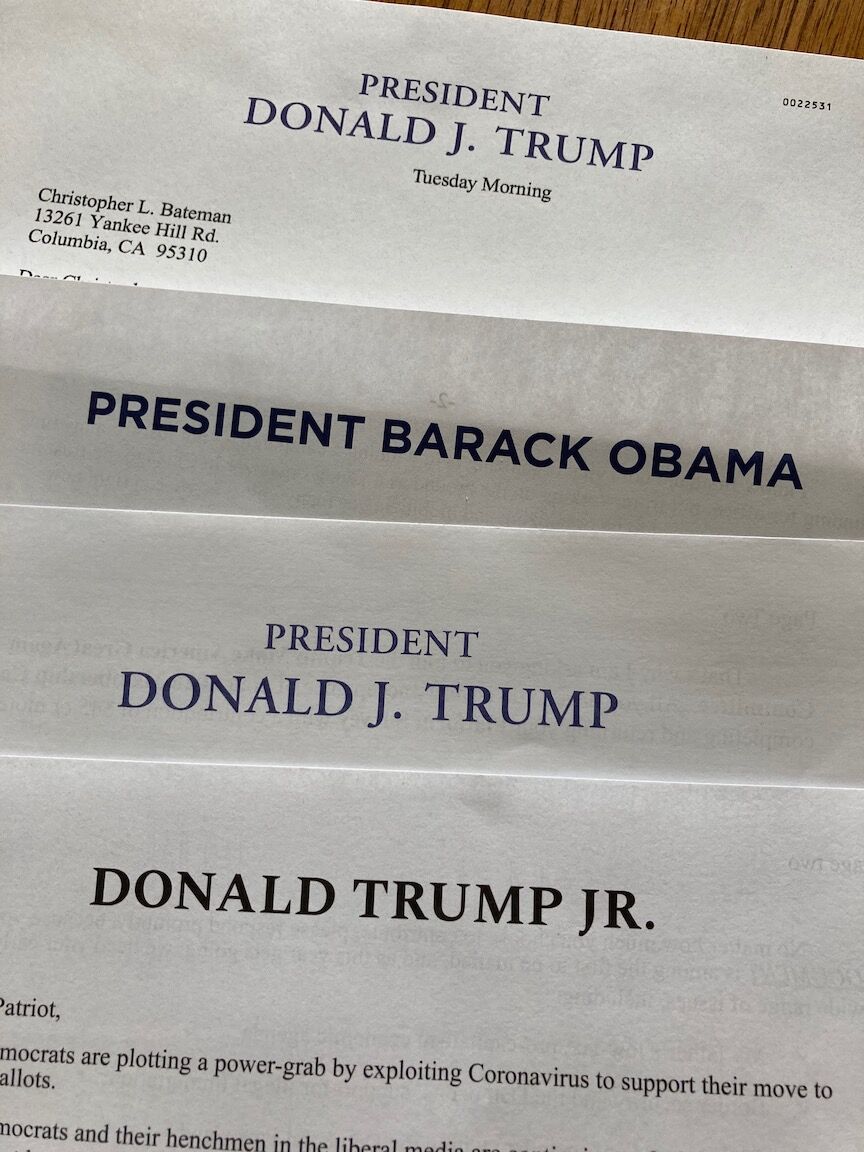 A LOOK AT my famous correspondents, all of whom really like me.

MAGA man, and I have cards to prove it.

A LOOK AT my famous correspondents, all of whom really like me.

OK, I’ll admit it: After nearly six months of Corona confinement up here on the hill, I do get a bit lonely at times.

I wake in the morning hoping for emails or texts from friends. Instead, I get emails and texts from PG&E, telling me my power will shut off during the hottest week of the year.

Next, I go down to my mailbox, hoping against hope for a card or letter. Instead I get bills, catalogs and pitches for high-speed internet, insurance or credit cards.

In the past few weeks I’ve gotten letters from the president (twice), the president’s son, and an ex-president.  Most are on a first-name basis with me, calling me “Christopher” line after line.

“Christopher,” concluded former president Barack Obama’s letter, “I hope you will support the Democratic Unity Fund today, with a gift of $20, $30 or $40. Joe and the Democrats are counting on your support.”

But President Trump did not just use my first name.

“Christopher, you have earned this card due to your exemplary dedication to our nation combined with your willingness to fight for our timeless American values,” the president twice wrote me.

And Obama? “People like you have always inspired my faith in the future,” Barack told me in his letter.

So there is something both Democrats and Republicans can agree on: That I’m a great guy. Or, that if they tell me I’m a great guy, I just might fork over some cash.

What??  Obama figured 40 bucks was my ceiling.  Trump, with presumed access to my tax returns, should have known better than to ask for nearly three grand (and hint at 41).

That said, the president does care about what I think. He sent me a “Platform Survey.”

In 22 questions, he asked me about “the corrupt, baseless Russia investigation,” “the partisan impeachment hoax,” “anti-Trump hacks masquerading as reporters,” “left-wing agitators and extremists” and much more.

I didn’t fill it out. But the Republicans did not adopt a new platform at their convention anyway.

So I don’t think President Trump will hold this against me. Something tells me I’ll be hearing from him – or from a member or two of his immediate family – again.

Barack’s letter? No questions, but he asked for cash support against “corruption, self-dealing, misinformation, ignorance and just plain meanness.”

Question: Is anyone out there in favor of meanness?

Didn’t send Obama a dime, but I nevertheless feel that I’ll be hearing from both Joe Biden, Kamala Harris and maybe even the Clintons before it’s all over,

Don Jr. didn’t use my name, but called me a “fellow patriot.” And he let me know the Dems “are plotting a power-grab by exploiting Coronavirus to support their move to using mail-in ballots.”

Does he mean ballots like the ones we’ve voted on here in Tuolumne County for the last decade or so? We’re pretty conservative up here in the hills and we’ve had some tight local elections over the years, but I don’t recall any candidate faulting mail-in voting for a narrow loss.

Sample question: “Do you believe a great country must have a great military?”  (“Uhhh, can I make a lifeline call on this one??”)

Finally, my editor’s look at these letters:

But – and this pleasantly surprised me – the grossly overused (often in multiples) exclamation mark could barely be found in these political pitches. Trump Sr. (in two letters) and Obama (in one) used none.

And Don Jr. used just one: “Return your SURVEY DOCUMENT to me…A-S-A-P!”

So congrats to all on exclamatory restraint!!!!  Hope to be hearing from you again very soon.