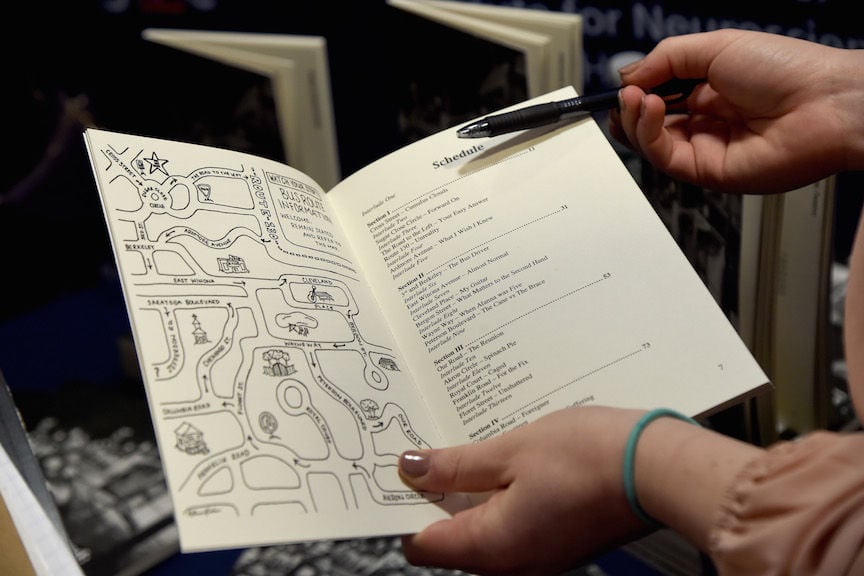 Third year medical student Brittany File talks about her book of poetry during an ALS gathering at Jefferson Weinberg ALS Center on Jan, 30, 2020. She interviewed Jefferson patients who have ALS (Lou Gehrig's disease). Classmate Alex Kocsik did the illustrations in the book. (Tom Gralish/The Philadelphia Inquirer/TNS) 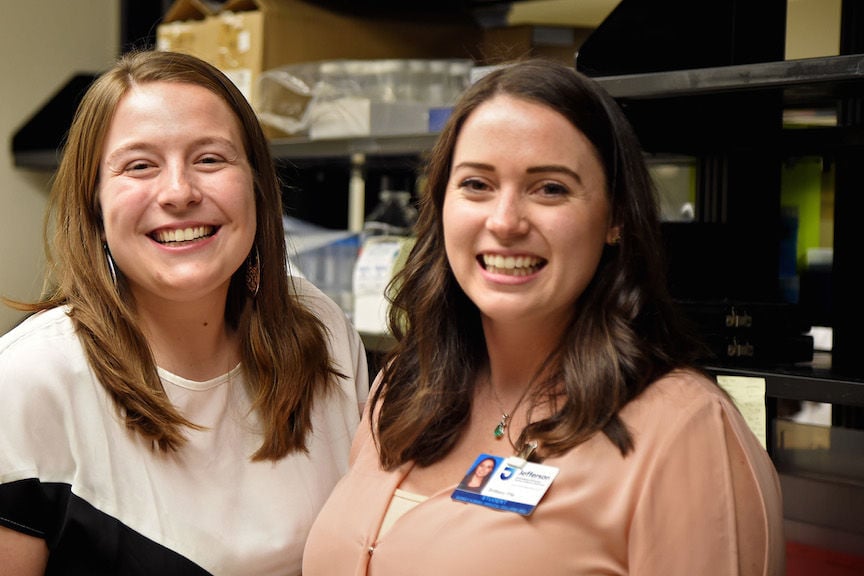 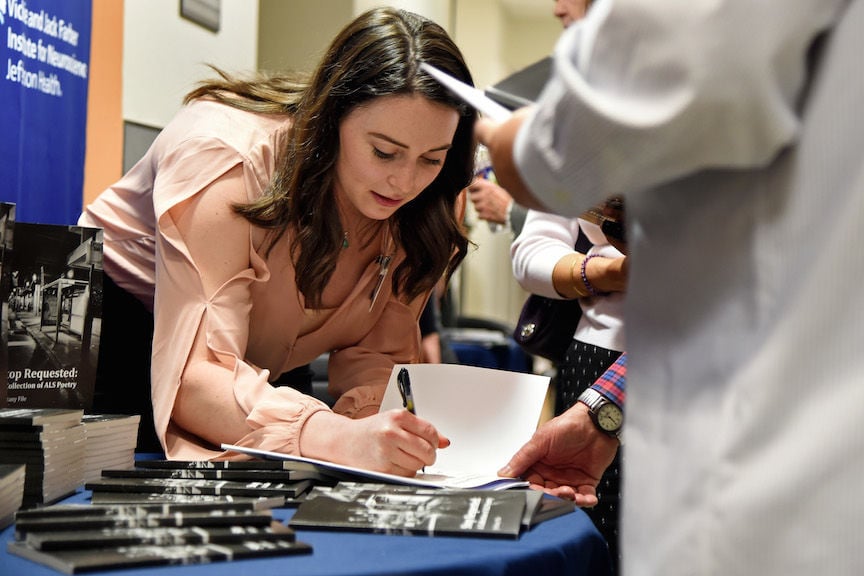 Third year medical student Brittany File talks about her book of poetry during an ALS gathering at Jefferson Weinberg ALS Center on Jan, 30, 2020. She interviewed Jefferson patients who have ALS (Lou Gehrig's disease). Classmate Alex Kocsik did the illustrations in the book. (Tom Gralish/The Philadelphia Inquirer/TNS)

PHILADELPHIA — Brittany File, a second-year medical student at Thomas Jefferson University in Philadelphia, has read about the devastating neurodegenerative disease ALS in her textbooks and observed its characteristics through the lens of a microscope.

Her latest exploration of amyotrophic lateral sclerosis, however, has opened her eyes wide, as well as those of veteran medical providers and researchers,  in a way nothing else ever has.

Over the last two years, File interviewed patients at the Jefferson Weinberg ALS Center, hearing firsthand their struggles and hopes, and wrote a series of intimate, poignant poems about their experiences. With the help of Jefferson, the 24-year-old has published an 87-page volume titled "Stop Requested: A Collection of ALS Poetry."

The progressive condition, also known as Lou Gehrig's disease, has no cure and affects nerve cells and motor functions, almost always taking away the ability to talk, walk, swallow, and breathe. At any given time, about 16,000 people have the condition.

"I'm really passionate about the disease," said File, a Carmel, Calif., native. As an undergraduate at Emory University in Atlanta, where she double-majored in neuroscience and behavioral biology and in philosophy, File participated in summer research at a lab focused on ALS, cementing her interest.

Once in medical school, File knew she would have clinical opportunities to interact with patients. But Jefferson's requirement of scholarly inquiry in one of several "tracks" (clinical and translational research, digital health, medical education, etc.) set her on a deeper, more personal path than the usual patient/medical student relationship. File, who chose the humanities track _ which focuses on creativity and reflection _ proposed the poetry project to better understand the experience of living with ALS.

"To be able to interview patients, talk to them beyond the white coat, beyond the research bench, offered an opportunity to see something a lot clearer," she said. "And to write about it offered me the space to reflect."

At an ALS Center open house last month, File _ all pep and broad smiles _ handed out free copies of the book to caretakers, patients, and medical providers, bashfully obliging requests for her signature, which is not yet a doctor's scrawl.

Each of the 20 poems, File said, is not only a memoir of a particular, unnamed patient but also a portal inside the collective ALS experience, a way to allow the ALS community "to see themselves in it, see their neighbors in it, see the person they pass on the street and kind of give a different perspective to this illness."

During File's 15- to 45-minute interviews, she said patients openly shared their sense of defenselessness against the impending storm of ALS or, in some cases, a feistiness to persist. One of her toughest conversations resulted in the collection's final poem, "The Voices that Echo," about a patient who cries for the first time since his recent diagnosis and thanks her, saying in the poem "if I lose my speech/at least/you will have heard and written my voice."

The book's moody, black-and-white cover image of a city bus stop at night, which File photographed herself, reflects the overarching metaphor of the book.

"This is a bus you can't really get off," she said. To emphasize that point, the collection is divided by street names and includes a map drawn by classmate Alex Kocsik. "Every poem is a stop on that bus line."

Teresa Shank, a 60-year-old Fishtown resident who was diagnosed in 2017, inspired the poem "Foreigner," which starts: "I am no longer welcome/in this place/where I've raised/my children./ Instead,/stairs/point/fingers/and/taunt/me/for the movement/I lack, ..." and ends with the way the ALS Clinic has treated her, "cradled/sheltered/in the warmth/of a medical family that/welcomes me ... ."

The collection, Shank said in an email exchange, "woke me up. Made me realize I am not alone & people with ALS & clinic understand me. She put our feelings & thoughts to heart. Beautiful JOB!!!"

Interspersed among the poems are anonymous quotes from doctors and others who often struggle with the overwhelming sadness of patients. As one said, "You have to find something good," adding that it might be as simple as a silly tidbit about someone's life.

Piera Pasinelli, director of the ALS Center, has spent years as a researcher investigating the causes of motor neuron death at the molecular level.

"I know how to describe perfectly the disease in medical terms, more in scientific terms because I'm a scientist," she said. But "I don't know what it means to get on this bus, to get the diagnosis, and to get on that journey, which takes away a lot, if not everything."

When she first saw the collection, Pasinelli said she could only read one poem a day, given the heart-wrenching subject. She views the book as a call to action, she said, one that further motivates her to find a cure.

"What Brittany has been able to do," Pasinelli said, "is open a window for all of us to what it means, simply by giving this patient a voice."