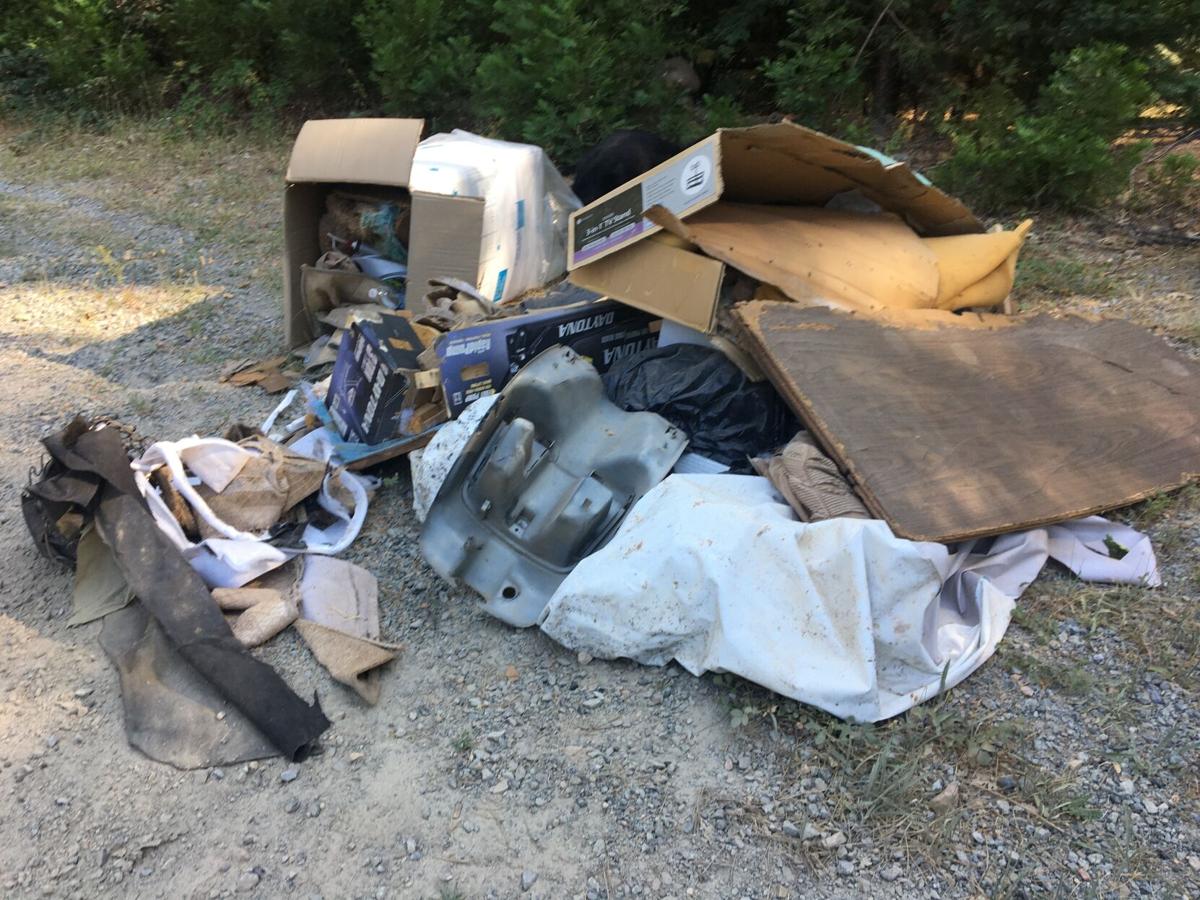 THE LATEST Yankee Hill dump-and-run, about a mile beyond pavement's end. 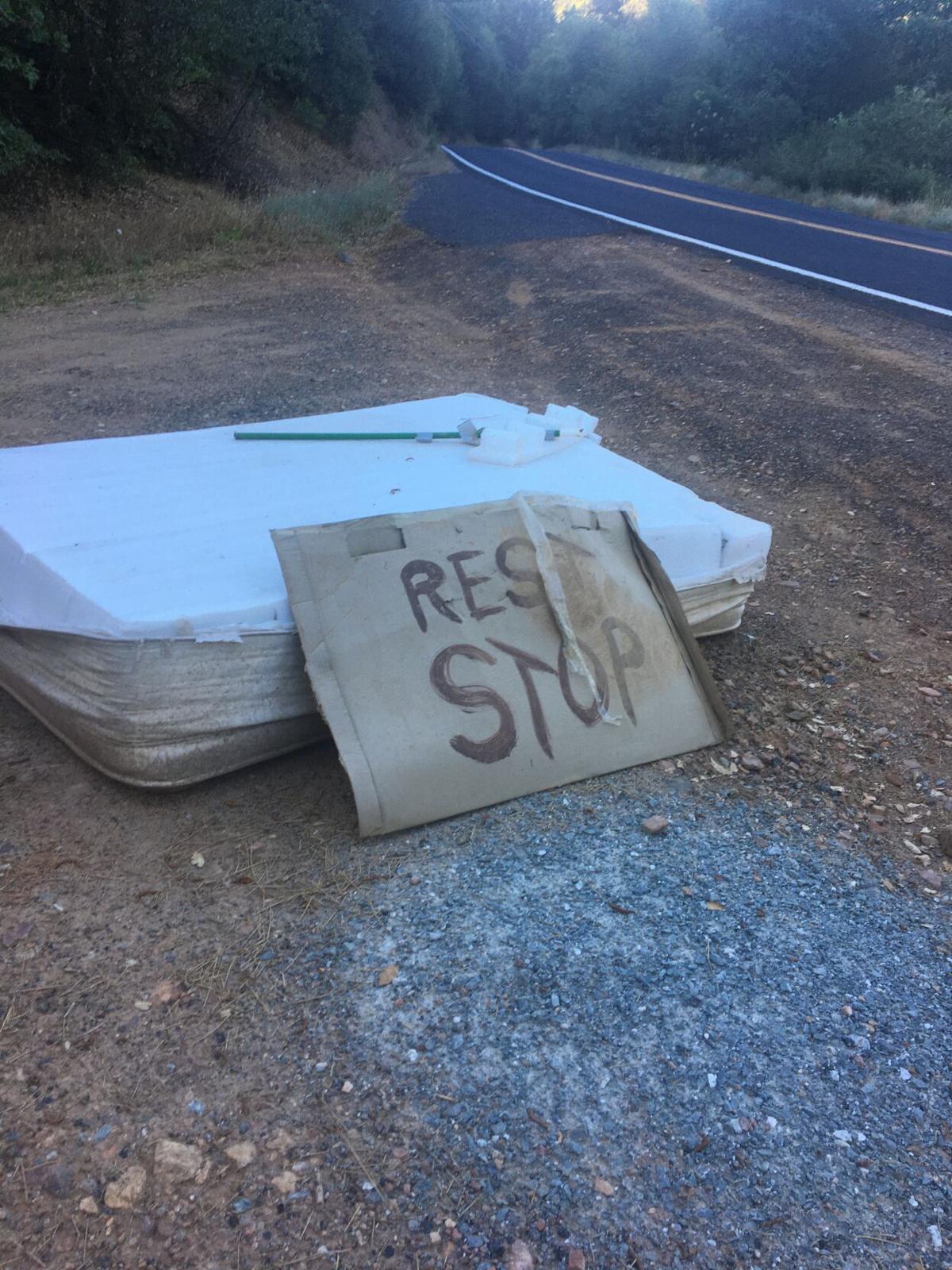 THE SAWMILL FLAT "Rest Stop," just before its removal. 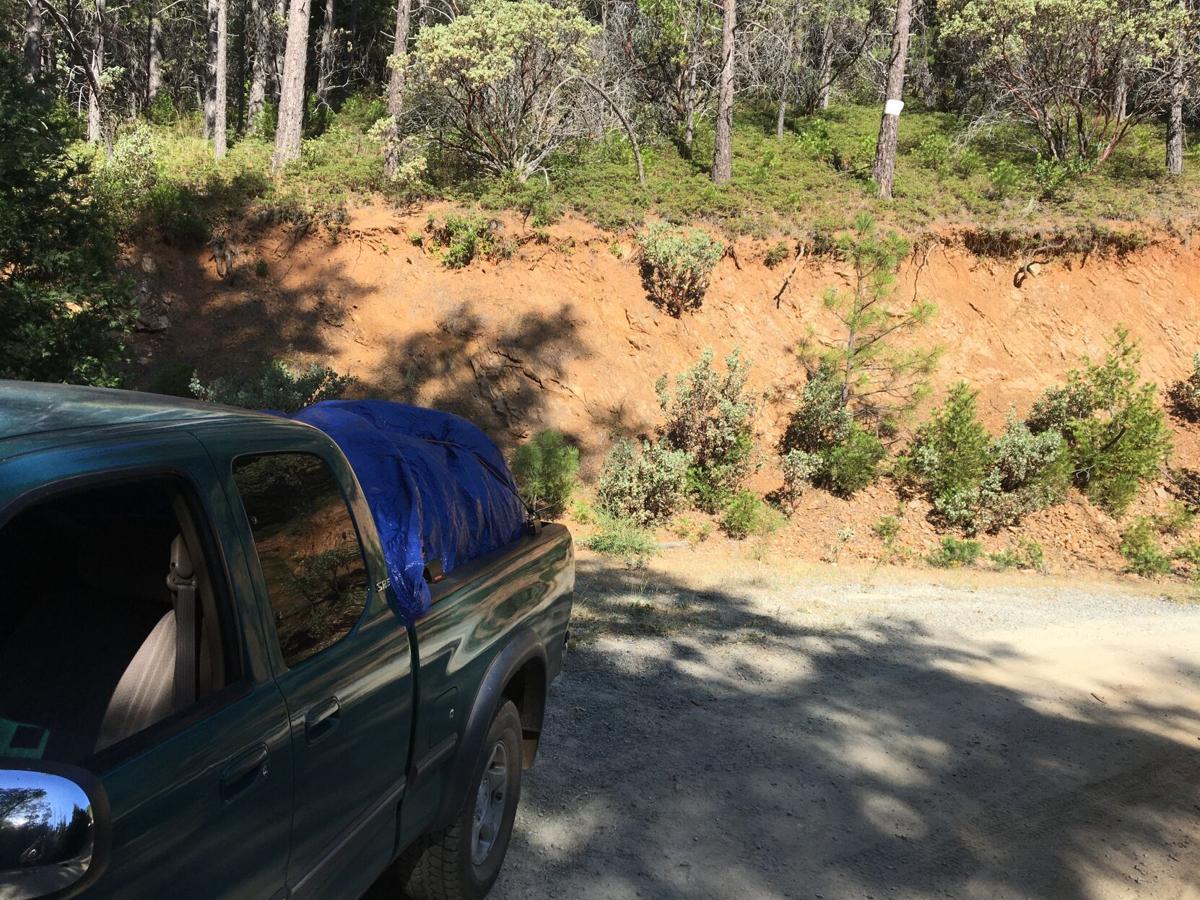 ALL LOADED up for the transfer station.

THE LATEST Yankee Hill dump-and-run, about a mile beyond pavement's end.

THE SAWMILL FLAT "Rest Stop," just before its removal.

ALL LOADED up for the transfer station.

I was taking the tarp off my load at the Tuolumne County’s garbage transfer station today when a fan spotted me.

“I love your writing,” she shouted from the cab of her own truck. “You always bring me to a better place.”

Well, today I’m bringing her and all the rest of you readers to a worse place.  It’s a place where idiots drive into your neighborhood in the middle of the night, dump their trash, then  disappear.

Today I drove a mile up Yankee Hill Road, loaded a pile of jettisoned roadside garbage into my pickup and took it to the dump. There I was charged $30.25.

“But it’s someone else’s trash,” I pleaded. “I just picked it up. I have a photo to prove it.”

I fully expected this, which doesn’t mean it’s right. Today was the third time this year I’ve taken dump-and-run trash to the transfer station. My fees so far total about $80.

I wrote about the first episode in April. The second was a ruptured mattress offloaded by the side of Sawmill Flat Road in May. The dumper, with something of a sense or humor, propped a cardboard “Rest Stop” sign next to it.

But after driving by the mattress for a month, I was not laughing. So one Sunday in May I loaded it up and took it to the transfer station with a photo. No dice: I paid again, $21.

The latest drive-by came a week ago, and I have to give the dumper credit:

That midnight perpetrator did not push the trash down a slope, which would have made it much harder to retrieve. And the garbage – which included rugs, couch springs, a broken-down child’s car seat, a rusting kitchen faucet, and boxes which once held a TV stand, a home safe, and a backyard pool – was exactly one pickup load. So I got away with just one trip to the transfer station.

So I went to the transfer station, paid up, and offloaded.

Then I drove to the Solid Waste Office with photos, my transfer station bill and an April 30, 2017 Lowe’s receipt for $94.35 that I found among the trash. It included a very faded “My Lowe’s Card” number.

Nathan Birtwhistle, a county solid waste specialist, told me there are no provisions for reimbursing Samaritans like me. He added that the aging receipt I found amid the trash fell short of what the department needed to prosecute the dumper.

But Birtwhistle did say the department may soon launch a program where residents are issued bags and reacher-grabber sticks to clean thrown trash from roadsides. Full bags would then be picked up by the county for free.

Good idea, but it still will not solve the drive-by dumping  problem. Nathan did, however, make a copy of my transfer-station receipt.  So there is still hope.

My idea:  Anybody who cleans up a drive-by roadside dump and can prove it should be reimbursed transfer-station fees.

Here’s the logic:  If area residents clean up these messes, county workers will not have to. So they’re thus freed up for overdue road repair or for eradicating drive-by dumps that are way bigger than a guy with a pickup truck can tackle.

No, fee reimbursement will not eliminate Tuolumne County’s dump-and-run problem. It’s been going on forever, and during these hard medical and economic times it is likely getting worse.

Me? I’m not complaining: Two of my Yankee Hill neighbors, knowing I had cleaned up the roadside mess, have ponied up enough to cover my dump fee.

This neck of the Tuolumne County woods may not be that “better place” that my transfer-station fan was talking about at the top of this story.