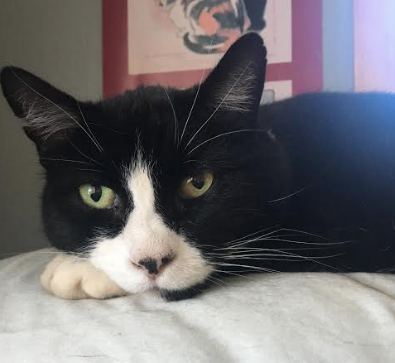 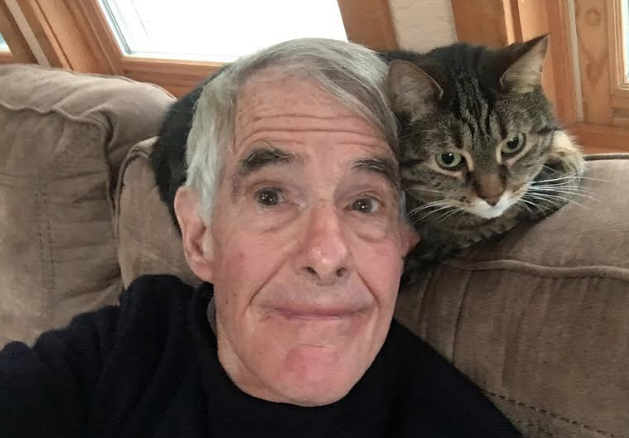 I know, I know, to some it’s like admitting you’re a member of the Communist Party.

But I have gone to the dark side: I now like cats. Even longtime friends may not believe this, but it’s true.

Until a couple of years ago, I was a dog guy through and through. Although I had tolerated felines over the years and have written my share of cat stories (mostly on tabbies who got themselves treed), I didn’t much like them.

In my opinion, they were aloof, independent, opportunistic and really didn’t care about their human guardians. So I returned the I-don’t-give-a-damn favor.

I think we had seven or eight cats when my wife and I split up more than two years ago. I got Stanley – a large semi-feral outdoor cat – and she kept the rest.

My reaction: Well, fine. All I have to do is put out a bowl of dry food every day or two, and Stan will be fine.

After all, this cat was a wily, woods-wise hunter who once ran down and killed a squirrel, then dragged his trophy into the house to show it off.

But Stanley had slowed down in his older age, and began coming in the house more often. Then he started sleeping inside and, finally, he’d jump up on my bed and doze off next to me.

I didn’t mind, and neither did my dog, Lil. I enjoyed hanging with this macho, Steve McQueen style-cat. Even my brother, Chip, liked Stan – and he just doesn’t do cats.

So when Stanley disappeared more than a year ago, I was not happy.  I put up posters (“Missing in action on Yankee Hill”) and called neighbors. Nothing. In his older age, I figured, Stan had slowed a step, and something – raccoon, bobcat, mountain lion? – had caught up with him.

I missed Stanley a lot, and I also guessed that this was likely the end of my short career as “a cat guy.”

It was not: Not only that, but this continuing cat story now becomes a love story. No, no – not me loving a cat, although I really like Jasmine.

Jasmine the cat was the reason that my friend and former Union Democrat colleague Al Mandell was not living with Sharon, the love of his life.

Both are from the Chicago area. They met more than two years ago, hit it off instantly, and were ready for the next step: moving in together.

Except for one thing: Sharon also loved Jasmine, her rescue cat of six years. And Al was allergic to cats. Very allergic.  So it came down to a choice: Al or Jasmine?

After considerable deliberation, Sharon chose Al – but only if she could find a good home for Jasmine.  And she was not having a lot of luck finding one in the Chicago area, so Al called me early last fall.

“You know anyone who might want a cat?” he asked.  And, although I could scarcely believe it myself, I said I might want one.

So, in a cat carrier that fit neatly under an airline seat, Al and Sharon late last September flew Jasmine out to her new home on Yankee Hill.

And Jazz, as I call her, is now my cat. And she couldn’t be more different from Stan.

Jasmine is strictly an indoor cat. The confined Corona world we are all living now in is the only one she knows.

Once I mistakenly left the front door ajar, and Jazz gingerly stepped out. Her eyes grew saucer-wide as she scanned the distant hills, like those of a cave dweller getting a first look at the ocean or a mountain range.

I ushered her back in quickly, and she’s shown no inclination to venture out since.

Jazz likes her comforts. When the heat is on, she’ll lie down on a register and enjoy every bit of the blowing hot air. Or she’ll search for spots of afternoon sunlight on couches, beds or floors.  Lacking these sources, she’ll burrow to the point of disappearance in an old sleeping bag I put in her room.

Jasmine took some time getting used to Lil, but they’re now buddies. She is an endlessly curious cat, and if I leave the kitchen junk drawer open she’ll immediately step into it and begin prowling through my stuff.

And, although I have yet to test her editing skills, Jazz is almost always next to my laptop as I pound out these diary entries. Hope she likes what I’m writing about her.

Like Stanley, she sleeps on my bed every night. Sometimes Jazz is there early, relaxing as I enjoy a book or movie. And sometimes she’s not there when I turn off the light. But she’s always there in the morning.

Jazz is affectionate, loves to be petted and is quick to purr.

Moving the clock back a few months, I could tell that Sharon was having a hard time saying goodbye to Jasmine during our September handoff.

I promised to take good care of her cat, and to regularly send photos.

“And listen,” I also whispered to her at one point during the visit. “If things somehow don’t work between you and Al, you can have Jasmine back.”

Questionable etiquette? Probably. Would Al appreciate this  gesture? Probably not.

But luckily for all four of us, this has not happened.  We’re all happy. And, as long as I keep sending Sharon pics of Jasmine, things should stay that way.